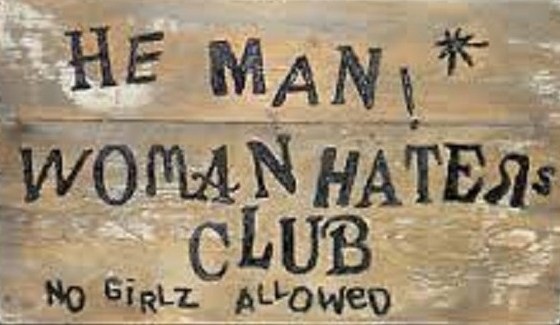 I’m with the latter.

But that doesn’t mean we need to go quietly into this dark regime. Which is getting more and more evil appointment by appointment.

Should we stand by quietly and accept this racist, misogynistic, inhumane roadmap continue unchecked, with no resistance at all, simply signed, sealed delivered as promised while Trump supporters kindly encourage us:

or … here’s an idea: shall we the people speak out, protest in fact, in hope reasonable representatives of Congress (GOP I’m looking at you) and team president-elect pay attention to the loud, persistent American voices of discontent?

Use your phone to be heard by people in power

I’m not arguing on Facebook. I’m just not; it’s baby koalas all day long for me. That said, I’m watching and learning and remembering. For the record, when you support, like or comment on a racist post, I see it. And you can bet I’m judging you. Hard.

But I’m not engaging in banter that floods my feed and poisons my soul.

I’ll call them all day long and leave messages for him to use his influence to thwart a white supremest, anti-semantic, misogynist chief advisor Steve Bannon of the Trump He-Man Woman (black, brown, muslim, jewish, LGBTQ, disability) Haters Club.

(Can’t help but notice, Buckwheat was even invited to this meeting. Figures.)

I dunno, call me crazy, but I think Paul Ryan & Mitch McConnell might have a little more influence than some guy I went to high school with who believes Trump was personally selected by the hand of God to drain the swamp.

(Wo)man, I wish I were joking.

Former congressional staffer Emily Ellsworth has great advice on the best way to contact your reps to make an impact. It’s a quick. Read it here; it’s 140 character nuggets of pure genius. Read it. Then do it.

Call your representatives. Tell them to oppose KKK celebrated Steve Bannon’s appointment as chief strategist. Because.

Don’t know your representative? Don’t be embarrassed; 43% of Americans didn’t bother to vote at all, so here we are in this clusterfuck. That’s 97 million people eligible to vote didn’t, so we get what we vote for. If you’re uncomfortable with that, click here, type in your zip code and waa-laa, your Senators and Representatives at your service.

Or call 202-224-3121 and you will be auto-prompted with zip code and automatically connected to your Senator or Representative by hitting a different number. Easy peasy.

Whaddya say? Here’s a hint: WHAT THE FUCK IS GOING ON?? YOU MUST NOT LET THIS CRAZY CONTINUE. DO SOMETHING NOW.

Maybe not your best approach. Here’s a video example of yours truly calling Congress (different topic, but you’ll get the gist).

‘Voicemail is full’ is good news; so don’t be discouraged. Keep calling. Leave messages and tell your friends to as well. Ringing phones are overwhelming, and aides let their bosses know it; nobody wants to listen to voicemails, but they gotta. It’s their job.

The president-elect is the president-elect, but if you are not on team racism, then we must let him, his pending entourage, and the Congress that surrounds him. Doing nothing and accepting this as just another day at the office, and Trump turns the White House into his own little white supremacist little people playhouse ready to deport and/or jail any small-breasted muslim pussies and their bad hombres media humpin’ friends.

So this cuntface will not shut the fuck up, and while I counter your Facebook posts with “baby koalas,” I will absolutely call Congress [202-224-3121], organize, rally, wave signs, March on Washington January 21, and write it all down, just in case somebody, somewhere is listening.

Doing nothing is accepting this as normal, and this is not normal. It is vile.

Do not let the fabric of our nation further unravel because somebody decided to pour bleach directly on the material when the instructions clearly stated HANDLE WITH CARE.

Sorry about the aggressive all caps.

But you get what I’m saying.

*NaBloPoMo challenge theme interrupted by the unraveling of our American government. The funny will return, just not quite yet.

How to hold writers and other humans accountable to their goals
When hand-me-downs are done, and it’s time for new socks

An irreverent storyteller with a foul mouth and big heart, Kathryn Mayer (aka Kathy and/or Kate) is a writer, humorist, and (former) activist writing out loud with humor and grace about little life moments with big ripples, including the space between parenting and aging parents, social issues, angsty reflections of midlife, and, sigh, gun humpers. Still. Sometimes a big deal, sometimes not Mayer is a national award-winning columnist, according to the National Society of Newspaper Columnists, and her essays have been recognized as Voice of … END_OF_DOCUMENT_TOKEN_TO_BE_REPLACED