It started as a way to get out and get muddy, before sitting down with the grown-ups for Thanksgiving. A couple of families met at the town green usually populated with more geese than people, and a battle for the flag began. 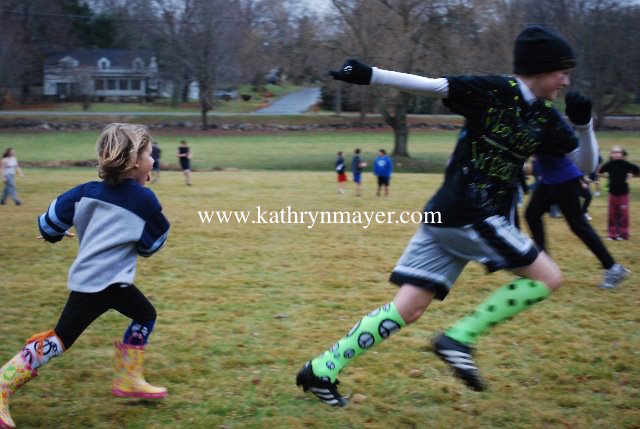 That was maybe 10-15 years ago, but we didn’t keep track, so not quite sure. How we do keep track is with how big the kids are getting year after year, because they all play, or show up and wait to be swept up in the fun.

One year a ways back, before we had the “big kids,” my rather-attractive-husband wanted to know who all these teenagers were invading the game. I had to explain, they’re the same kids as always, they just grew. 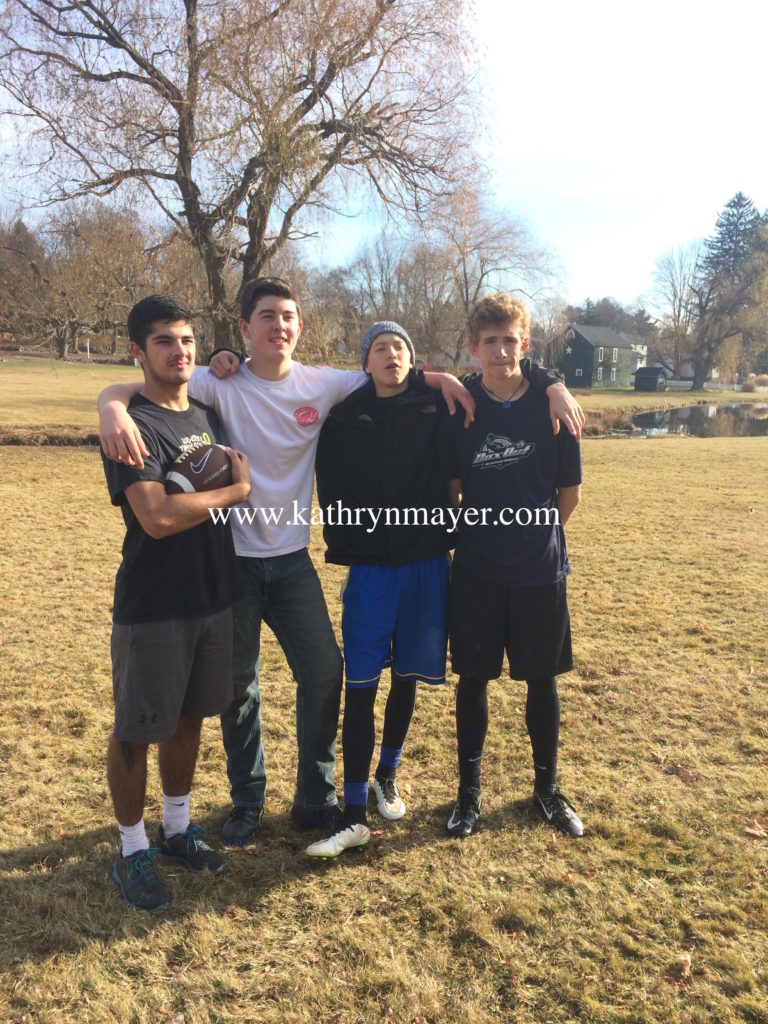 Capture-the-Flag (CTF) is an old-school, outdoor camp game anyone can play as long as they are strategic, sneaky, and a team player. Two teams strategize to capture the flag from the opposing team’s base, and cross it over the dividing line without being tagged, and without the flag (in our case, a tennis ball wrapped in a bandana) touching the ground. If tagged, they must go to jail, to be released if-and-only-if a teammate manages to reach them untouched, and tag them for a free walk back to their own territory. 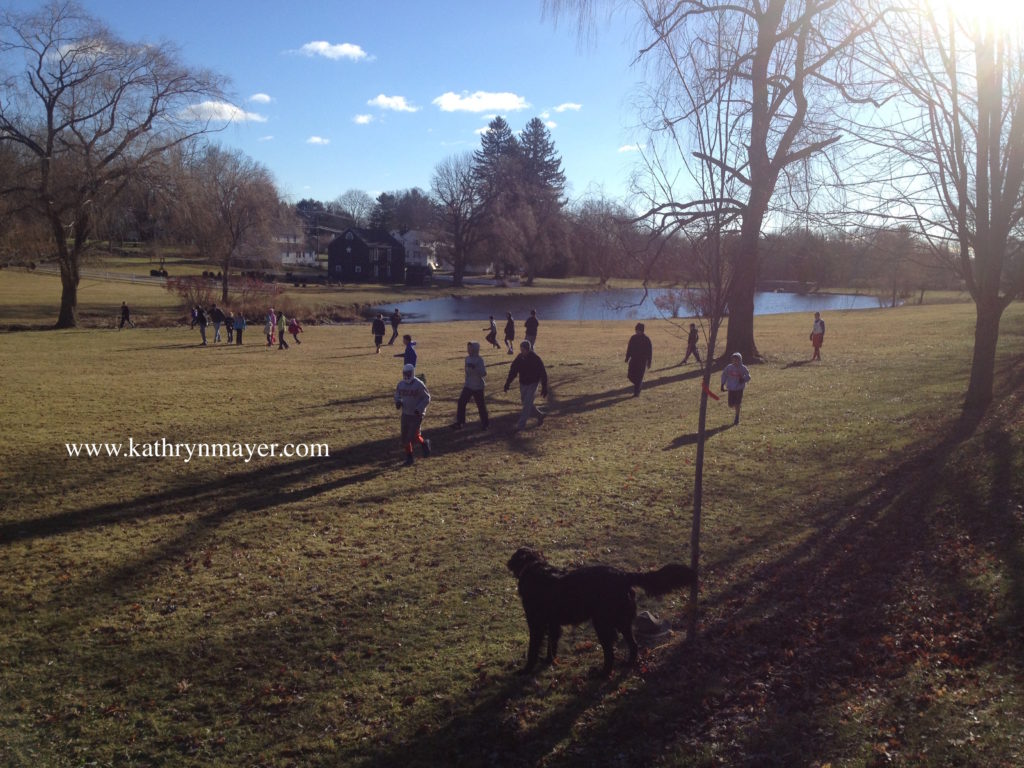 Toddlers to grandparents, high school athletes to hung over college kids, tired parents, newlyweds and townies just driving by, every Thanksgiving morning we’re playing, and they know it. 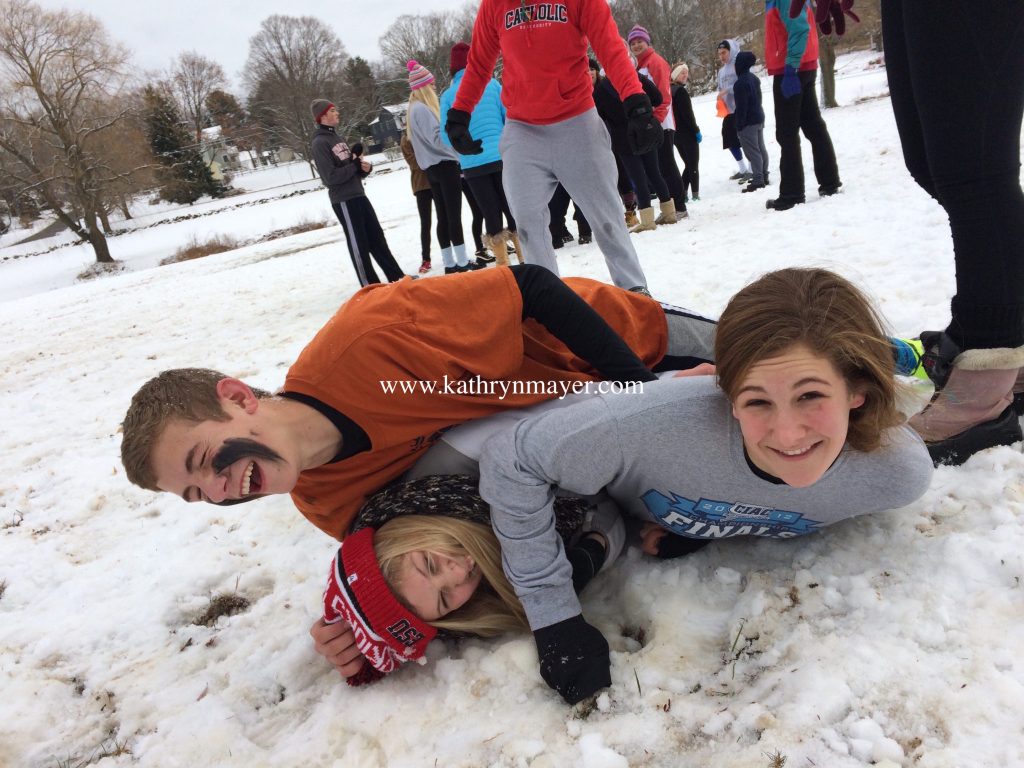 This is serious Capture-the-Flagging. A referees (the rather-attractive husband and any injured teens), are armed with a whistle, and maybe a yellow card or two. The play stands as called – no ifs, ands, or buts. Every year arguments ensue over puppy-dogging, weighted teams, unfair advantages. The refs don’t care. And neither do the players. 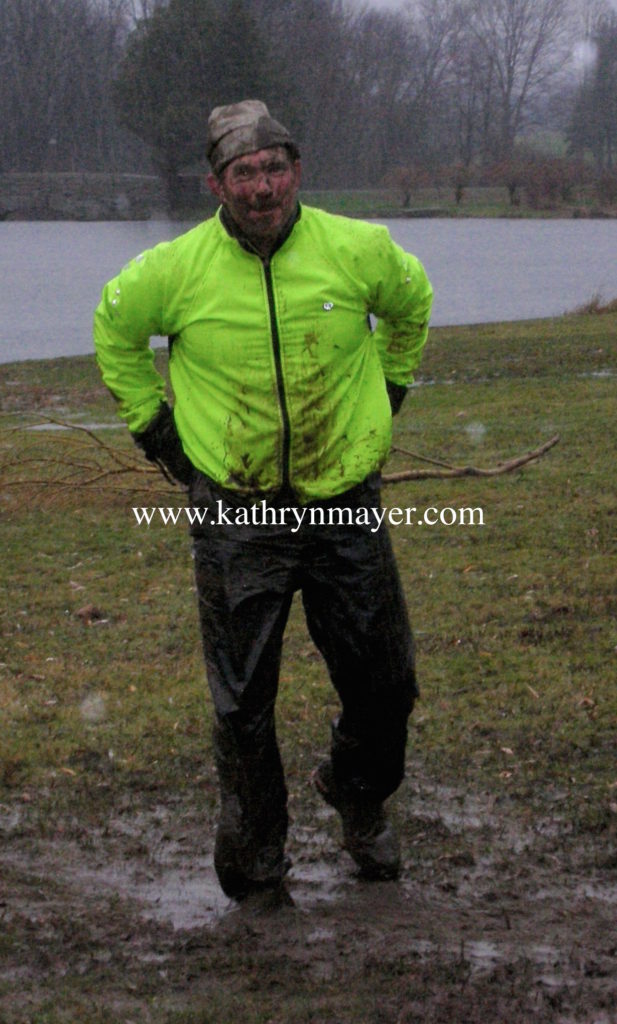 Injuries happen, but always with the middle-aged men having a 1980-something flashback thinking they can catch that kid, when in fact they can’t, and ripped Achilles, torn hamstrings, twisted ankles, and aging knees attest to that fact. It’s the price of not living in the present, and clinging to glory days of yore. It’s time to pass the baton fellas, or maybe the flag.

This tradition is firmly established in the minds of little kids who grew up doing it, mine and others, now returning with friends and fiancés, and this year babies, to see where memories are made.

When my Boy was in middle school, he had a substitute teacher, a local who done grown up and got all educated and came back to sub before leaving again for his PhD. He saw the Boy’s face, and tried to place him. “Capture-the-Flag,” he said. The teacher nodded knowingly; he had been going since he himself was a 7th grader.

These days, 50, 60, maybe 75 people show up, and it’s kinda a big deal. A high school group wanted to host a bake sale here to raise money for their club. Um, no. The Newtown Bee showed up to write a story one year, and I realized I had to market the hell outta this before the town makes me get a permit, pay for a cop to direct traffic, or taxes me for field erosion or something. I wish that were a joke.

So now there’s an entrance fee to play: bagged goods for the local food pantry, and our neighbors deliver. For the past several years, we’ve donated a truckload of non-perishable after each game. A small truck, but still a truckload. Good comes from goose poop.

LOCALS: if you’re reading this, please come. After Turkey Trot, starts at 9, over by 11. Plan to get muddy.

NaBloPoMo November challenge to write daily for November. Thanks for your patience.

An irreverent storyteller with a foul mouth and big heart, Kathryn Mayer (aka Kathy and/or Kate) is a writer, humorist, and (former) activist writing out loud with humor and grace about little life moments with big ripples, including the space between parenting and aging parents, social issues, angsty reflections of midlife, and, sigh, gun humpers. Still. Sometimes a big deal, sometimes not Mayer is a national award-winning columnist, according to the National Society of Newspaper Columnists, and her essays have been recognized as Voice of … END_OF_DOCUMENT_TOKEN_TO_BE_REPLACED