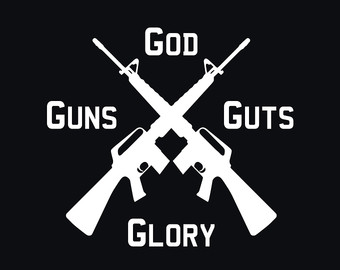 What is open carry? It’s when you got yourself a firearm, and wear it wild-west style, loud and proud, for all the world to see just cuz you can.

Attention K-Mart shoppers! At the library or town park, the movies or the mall, at the road race or concert – just in case trouble erupts, you’re ready to fight back, cuz you’re a good guy with a gun, a god-given gun, and ain’t nobody gonna get the best of you cuz you is ready.

I personally have been accosted by such good guys with guns when I organized protests at NSSF, our friendly, neighborhood gun lobby National Shooting Sports Foundation (NSSF, what the NRA is to gun owners, NSSF is to gun manufacturers. This, and only this, is why common sense gun laws are impossible. Money talks, votes walk.). Often, the opposition often shows up open-carrying their weapons, just cuz.

Always a mediocre white man, teeth optional, cigarettes mandatory, with lots and lots of cammo and flags. They always get in my personal space and taunt me by glaring into my eyes and talking loudly to the guy right behind me about their shooting prowess, the vast amount of weapons they have at home, and how they can get more at any moment.

“Any time, any where, and no soccer mom gonna ever stop me.” Usually followed with a big old wink, or wet tongue lip, or smoochy kissy face in case there was any mistake he was talking to me.
Sexy, right?

It’s frightening and intimidating to see people not smart enough to floss regularly, brandishing a firearm and loudly proclaiming:

“I’ll protect ya honey, should an illegal show up or something. I gotcha covered right here. It’s my god-given right; I ain’t afraid to use it.“

Everything but the hitching post and horse, misogyny armed and at the ready, right here in suburban/rural Connecticut, and I guarantee, at a legislative hearing near you if guns are on the legislative menu.

In Hartford, the gun humping citizens don’t really scare or intimidate me. Not any more. They’re white noise; I’m used to it.

The legislators, the elected representatives who pontificate and blather on and on 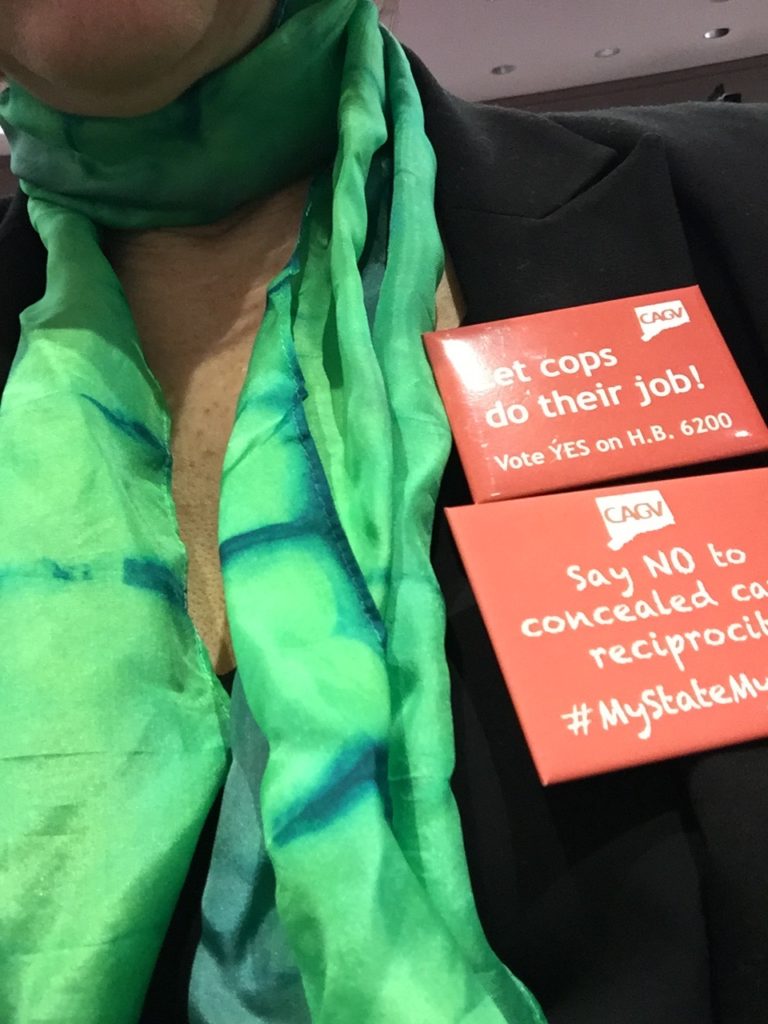 and on about the NRA and constitutional rights and gun safety and citizens and protection, they make me wanna barf.

Open carry is legal in Connecticut – why? whothefuckknows – but it is, with a permit which must be on your body at all times when brandishing your weapon.

Should a cop ask to see said permit, you can say, “NO. No friggin’ way, sir. You’re not the boss of me,” then cross your arms and hold your breath like a toddler temper tantrum.

And there is nothing the officer can do about it.

Get it? You have a gun, wearing it to the local Dunkin Donuts in case they don’t put enough cream in your coffee, or the little league field should the coach not play your kid enough, and should the general public become concerned, maybe call a cop to promote public safety and quell alarm, the cop can then ask to see your permit, but you are not legally required to show it to them.

This is the law in Connecticut, and we have some of the safest, most stringent gun laws in the country.

So here in CT, there was a bill introduced to change this law (HB 6200). NOT the open-carry law, nobody would be brave enough to touch that, but the you-gotta-show-your-permit-when-asked law.

So I trotted my ass to Hartford for the public hearing to share my two cents on how ’bout we change that law and make it if you’re man enough to open carry a deadly weapon, you must show your permit when asked by a police officer.

No brainer right? Like a fishing license. Or hunting license. Or um, driver’s license. “License and registration please?” Waa-laa. Here you go officer, what seems to be the problem?

Except gunhumpers. Gunhumpers are people who value guns more than people. 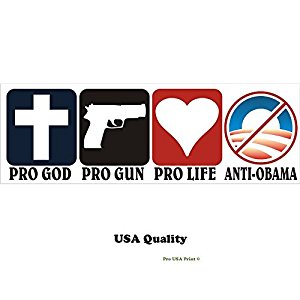 That’s the thing about a public hearing, you gotta invite the public. We all gets to talk, if we can wait out the pontificating and grandstanding and filibustering of committee members, which was going on 5 hours strong when I finally had to leave, but I did get to hear this little gem with my own little lady ears.

What do boobs and guns have in common?

CT State Representative Doug Dubitsky, who ran on the anti-gun control ticket to counter CT’s gun laws enacted after Sandy Hook, loves to sap the public’s time and energy with NRAspeak, but I gotta admit it, he made me sit up and take notice when he compared open-carry to breastfeeding.

Not a joke. Loaded boobs cause public alarm, similar to loaded weapons, and make the public uncomfortable, even though both are perfectly legal. He said it.

Listen to the video if you can possibly stay awake, or go to 21:35 mark and hear for yourself. 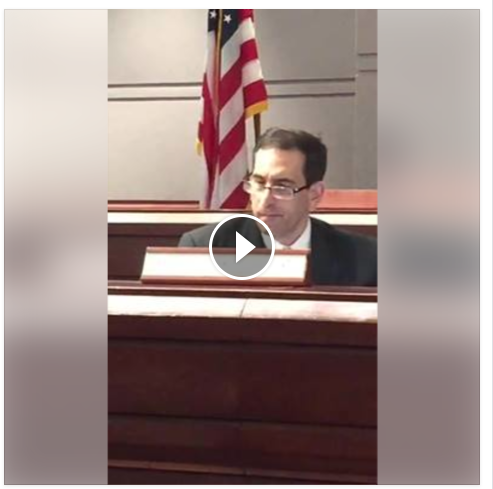 Dubitsky: People get alarmed at a lot of conduct that is perfectly legal.

Dubitsky: There have been reports of people being alarmed by women breastfeeding in public, calling the police and being alarmed about it. That’s something that’s perfectly legal but that woman should not be detained, harassed …

Kane: There are people who would say breastfeeding in public is a little different than carrying a gun in public.

Now, I breastfed four kids, and have the well-worn funbags to prove it. Throughout the 90s, my tits have been rock hard, shirts have been ruined, I’ve gotten breastpump hickeys, and left abandoned breast pads like calling cards at the gym, the couch, in the washer. I’ve used breast pads as coasters, bandaids, and pantyliners. Oh shut up, so have you.

A recollection of breastfeeding with dangerous weapons

I’ve dangled a boob over a crying infant in a car seat going 60 mph on Route 17 headed as we went over the river and through the woods to Grandmother’s house. I’ve had bloody cracked nipples, pumped and dumped, and filled out a bathing suit like I could only dream of all while nursing my kids.

I’ve nursed in amusement parks, dressing rooms, coffee shops, city streets, restaurants, rest-stops. My tits have seen the world and more than enough strangers in the world have seen my breasts. I breastfed one kid long enough so I’d have nice tits for a high school reunion.

I wish I were kidding.

But deadly weapons? I think not. Sure I’ve sprung a leak that was more than a little uncomfortable for anybody getting hosed down, but I’m pretty sure nobody ever died from a boob that sprung a leak or a baby who let go a bit too soon.

If I only knew then what I know now.

When some gun-humping white guy intimidates me by showing me his, I cudda lifted my shirt, ripped the snaps down on my two concealed carries, and fired away.

I’d probably need a crying baby to get me going, but if there was one in earshot, can you even imagine the carnage. I’d be a boobalicious superhero, armed with nothing but double mammies, armed, ready to fire.

Shopping local for hope and change
I’m an asshole parent because … prom.

An irreverent storyteller with a foul mouth and big heart, Kathryn Mayer (aka Kathy and/or Kate) is a writer, humorist, and (former) activist writing out loud with humor and grace about little life moments with big ripples, including the space between parenting and aging parents, social issues, angsty reflections of midlife, and, sigh, gun humpers. Still. Sometimes a big deal, sometimes not Mayer is a national award-winning columnist, according to the National Society of Newspaper Columnists, and her essays have been recognized as Voice of … END_OF_DOCUMENT_TOKEN_TO_BE_REPLACED