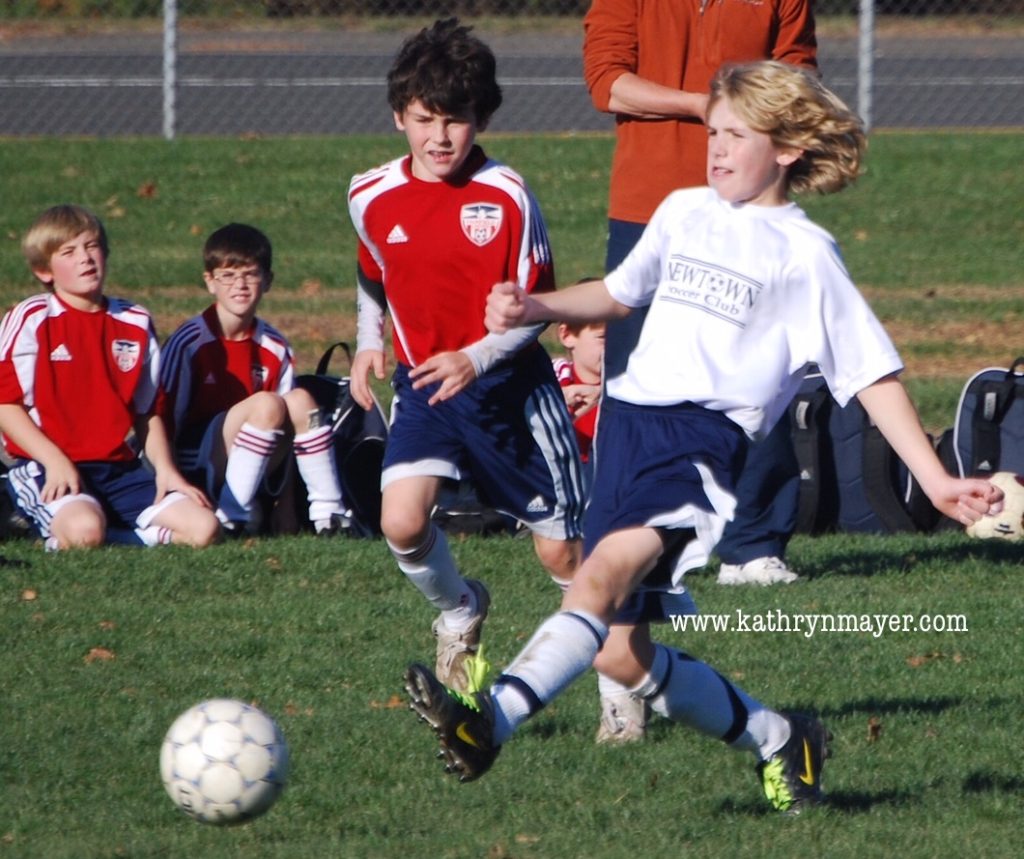 Once upon a time on a soccer field far, far away, or really, just in the center of town on an abandoned psychiatric hospital, a tired, been-there-done-that mom sat behind the soccer goal, underneath the giant pines, with an iced tea and book, and didn’t watch her kid play.

It was a good book.

She was sick of this sports life and her kids weren’t even in high school yet.

The rest of the happy, cheery, friendly faces lined up their mom and dad soccer chairs, with a couple grandmas and grandpas sprinkled in, arm to arm and shared snacks and stories, gossip, tips and techniques for all who would listen.

Which I would not.

I stayed with my iced tea and my book, behind the goal and under the trees, happy to have only one kid to not pay attention to and not the usual four and a half, grateful for rather-attractive-husband depositing other kids at other fields, after which he would circle back through the Newtown Hab-i-Trail like the suburban rodents that we were, to catch part of Boy’s game.

Murphy’s law, it’d be half-time, but he’d get there at some point or another.

Which he did, startling me from my comatose reading, knowing he wouldn’t find me arm-to-arm with the other parents, but instead, unfriendly and unsocial under the pines, behind the goal, nose in book.

“Listen Kate, let’s go over there and make friends. All those parents are gonna think you hate them. And look at him out there,” he said pointing to the boy. “He’s good. Too good. We’re going to be sitting with these parents for the next 10 years of our lives so we at least better get to know their names.”

Get up and go make friends, he said. 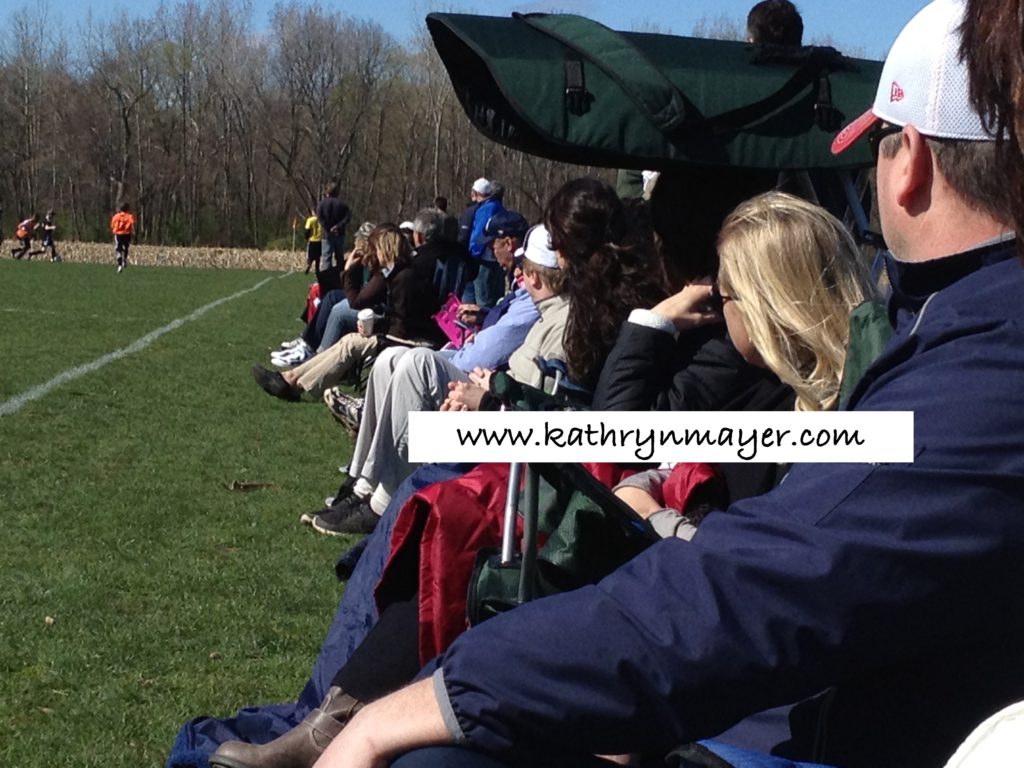 “I don’t even have the right kind of chair,” I whined, folding up my rusting, recycled beach chair that sat inches from the grass and had me scared there were ticks in my cooch.

This parent was thrilled if the kid had shoes on.

This parent most likely forgot a kid at home or at school, and maybe once at a rest-stop, then went racing back pretending she was stuck in traffic.

I relented and went over, unfolding my chair and sitting knee level with the rest of the ‘rents, while rather-attractive-husband made the rounds like mayor of the Oz. 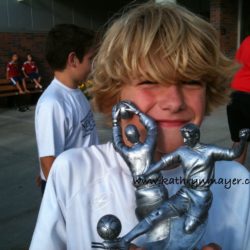 “That one, with the hair,” I said, pointing proudly, I gotta admit, to the little boy running down the field, tongue out in concentration, no World Cup game bigger than the one he was playing right then and there.

The mom smiled, and laughed. And introduced me down the row to more moms and dads, grandmas and grandpas, dogs and little brothers and sisters that spilled out of the sidelines and onto the fields.

They were nice. Really nice. And smart and funny, and sometimes loud and obnoxious, but then, so was I, once I put my book down and started watching.

And so it began, the most amazing friendships from soccer sidelines, a small-town love fest.

A ten-year relationship full of carpools, sweating and sunburns, and freezing and frostbite. Laughing and crying, hotels with hot-tubs full of sweaty boys, birthdays and weddings, unfathomable tragedy and remarkable resilience, band-aids and ice-packs, and dare I say, the very best parents, the very best people, I’ve had the pleasure to sit on the sidelines with.

His senior year of high school soccer started, and I leaned over and asked one mom where her son was looking for college, thrilled to find out it’s on my kid’s list as well. And they might just play soccer.

“Wouldn’t it be awesome if they both ended up there? We could keep doing this? For another four years?”

I said that. Me. The mom with the book behind the goal.

I’m so glad they didn’t have these then:

An irreverent storyteller with a foul mouth and big heart, Kathryn Mayer (aka Kathy and/or Kate) is a writer, humorist, and (former) activist writing out loud with humor and grace about little life moments with big ripples, including the space between parenting and aging parents, social issues, angsty reflections of midlife, and, sigh, gun humpers. Still. Sometimes a big deal, sometimes not Mayer is a national award-winning columnist, according to the National Society of Newspaper Columnists, and her essays have been recognized as Voice of … END_OF_DOCUMENT_TOKEN_TO_BE_REPLACED