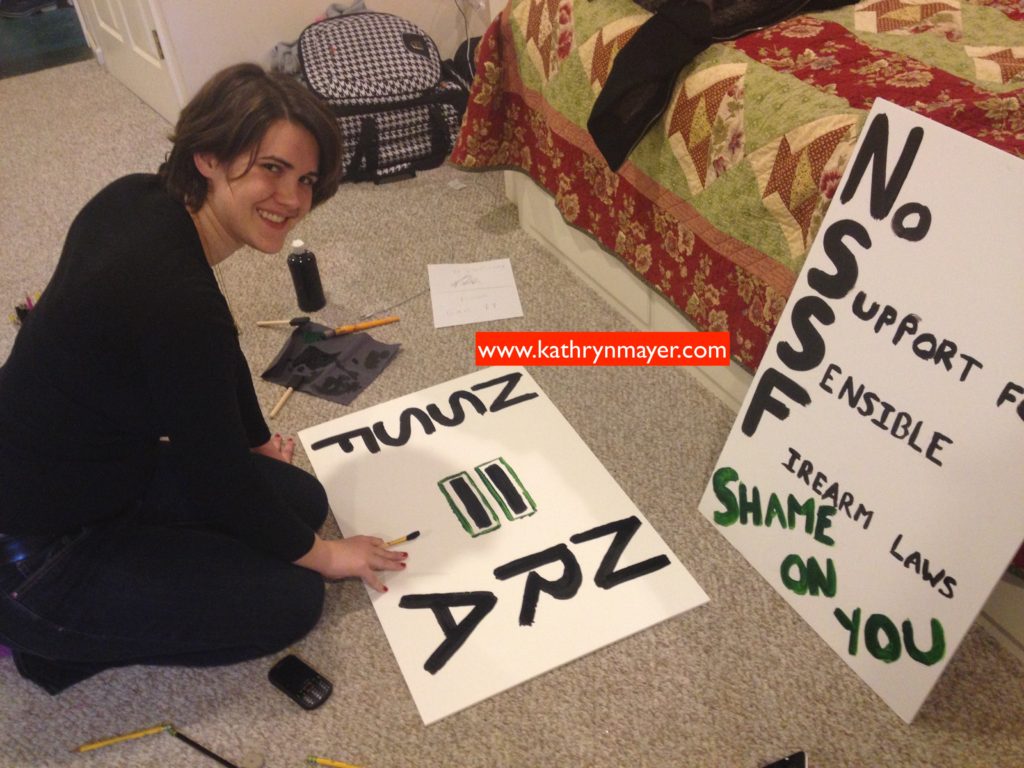 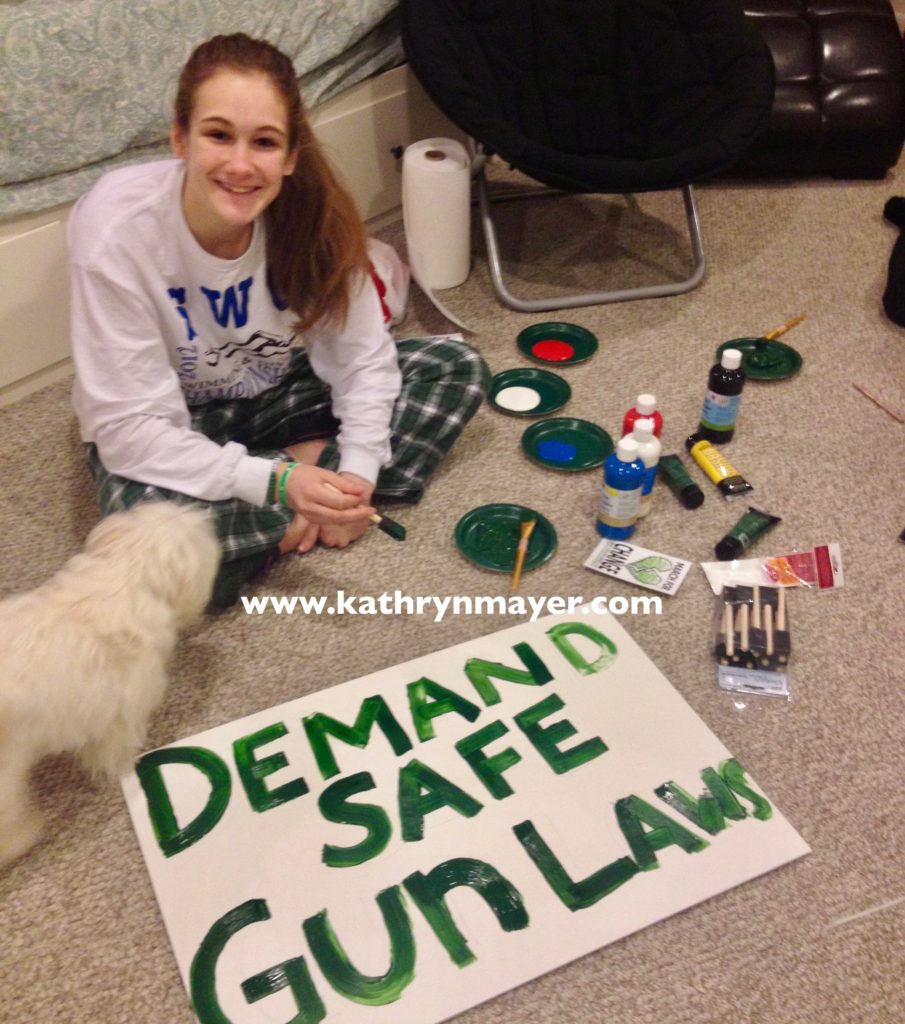 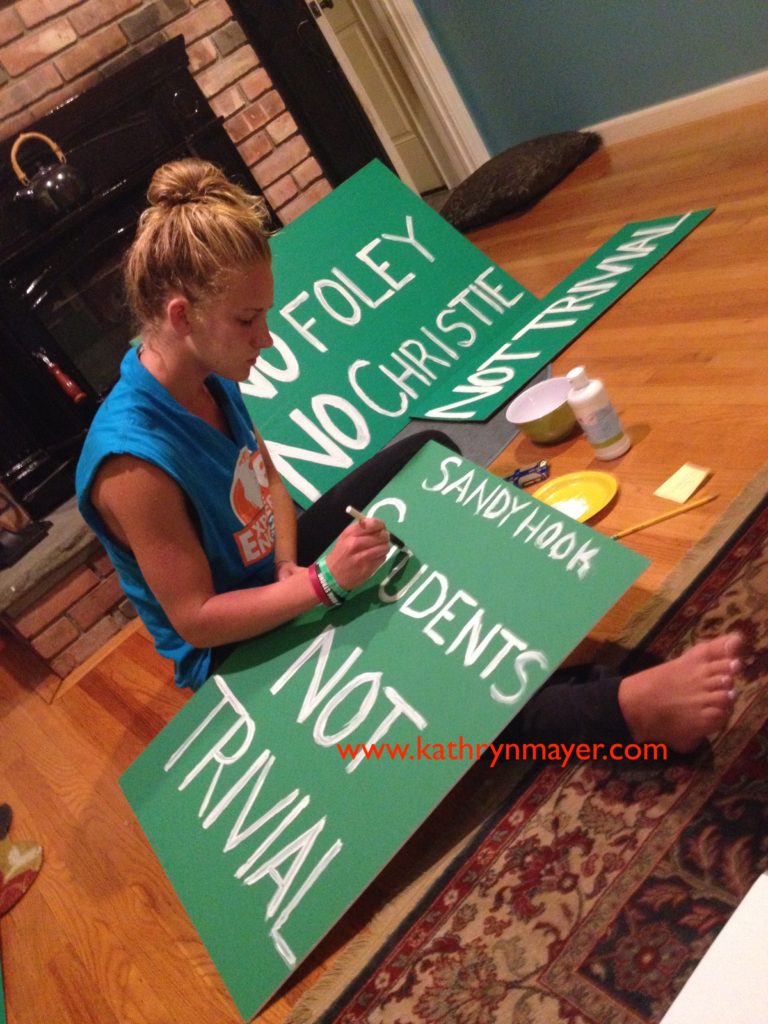 My kids are professional sign makers. Or at least they should be.

They’ve been making signs since a mass shooting in their hometown made Newtown a household name.

They made signs for Hartford to March for Change in February 2013, just two months after the Sandy Hook massacre, the pinnacle of creating Connecticut’s smart, safe gun legislation. 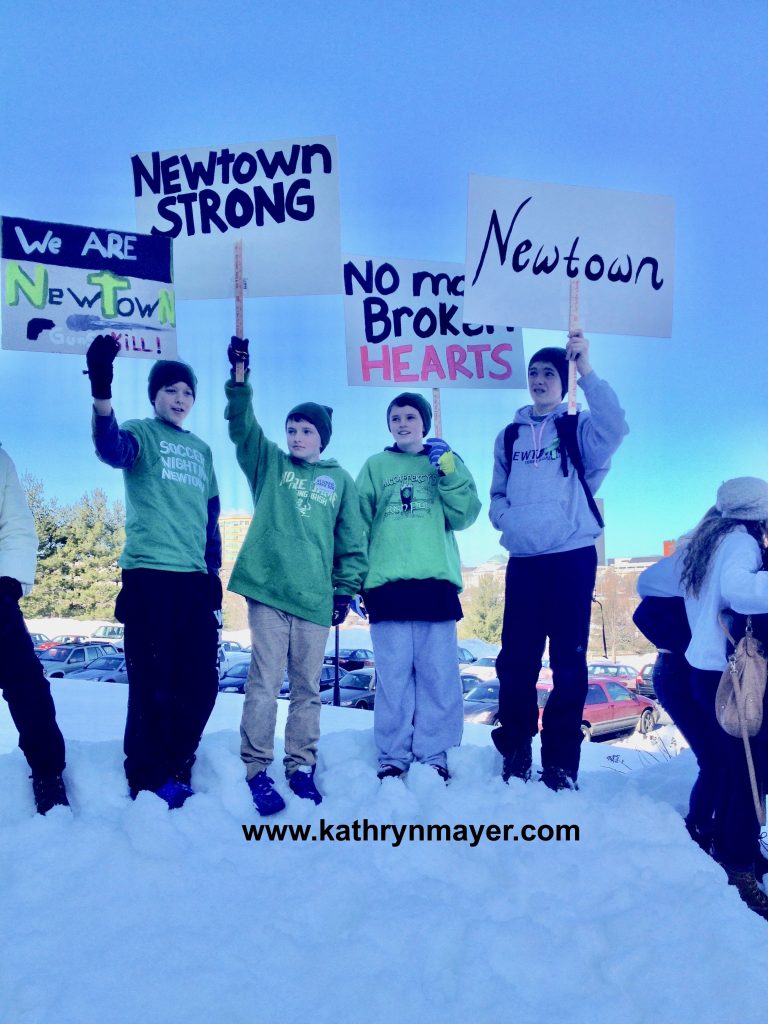 They made signs and share on snapchat and instagram and facebook when another, then another, and another town-school-church-theater made the headlines and sparked rage and action. They made signs for the local Newtown filibuster to counter the one held simultaneously in DC, which subsequently thwarted federal background checks. 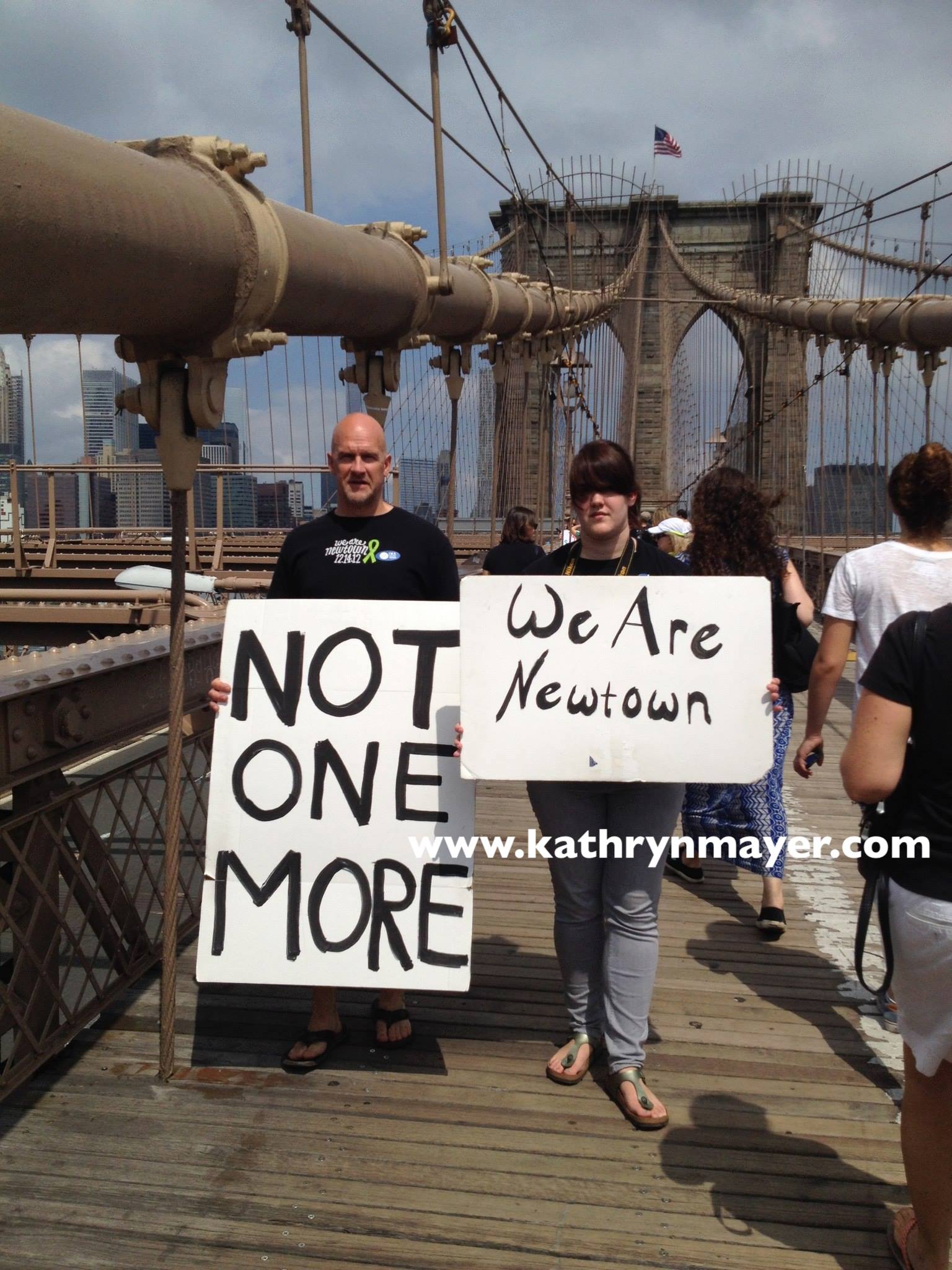 Background checks before buying a gun designed to kill shouldn’t require so many signs.

They made signs for local rallies and long walks across the Hudson River and the Brooklyn Bridge and vigils on the college campuses they call home. They made signs for Team 26’s bike ride to Washington, year after year, and to protest when Chris Christie deemed subsequent gun laws, and their lives, trivial. 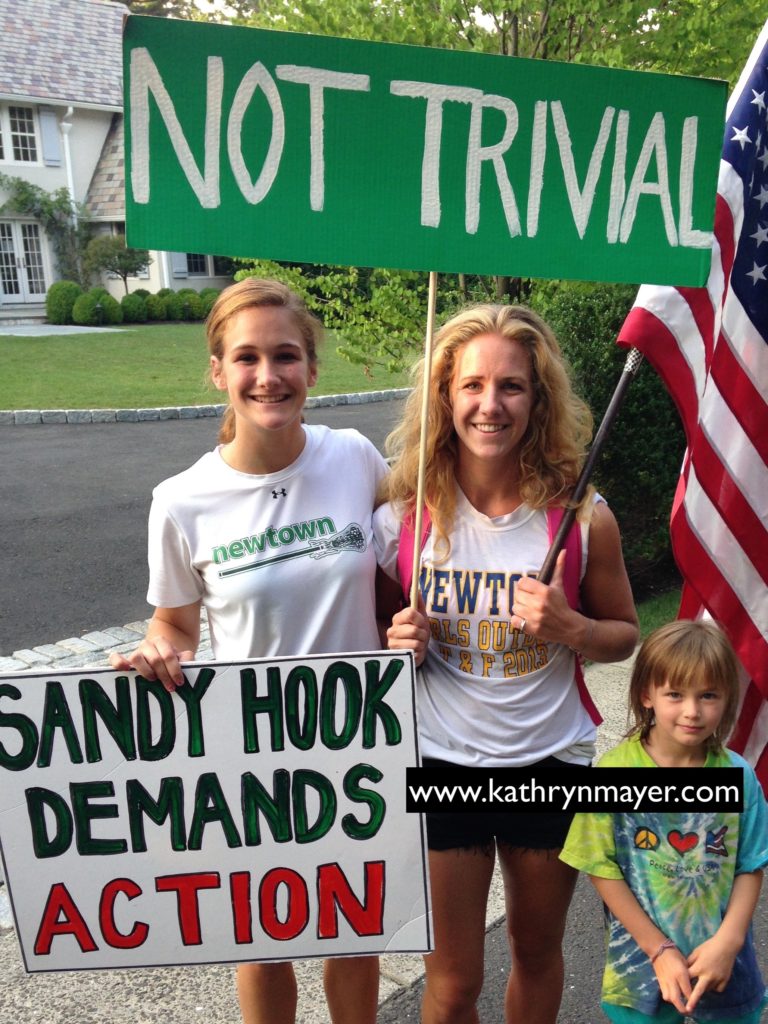 They made signs to honor peers killed on campuses and high schools and movie theaters and city streets and churches far from theirs but connected now, forever, by this sad, tragic, preventable purely American epidemic of gun violence. 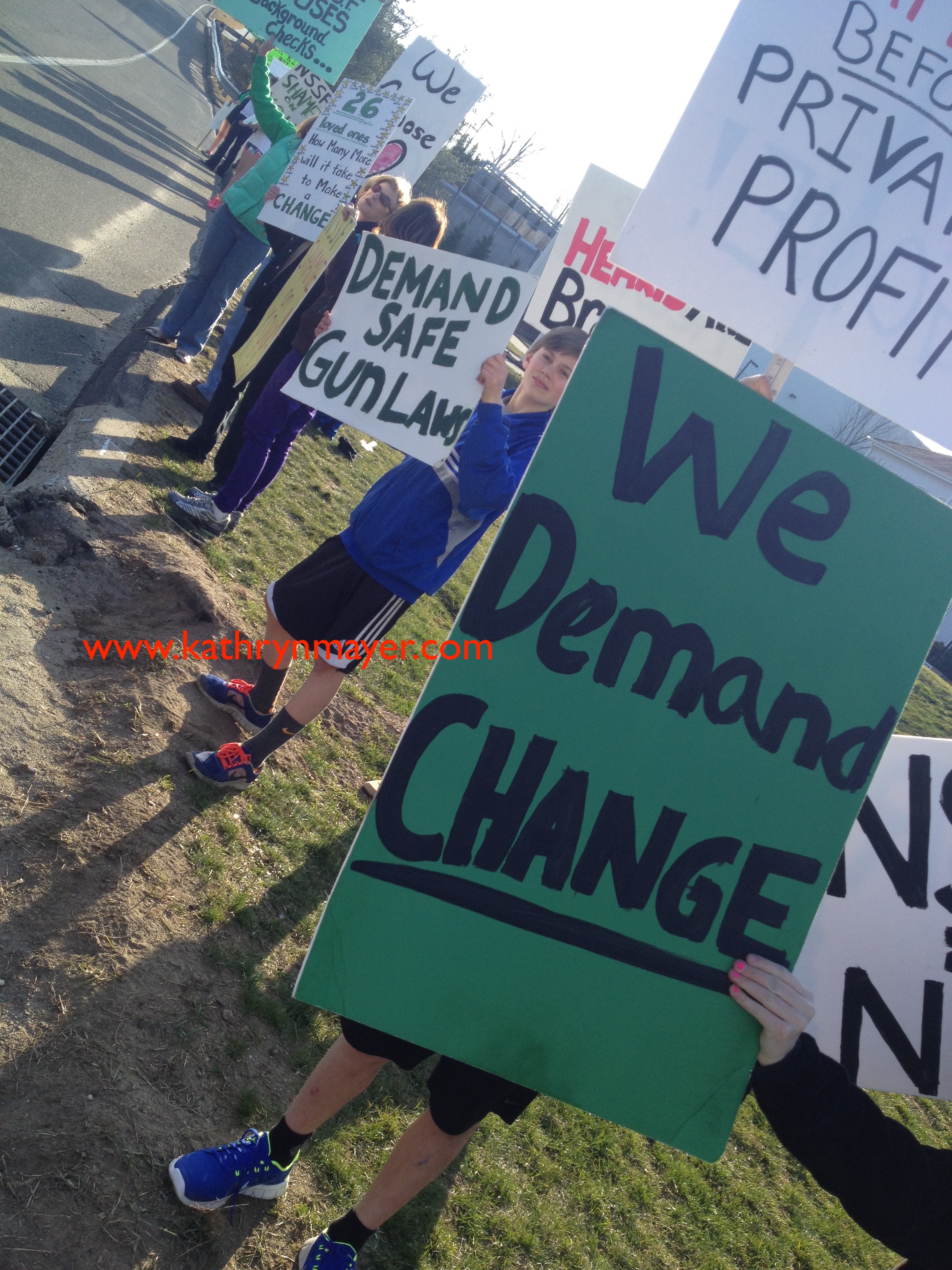 They’ve marched with moms and teachers, friends and family, victims and survivors, organizations and individuals, to honor with action. 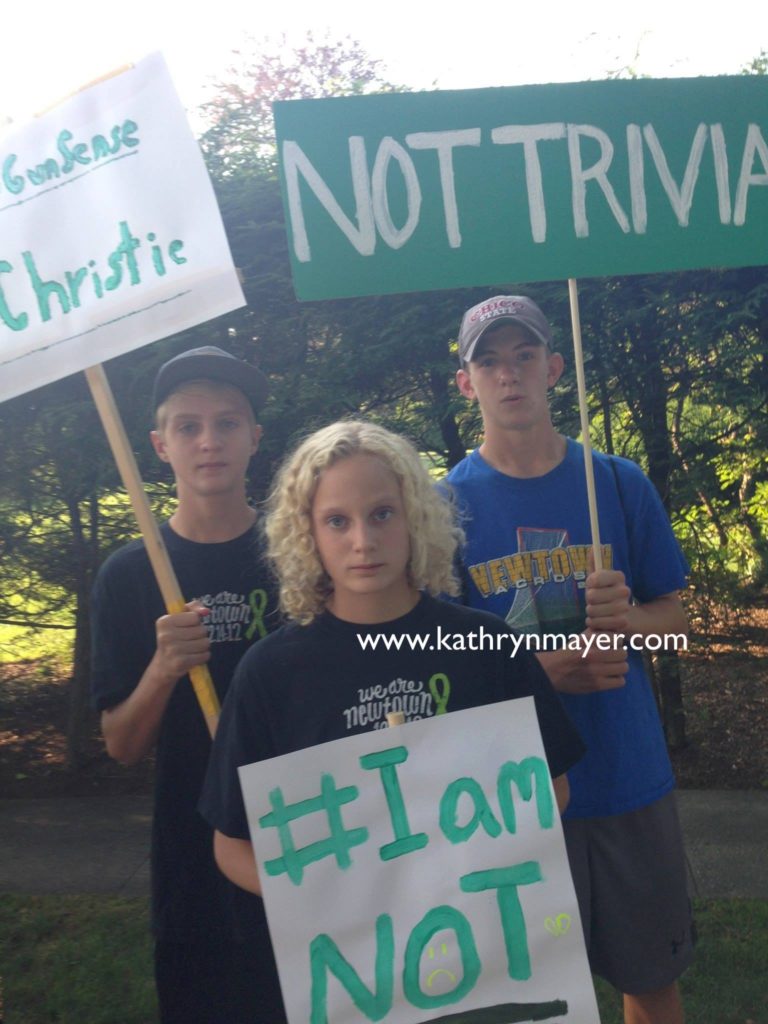 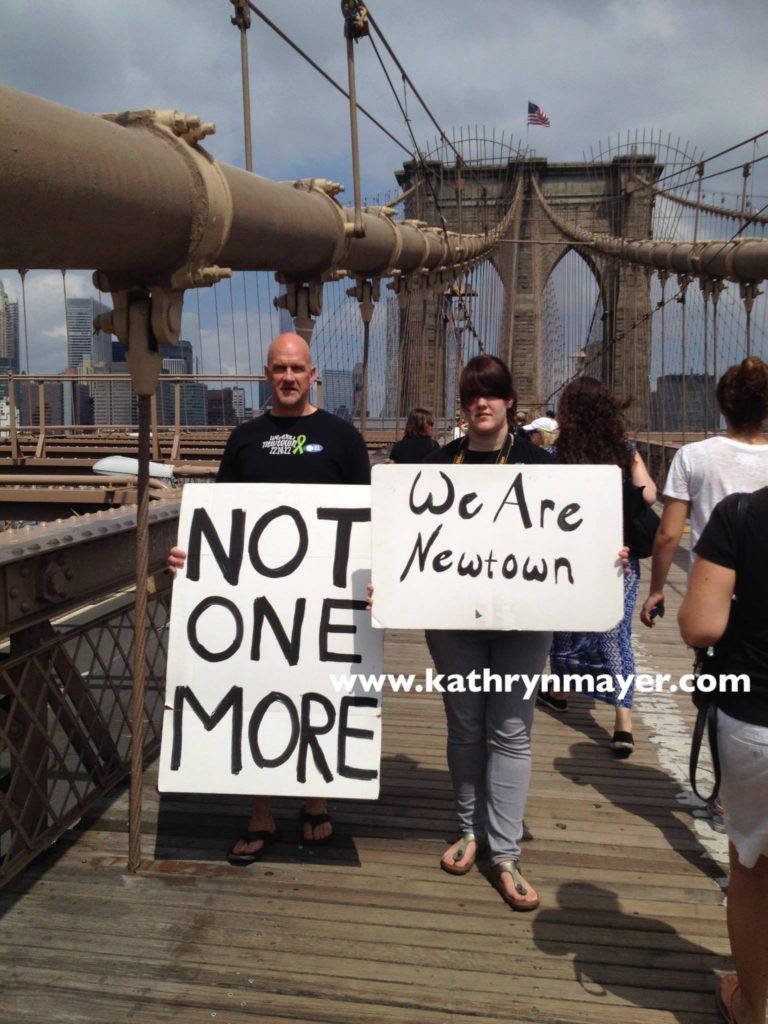 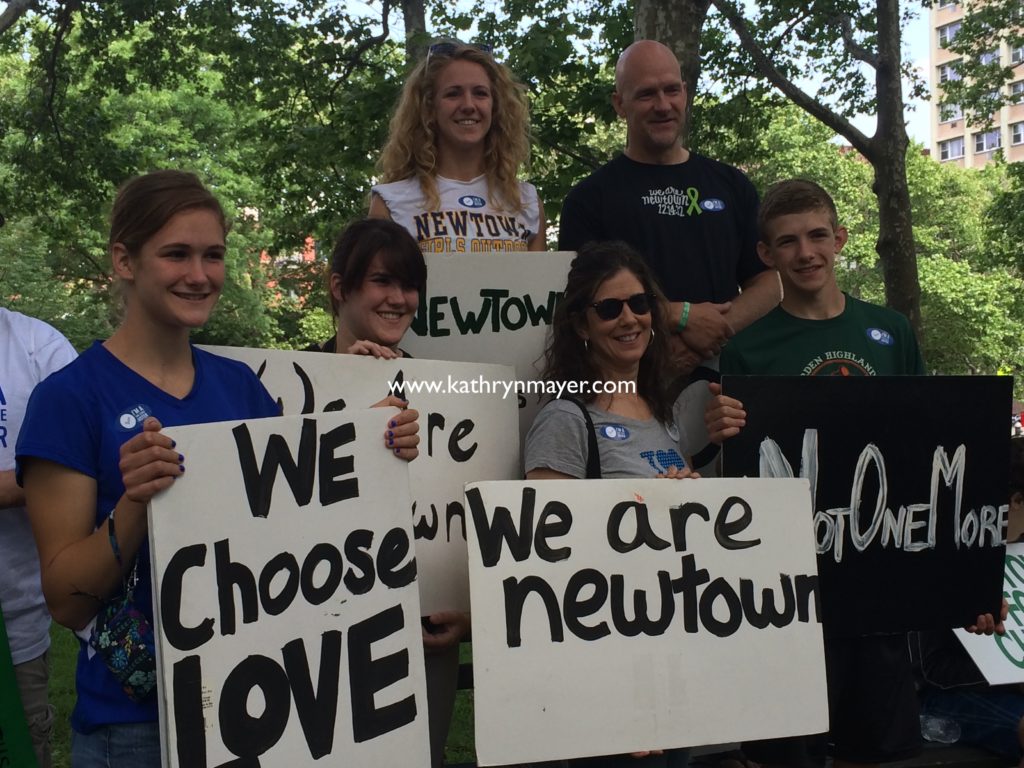 And they did all of this in the shadows of the adults who love them.

Parkland students have ignited a country and used their privilege and microphone to empower not just the youth, but hopefully adults too, to step out of the shadows and walk up to the polls and vote for a world we can all, in fact, live in.

My own are now flown and grown, or just about, and I’m proud to say they’re walking out on their own, making signs on their own, demanding action on their own, marching for their own lives, and, most importantly, registering to vote to make this world their own. 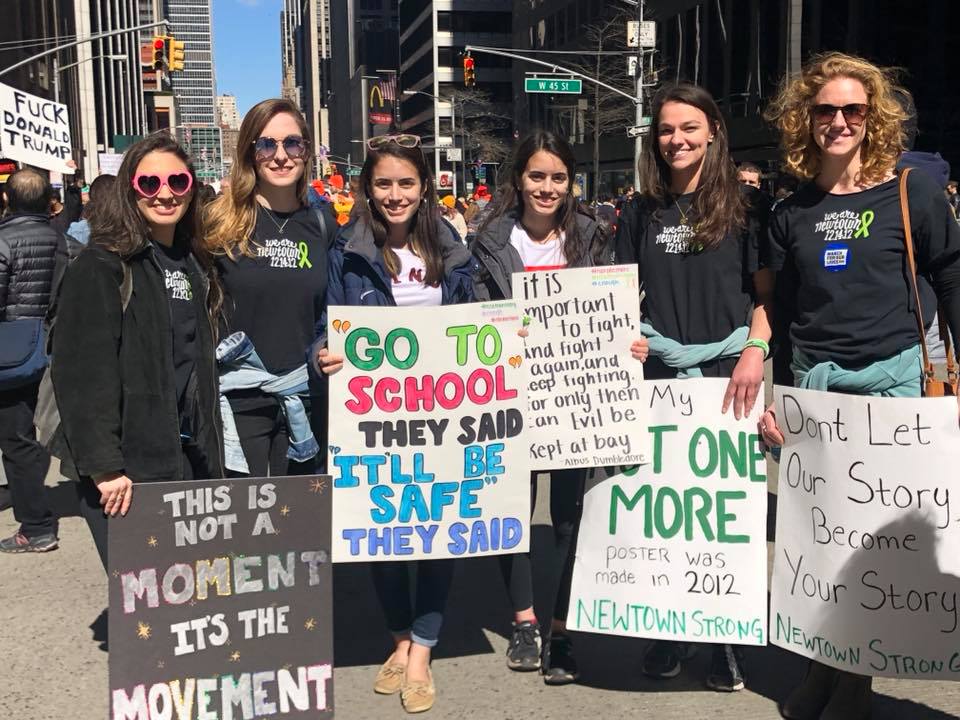 What do you write? This week in writing
When an unexpected guest arrives at your colonoscopy

An irreverent storyteller with a foul mouth and big heart, Kathryn Mayer (aka Kathy and/or Kate) is a writer, humorist, and (former) activist writing out loud with humor and grace about little life moments with big ripples, including the space between parenting and aging parents, social issues, angsty reflections of midlife, and, sigh, gun humpers. Still. Sometimes a big deal, sometimes not Mayer is a national award-winning columnist, according to the National Society of Newspaper Columnists, and her essays have been recognized as Voice of … END_OF_DOCUMENT_TOKEN_TO_BE_REPLACED