So many songs written about broken hearts, I wonder if heartache didn’t occur would music even exist? There are happy songs of course, but those too break hearts that are currently cracked, because happy songs offer endless scenarios of what could be instead of what is. I have a broken heart and I’m doing all the right things, the things doctors and therapists and well-meaning friends tell you to do, not guitar-wielding lyricists.

I’m go to the gym. I’m eat right. I’m get outside most days, if not every day. I’m watch the birds. I’m not drinking. Too much. I’m playing music. I’m dancing, breathing, yoga-ing.

I see friends, and a therapist lady who I’m quite confident thinks, every Monday at 1 pm, here we go again, when week after week, this cliche of a midlife dumpee acts like an eighth-grade girl dumped at her locker.

She wants to talk about my mother.

I want to talk about him.

When I was in 6th grade I loved – LOVED – Paul Parker, who I thought loved me back until I cut my hair like Dorothy Hamill, a bribe from my parents to get a horse – “How ‘bout you cut that hair, Kathy, and we’ll think about it” and I got the horse, but lost the boy to Darlene Dailey, who had long blonde hair and boobs, real ones that needed a bra and not an undershirt, and whose parents owned a candy shop and I only had a Olympian’s bob, a chestnut horse named Jubilee, and an identity crisis.

Cut my hair. Get a horse. No brainer.

I began what would turn out to be years of gender clarification: “I’m a girl, not a boy” generations before you could be both, or neither, or either. Back then, I was tormented by mean kids who teased: ‘look, a boy with earrings’, and to horseshow judges who said, repeatedly: “Son, move forward please,” and I would, and then some would say, oh, sorry darling Didn’t realize you were a girl.

This went on for the next 3-5 years, until my hair grew longer than my lobes, because thankfully my hair was growing quicker than my boobs, which stayed bud (singular) before finally buds (plural), barely, and boobs matter, especially in middle school, but stayed itty bitty titties until I was 6 months pregnant a full decade-plus in the future.

When Paul Parker dumped me, there was no verbal communication, no note folded and folded again and again, and passed back to me, letting me know it was over. No whispering on the bus. No secret meeting in the stairwell.

My only clue was active avoidance, ignoring what was previously a pair, walking by me in the halls, not sitting with me on the bus. I made it through the day, I don’t remember how, I only remember very clearly, walking down the bus steps at the end of a tortuous lonely day, and walking fast up the driveway toward the house, like a fish on a line, no one home yet, tears streaming down my face and saying over and over to myself, don’t look back, don’t look back, keep walking you’re almost home get inside don’t look back. 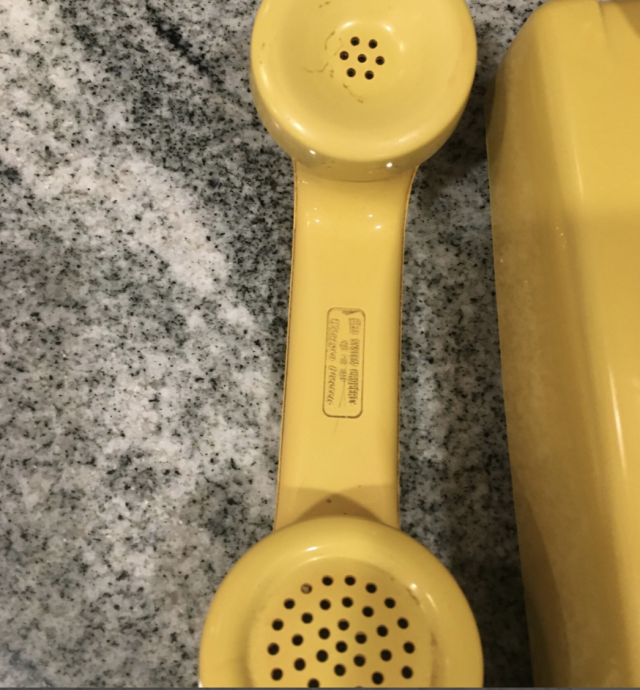 My mom called from work right after I got inside, to make sure I was home, and I remember twisting the barbell of a honey-mustard telephone receiver so the ear piece was suctioned to my ear, but the mouth piece high above the Dorothy Hamill hair, so I could cry, and she wouldn’t hear my silent jagged, barking sobs, like a seal you see far down the beach, making all the movements of a roar, but you hear nothing but waves.

“What’s wrong, Kathy, I can tell something’s wrong,” she said, rare concern from someone who never worried about anything other than is the table set and did you put the dogs out.

“Noth-ing,” I got it out in two exhales, and she accepted that as truth far too easily, and when I hung up the phone I went into my room and hid under my bed, or maybe in the closet, but somewhere tight and close where the walls and floor could hold me and just maybe I wouldn’t fall apart.

It’s like that now, today, all these Paul Parkers later, when I do all the right things, and people ask how I’m doing and I simply respond,
“doing, thanks,” with a convincing smile, then turn and go. Masks help. I’ll give covid that. And sunglasses. I’m incognito, walking the aisles of the grocery store or Target, except for the tell-tale heart beating so loud it might set off a security alarm.

Divert, deflect. Hopefully they don’t talk, because I’m not that nice. Not anymore. I really really don’t want to know. 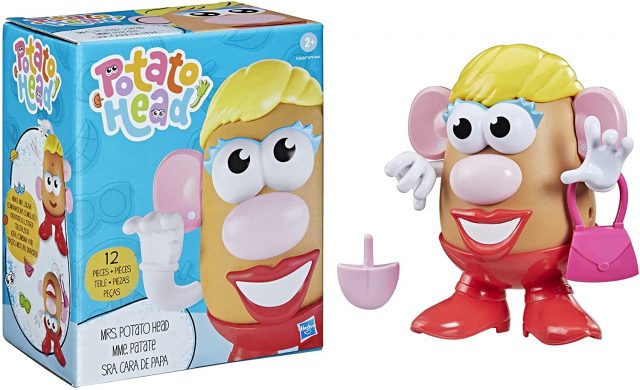 I walk away, fast, not looking back, and search for a tight space to hold the pieces of me breaking off like Mrs. Potato Head or a long-loved barbie found years later, moldy, legless, naked, with a bad attempt at bangs, forgotten under the backseat of a mini-van so many car seats ago.

Perhaps maybe I should follow less of a self-care (god I fucking hate that term) ritual and more and a dig my key into the side of his pretty little four-wheel drive, except the four-wheel drive is too far to reach, but yes, I’d love to take a Louisville slugger to both headlights, but that’s not appropriate.

Instead, I’m supposed to smile and say we grew apart but how is that even possible when we grew so long together, and I didn’t even get a pony out of the deal. We did grow apart, quite literally, not my choice, not my ask, in fact, exactly the opposite, but you can’t always get what you want.

Anyway, I’m way too pretty for prison and while this ain’t your mama’s broken heart, it is mine, and I truly, truly thought the bones were so so so good and sure, the house is still standing, but I’m falling away piece by piece, despite all the exercise and breathing and therapy in the world.

But here I am.

Inside, though, the bones aren’t so good, and there’s nothing left to hold me together, even though tomorrow I will try again anyway.

Prompt exercise: (Margaret facilitator sept 2021): change the lyrics to a song; use music/song as prompt)

Miking the cake: a birthday tradition
How to care for your body and soul

An irreverent storyteller with a foul mouth and big heart, Kathryn Mayer (aka Kathy and/or Kate) is a writer, humorist, and (former) activist writing out loud with humor and grace about little life moments with big ripples, including the space between parenting and aging parents, social issues, angsty reflections of midlife, and, sigh, gun humpers. Still. Sometimes a big deal, sometimes not Mayer is a national award-winning columnist, according to the National Society of Newspaper Columnists, and her essays have been recognized as Voice of … END_OF_DOCUMENT_TOKEN_TO_BE_REPLACED