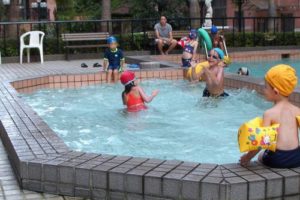 I love my new job.

I like my old jobs, too, which I’m afraid to ditch as I’m convinced new bosslady is going to wake up and realize she’s been Punk’d by a return-to-work mom who has a ga-billion ideas bouncing off her neurons, but not a hint of know-how to make them happen.

I work at home, and let bosslady know I’m putting in the time by updating her. A lot. I email, text, tweet and Facebook stalk to see where’s she’s been and what she’s up to, and give her my play-by-play.

It’s what my other boss expects me to do, down to 15 minute intervals. He wants accountability for every minute of my paycheck. Fair enough, as it is his money, but really? For 5 hour work weeks? Enough is enough.

This new bosslady doesn’t want to know nothing. She thinks like social media mecca Chris Brogan and knows results will be imminent, but not immediately evident. But that doesn’t stop me from the constant barrage of marco-polo, and checking email/twitter/text 10x a day for a response.

But I won’t be ignored.

And she won’t respond.

So it’s this vicious circle of me acting like the kid in the kiddie pool:

Bosslady doesn’t want to watch. She doesn’t micromanage. She hired me and turned me loose. She trusts me and while she doesn’t want to hear what I’m doing every second of the day, she does want results. Eventually.

It’s my job to stop clamoring for attention and acknowledgement for doing the work and simply do the work.

Which is what I used to do so well, until taking a decade of down-time really nicked that reputation and now? Now I’m that kid in the pool, bugging everybody around them.

I need to just shut up and swim.

But what’s up with my constant need for reassurance? Is it because bossman is so stringent? Or because after a decade out of the workforce, I’m still not convinced I’m the right woman for the job?

Early Dismissal Sends Shit Flying
This is Only a Test

An irreverent storyteller with a foul mouth and big heart, Kathryn Mayer (aka Kathy and/or Kate) is a writer, humorist, and (former) activist writing out loud with humor and grace about little life moments with big ripples, including the space between parenting and aging parents, social issues, angsty reflections of midlife, and, sigh, gun humpers. Still. Sometimes a big deal, sometimes not Mayer is a national award-winning columnist, according to the National Society of Newspaper Columnists, and her essays have been recognized as Voice of … END_OF_DOCUMENT_TOKEN_TO_BE_REPLACED