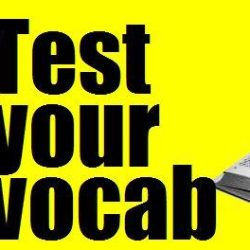 Way back when Kid1 was a itty bitty middle schooler, blow-jobs were the talk of (sub)urban (mom) tales. Everyone, it seemed, was either giving or getting blow-jobs. Everyone. (disclaimer: not rather attractive husband, for that I can vouch.)

Mostly it was big gossip out and about at the middle school. Blow-jobs seemed epidemic, if you believed the moms in the grocery stores, and everyone was getting blow-jobs. Or at least everyone with a penis. Girls were giving. Or so the tales were being told: not by the kids, but by the parents. Kinda like harvesting internal organs or Mikey dying from Pop Rocks, except dirtier, and people (moms) could judge  other moms. Bottom line was little kids still believing in Santa and sleeping with American Girl Dolls were using the word blow-job with every exhale. The term was very popular, while I’m fairly confident the act was not.

Now remember, this was waaaayyyy back in 2005 and cell phones did not exist for middle schoolers (believe it or not), and one desk-top computer was in our home with limited access if any. Ahhh, the good ol’ days.

So I asked Kid1 about the whole blow-job thing. I asked her specifically if she knew what a blow-job was, and the horror on her face was instantaneous.

“Not okay, MOM! STOP! I know, alright? I know what a blow-job is. Everyone does.”

Okay, so what is it?

“Geesh, why are you like this? I told you I know. I KNOW, okay? I KNOW ALREADY.” Friendly little miserable 13 year old hormonal beast that she was.

What is it? Tell me.

Now this is the oldest kid, so she had nothing but Barney and Abba and Disney and show tunes. I was a good first kid parent; the Boy has Eminem and New Girl and South Park. Let’s face it, I’m not done parenting, but I’m pretty frickin’ tired.

So I asked her: “What’s that? Specifically: what is, exactly, oral sex?”

Big sigh. But neurons snapping.  Her cerebral cortex couldn’t turn down the challenge and kicked into gear: she’s a smart one, this Kid1.

“Well, oral means talking, and sex is human reproduction. So it’s talking about sex. A lot of talking about a lot of sex I suppose.”

She was shocked. Wrong?? Not possible! She was not used to being wrong, and not very good about accepting criticism. (still)

“I’m wrong??? Talking, sex, oral …sexual reproduction, oral, verbal?”  You could see her working through the process. Where was the error? The miscalculation? How could she be wrong?

So I told her.

Blow job is a very common slang for oral sex. For … are you ready? Oral sex: penis. In mouth. Blow-job. Penis in mouth: and it counts. It’s sex. And, but the way, it’s often not very good sex for the mouth person. So I’ve heard.

Way. It is so. So don’t be using words when you don’t know what they mean. Find out. It’s okay to not know, it’s not okay to walk around like you know what you’re talking about, when clearly you don’t. Find out. If you don’t want to ask me, ask Dad. Or whatever. But don’t use the computer to search it. Don’t. Promise?”

“NOT ASKING DAD. But seriously, Mom? Are you sure?”

“I’m sure. Promise you won’t search this on the internet? And careful how you use words you don’t know. There’s more. Way more. And I can guarantee most kids that are using it willy-nilly have no clue what it means.”

“Oh, they don’t!!! Wait ’til I tell them! Disgusting! And I will NEVER say it again. Ewwwww, that’s just soooooo gross!”

Don’t use words you don’t know how to use. Don’t repeat them until you know if, when and how to use them. Got it? Doesn’t make you cool, makes you stupid. You’re smarter than that. And blow-jobs are sex. Got it?

“Please stop Mom. Please. I got it. Just stop.”

So there’s the blow-job story. Can’t wait for the spam on this one.

An irreverent storyteller with a foul mouth and big heart, Kathryn Mayer (aka Kathy and/or Kate) is a writer, humorist, and (former) activist writing out loud with humor and grace about little life moments with big ripples, including the space between parenting and aging parents, social issues, angsty reflections of midlife, and, sigh, gun humpers. Still. Sometimes a big deal, sometimes not Mayer is a national award-winning columnist, according to the National Society of Newspaper Columnists, and her essays have been recognized as Voice of … END_OF_DOCUMENT_TOKEN_TO_BE_REPLACED