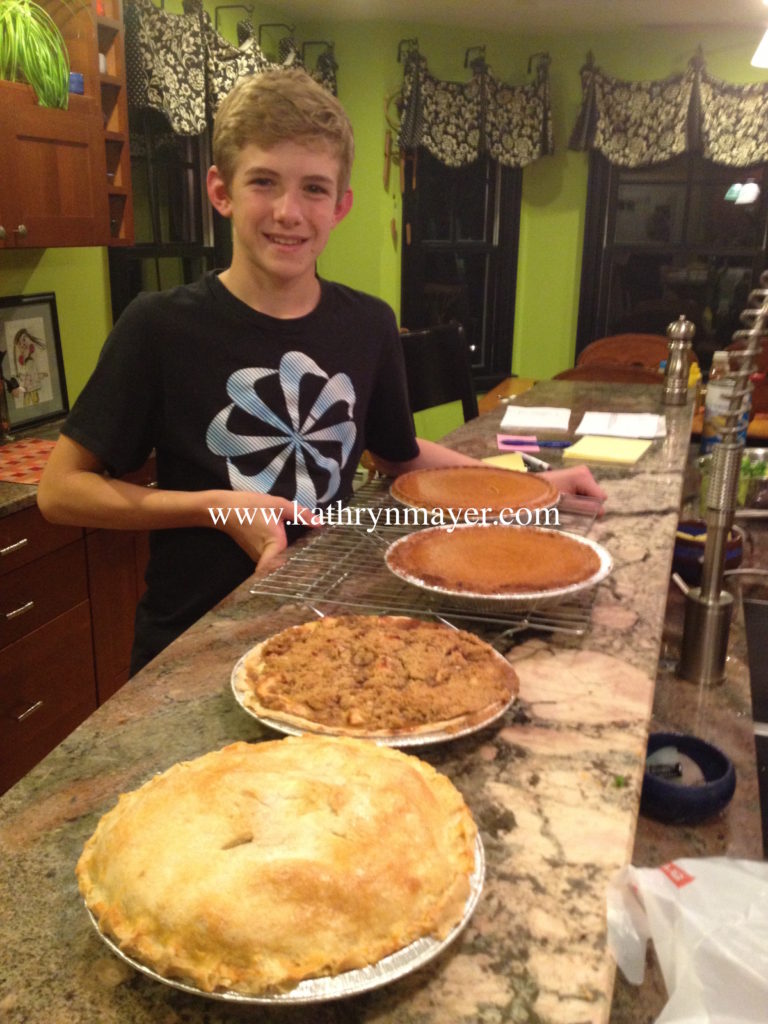 Not the pie baking, but kid making. Actually, the kid making is long done, so I guess I mean kid growing, because the youngest gave me the best Thanksgiving ultimatum ever, so I may now claim, my job here is done.

Here’s how the pie making went down:

Every Thanksgiving Eve, Boy is the pie-maker, taking over from his grandma when she stopped making the over the river and threw the I84 traffic. Boy is in charge, and orders his sisters around the kitchen with authority they almost, but not quite, respect. With music blasting, lots of fighting, laughing, and sometimes power tools, they get to work creating the pies for Thanksgiving dinner.

He can’t wait for them to get home from college and adulting, so they can make pies for Thanksgiving, and for a short time, he is reminded what it’s like to not be an only child.

He’s an extraordinary pie baker, has been for years. He’s mastered my mother-in-law’s perfect pie crust, and is in the running for eventually getting to her pie master level. Maybe. Someday. 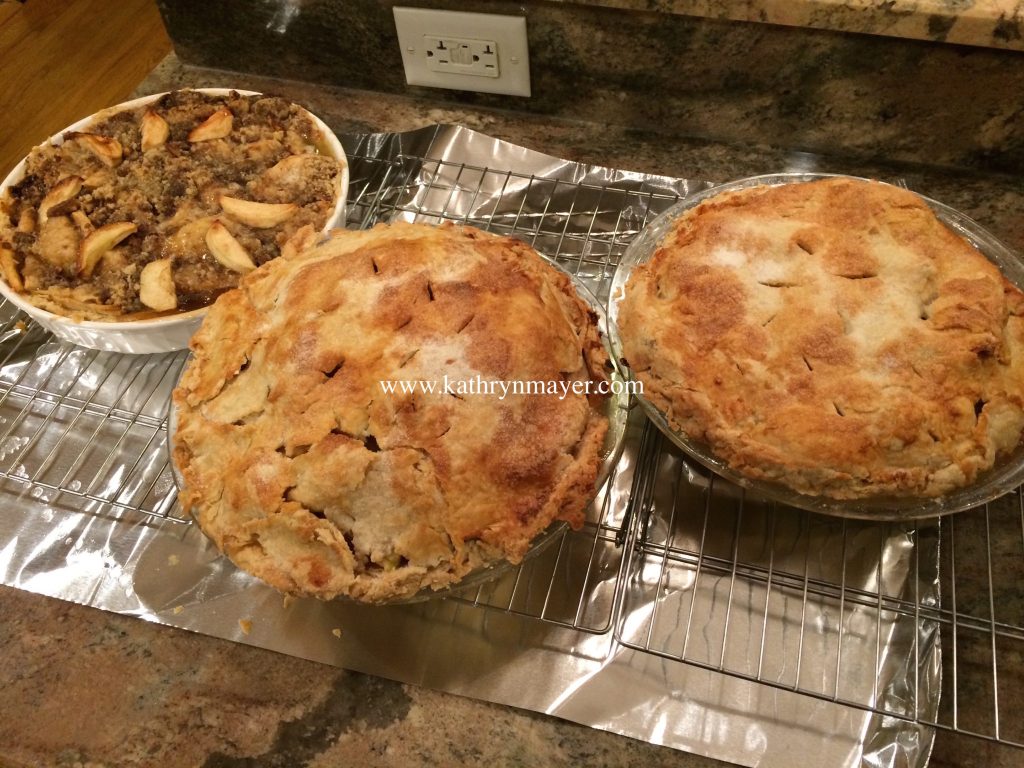 This year was bound to be different, as doctor appointments have taken up much of the month, culminating with my number four’s minor surgery yesterday. He’ll be fine, no worries there.

But I did ask him if he wanted me to order pies, because he’d be recovering from surgery, and would not be up to it.

He was incredulous, adamant, and a little pissed off at the suggestion.

“No way! Mom!! Are you kidding me? I make the pies on Wednesday night with my sisters!”

So as you can see, my job here is done.

Family capture-the-flag Thanksgiving tradition, goose poop and all
Thanksgiving homecoming: They came. They ate. They slept.

An irreverent storyteller with a foul mouth and big heart, Kathryn Mayer (aka Kathy and/or Kate) is a writer, humorist, and (former) activist writing out loud with humor and grace about little life moments with big ripples, including the space between parenting and aging parents, social issues, angsty reflections of midlife, and, sigh, gun humpers. Still. Sometimes a big deal, sometimes not Mayer is a national award-winning columnist, according to the National Society of Newspaper Columnists, and her essays have been recognized as Voice of … END_OF_DOCUMENT_TOKEN_TO_BE_REPLACED