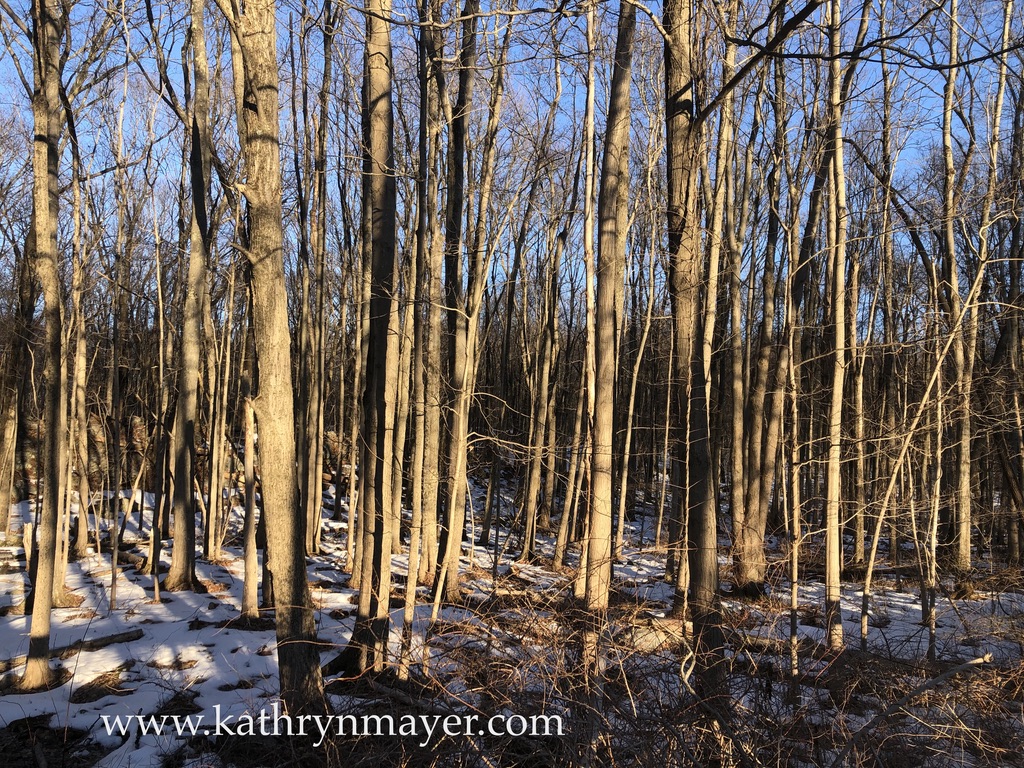 The sky is brighter – clearer, softer, fresher – but you wouldn’t know that if you never went anywhere else. You have to leave, to appreciate the brightness of the night sky, or how the sun sits so low in the sky in the winter, like a stone being skipped across the horizon of a gray lake before sinking underneath. 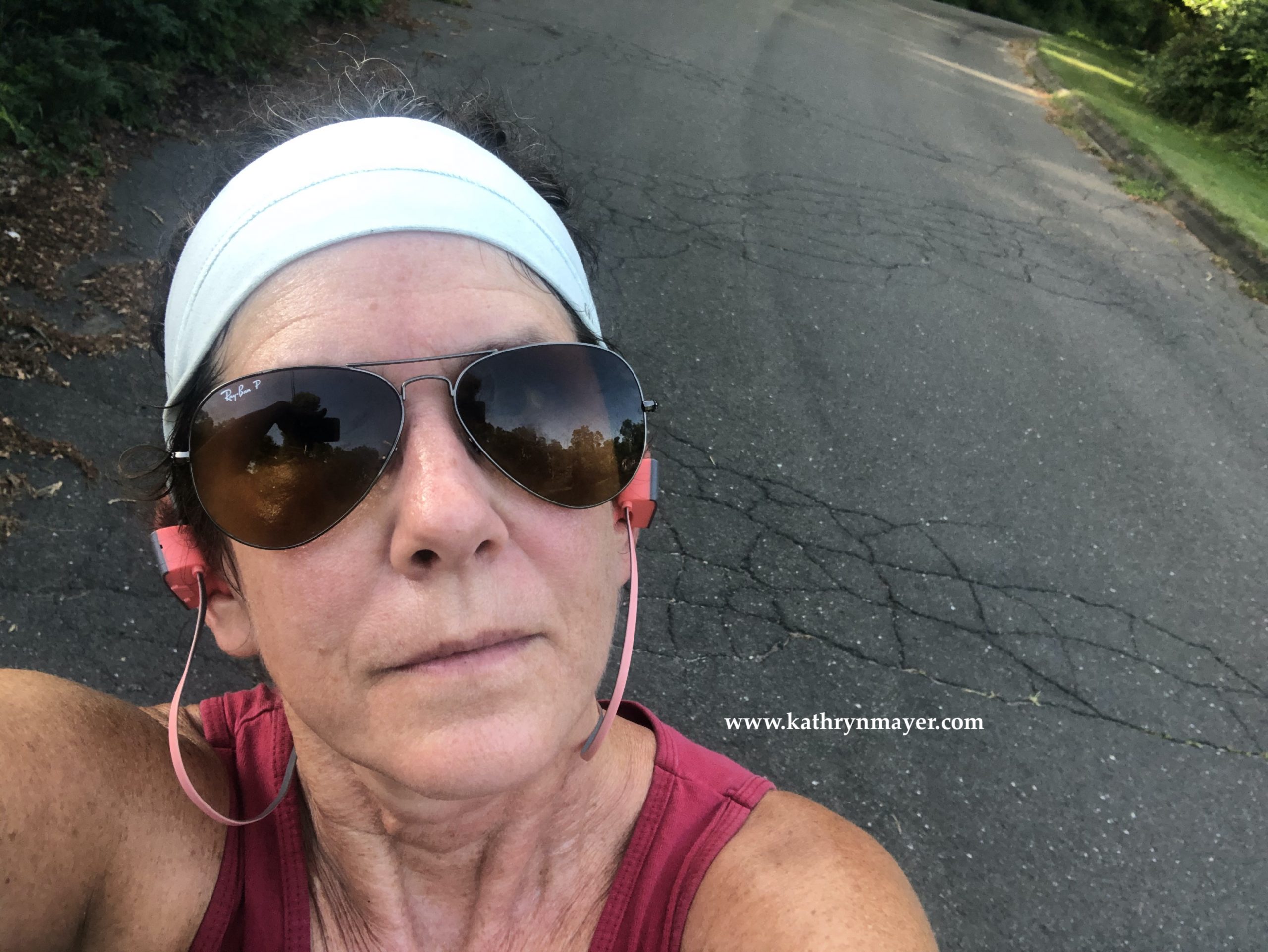 Whenever I wanted to beat my kids, which was a lot because there were just so many of them and so few of me, we would go outside, where the frustration and anger which was just frustration manifesting, had a place to go.

A pot boiling over on the stove, take off the top and release the pressure before you have a mess to clean up, burnt-on residue impossible to remove.

Before you get all up in my mess, I never beat my kids, only wanted to, and any mom who says differently is a goddamn liar, and a liar is something I’ve never been accused of being. 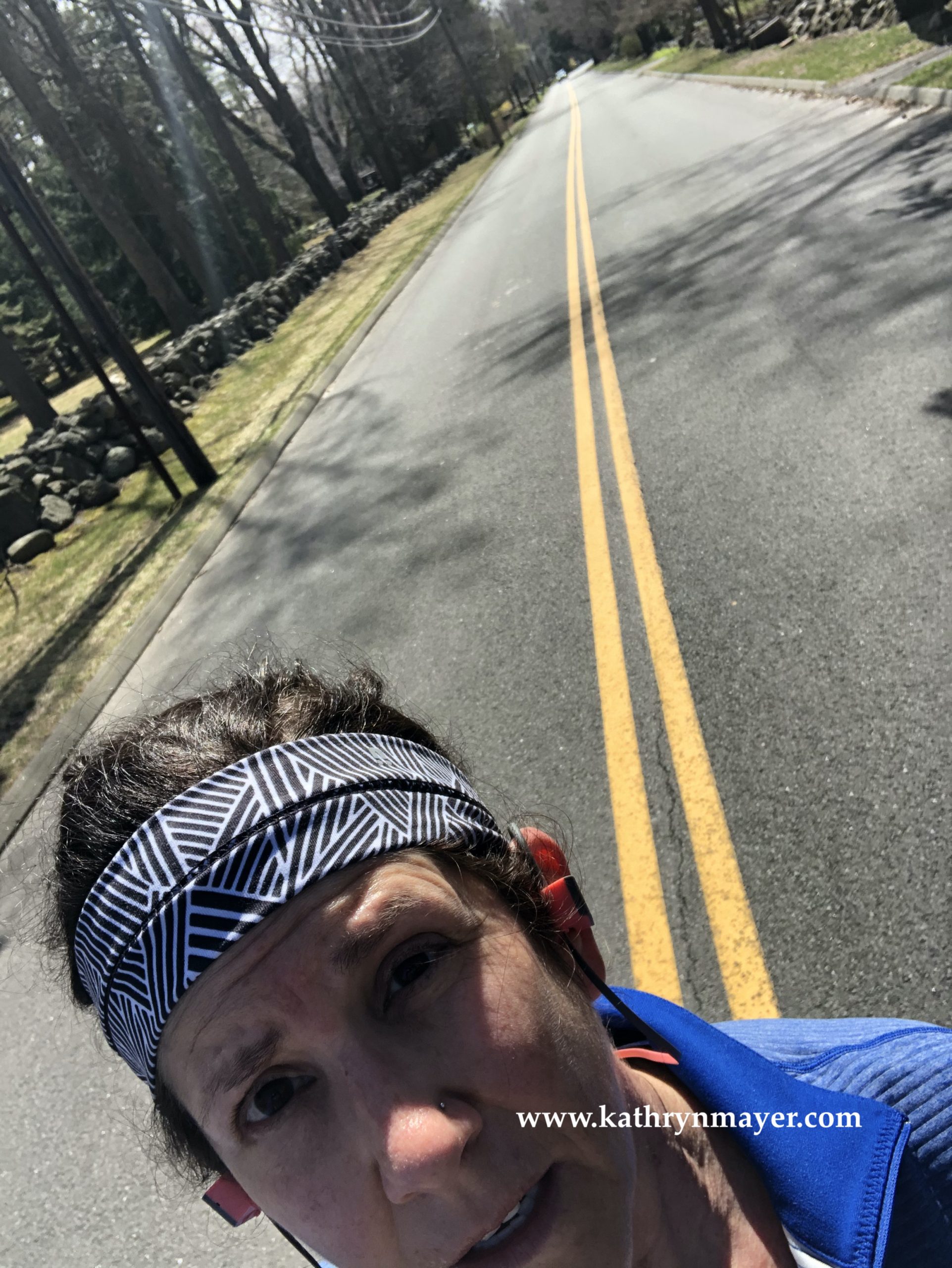 My kids, now all grown-ass adults, consider it abuse, how I’d push them outside, for hours and hours, with nothing to do — when all the other kids had what all the other kids have. But outside the pressure is off of me, and on them, to entertain themselves, or at the very least, mulch the yard or split some wood.

I’m kidding about the yard. Or at least kidding until they were in high school, and big enough to swing an ax.

Now that they’re flown and grown, living in places where the sky isn’t so big and the stars not so bright, I’m taking my own medicine, banishing myself outside, or releasing myself, like pigeons cut loose from a rooftop in the Bronx to see what else there might be.

But I’m not a pigeon and unable to fly, so I venture outside of the house where my family used to live, to ease the sadness this time, not anger. I go outside, where there is room for what needs to escape to escape, into the morning sky when icy puffs of breath are the only clouds in the air, or in the early evening, when the sun sits so low in the sky, it’s already nighttime in the shadows yet a blinding beam of fire when lasered into view.

My friend got hit by a car in the Big Y parking lot, in the late afternoon one winter afternoon. Car drove right into her, never saw her, blinded by the last gasp of a winter day, sun blinding the driver, car bumping her to the ground, but not turning her into roadkill, only bumps and bruises and fear of living another day. 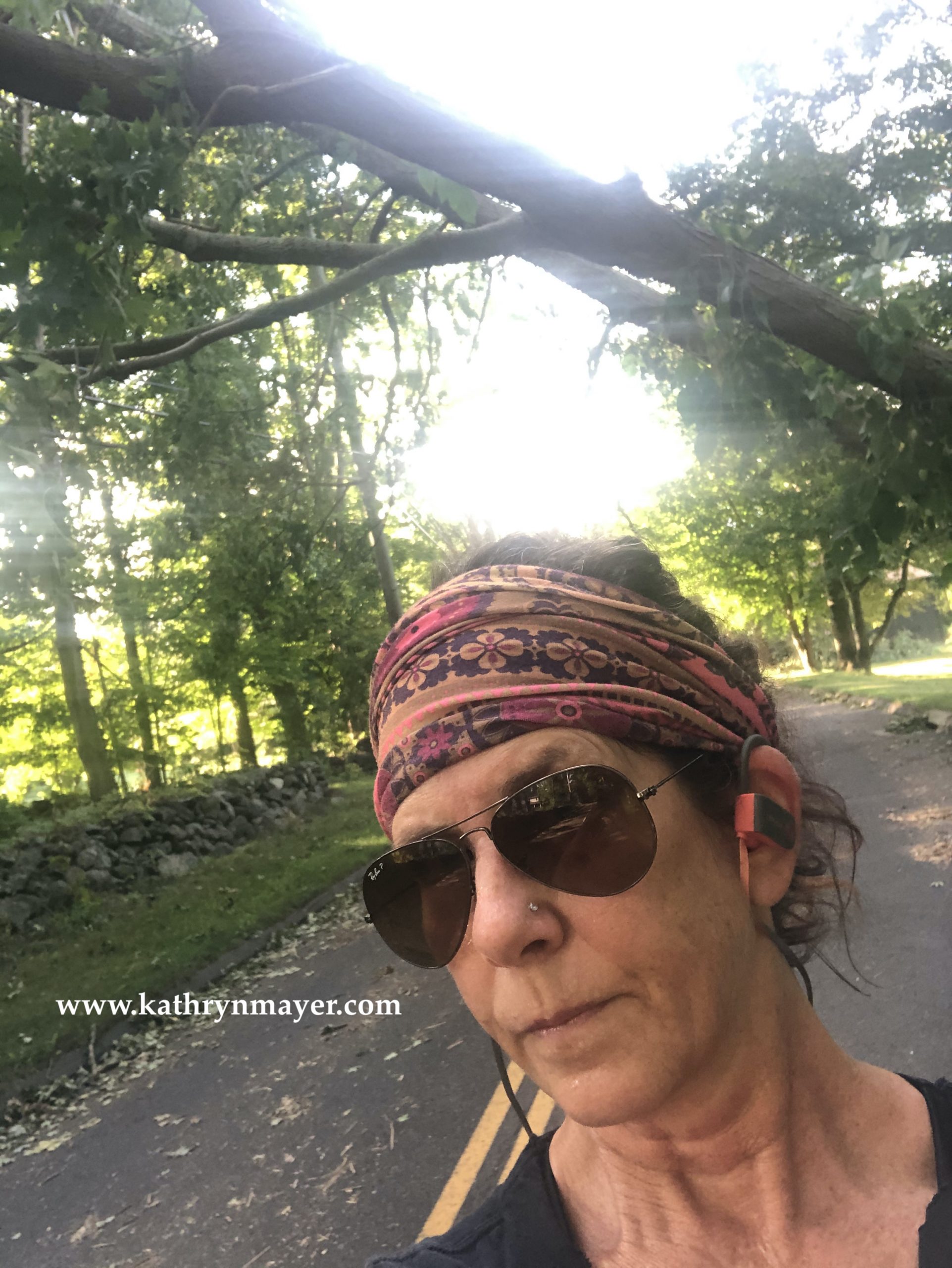 ‘Why are you running so much?’ they ask. ‘Good for you, Kate, running!’ – as if I’m a little kid tieing my shoes for the very first time or finally tall enough to reach the cereal on the top shelf.

“Look at you, wow! You, Kate? Running?” Old friends slow down, giving a thumbs up out their car window, or wave from their stoop. Stating the obvious. From what – I fear them asking. “You run now?” they say out loud. All I do is eat, drink, and cry, I say inside.

I began running when the gyms closed, surprised I could do actually do it. A wog. Mailbox to mailbox. A jog. One mile. Two. Three. Wasn’t fast, wasn’t pretty, but there I was, running. So I kept at it. Figured I’d run as long as I had working lungs, which odds are it wouldn’t be long, as hospitals overflowed and refrigerator trucks full of bodies clogged city streets, but then the curve went down and masks went up. Still I run.

Every day. Outside. Where roads wind and climb in the same circle, different routes, spirographing mileage slightly different each day but with the same view, different angle, same sky, breathing different air. In and out. Running in circles with beauty in the chaos, order in the routine.

Sky and trees wake up and bloom, then a hurricane rips them out with a jealous vengeance, and still, summer continued, then fall, and winter snot-freezing cold and the days are short and light is both kind and mean, yet the air remains, clear and there for the taking so I take it, while still able.

Outside, I clear my mind. Breathe. Every day. Early morning run and late evening walk, which in the winter is earlier than ever, then, before you know it, ever-so-slowly becomes a little bit later. Again.

Accountability, and thanks to Janis’s Me and Bobby McGee reminding me it’s time to go from the alarm on my cell. Get up. Go outside. It’ll be dark soon — go, I tell myself. Get out, walk. Run. Breathe. Go. Get outside and look up and run or walk and breathe before the sky closes up for the night.

Lately, I wear a reflective vest like old people do, just in case, because I don’t trust people to see me like they used to. 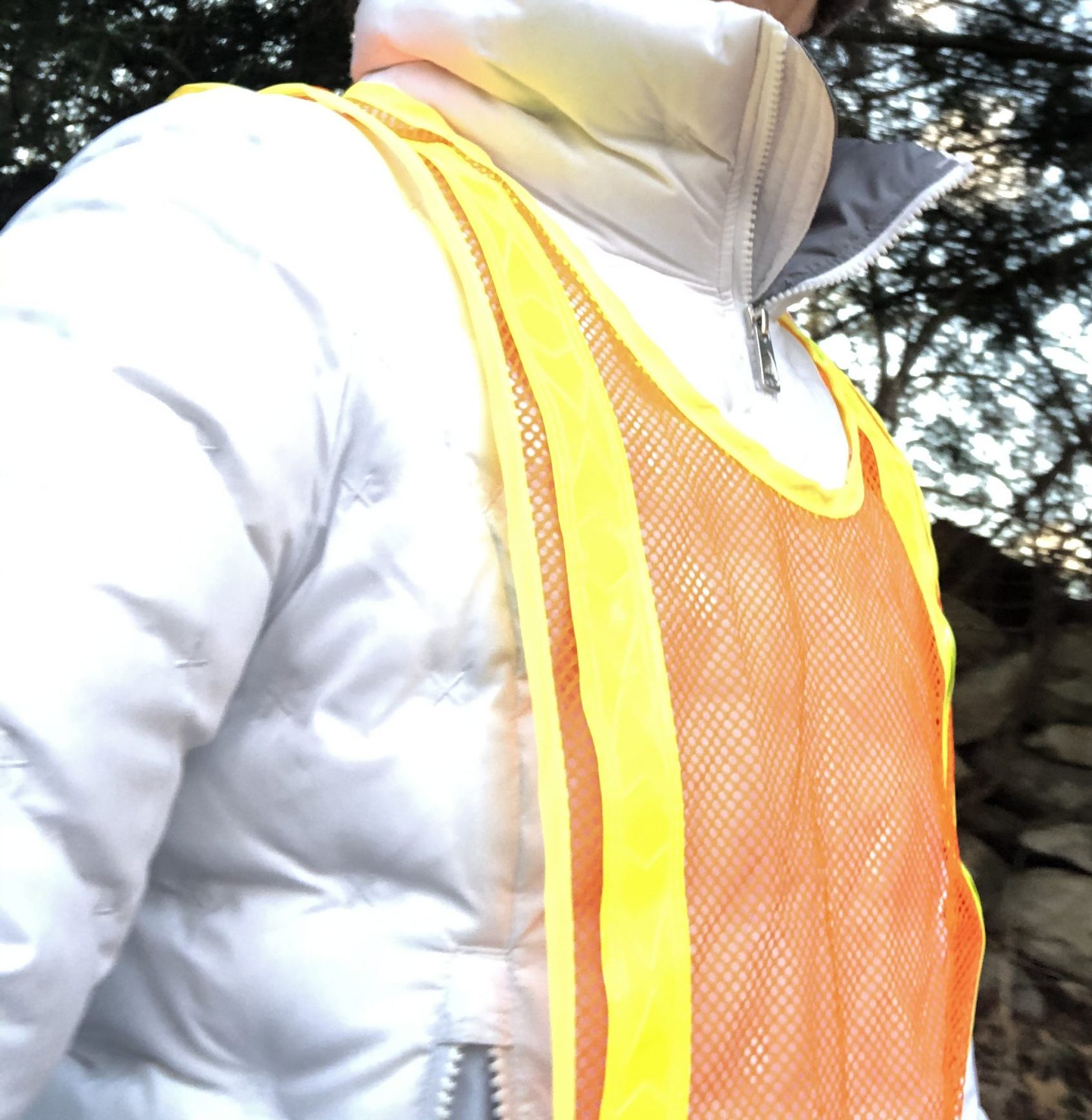 Can you hear me now?
This is your mother

An irreverent storyteller with a foul mouth and big heart, Kathryn Mayer (aka Kathy and/or Kate) is a writer, humorist, and (former) activist writing out loud with humor and grace about little life moments with big ripples, including the space between parenting and aging parents, social issues, angsty reflections of midlife, and, sigh, gun humpers. Still. Sometimes a big deal, sometimes not Mayer is a national award-winning columnist, according to the National Society of Newspaper Columnists, and her essays have been recognized as Voice of … END_OF_DOCUMENT_TOKEN_TO_BE_REPLACED