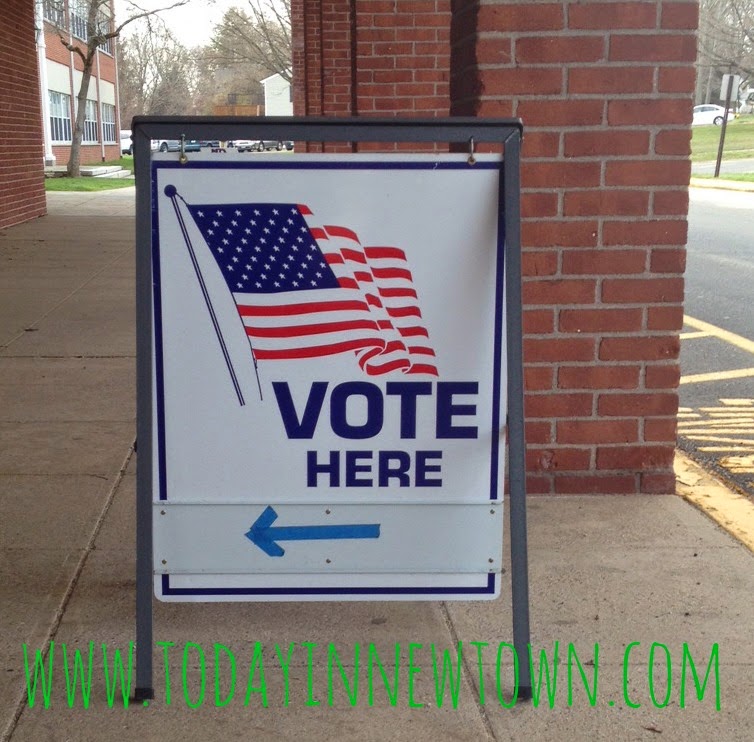 I became a one-issue, gun safety voter after December 2012.

That’s when gun violence prevention trumped all other social issues, because everything else doesn’t matter when your community is dying.Guns don’t kill people, people kill people. Yeah, I know. People with guns kill people, and people with more powerful guns and more rounds and no background checks kill even MORE people. We know.

Public safety sort of wins, don’t you think? Suddenly, reproductive rights and immigration reform and banking regulations just don’t seem all that imperative when gun violence ends life as you know it…      just       like       that.

So I became a Gun Sense Voter, and had my first experience practicing this position outside Newtown Middle School when I trotted my pro-education, SUV driving ass into the gym to once again vote for our now 0% increase in education budget. (Which was predicted to fail, because people don’t vote until their football-marchingband-giftedchild-leadintheplay-allstatemusician program is on the chopping block. THEN they vote, but not until, so our budgets notoriously get voted down, down, down because parents don’t vote and everyone else post reproductive bearing years does.)

Outside the middle school gym, sat a smallish man with a table and a petition. He had the “look:” the pro-gun, gummet-ain’t-gonna-take-my-godgiven-guns look, but I try not to right-wing-nut-job profile the folks I meet.

“Lady? I’m trying to get my name on the ballot to run for 5th district. Would you sign?”

Nice enough. Except I LOVE our 5th district Congresswoman Elizabeth Esty. LOVE HER. She writes back and even called back – twice – when I contacted her office after the shooting. And I’m nobody! I stopped at his table. I smiled and was friendly. He smiled back.

“I don’t know. Where do you stand on gun violence prevention?”

Rolled off my tongue, like “Fill it up, $30 the cheap stuff.” No big deal. Didn’t even waver, my voice didn’t shake or squeak. Just where do you stand? Like I’d been doing this forever. Except this was the first.

“Whooooooooaaaaaaa there,” said my congressman in waiting in his very best Connecticut cowboy. He stepped back, put both hands up in a stop position, shaking his head like a bobble head. “It’s our constitutional right to bear arms. CON-STI-TU-TION-AL RIGHT.”

In case I needed the phonetic breakdown. “I’m not — I WILL NOT — touch the guns.”

His voice shook. Angered. He was pissed I had even asked.

I walked into the gym, to cast my ballot and support my town and schools.

Do this. Ask questions and vote accordingly.

Little elections count, and if you don’t think so, imagine a sick man with access to automatic weapons and unlimited rounds unleashing horror where you live. And then dealing with the aftermath with local officials you voted in. They either rise to the occasion and govern like human beings, or they don’t. Lots of them don’t. And when they don’t, they need to go.If we don’t vote, then someone else will be making the big decisions for us. The only way to change this is by asking the questions that matter to you and vote.

An irreverent storyteller with a foul mouth and big heart, Kathryn Mayer (aka Kathy and/or Kate) is a writer, humorist, and (former) activist writing out loud with humor and grace about little life moments with big ripples, including the space between parenting and aging parents, social issues, angsty reflections of midlife, and, sigh, gun humpers. Still. Sometimes a big deal, sometimes not Mayer is a national award-winning columnist, according to the National Society of Newspaper Columnists, and her essays have been recognized as Voice of … END_OF_DOCUMENT_TOKEN_TO_BE_REPLACED