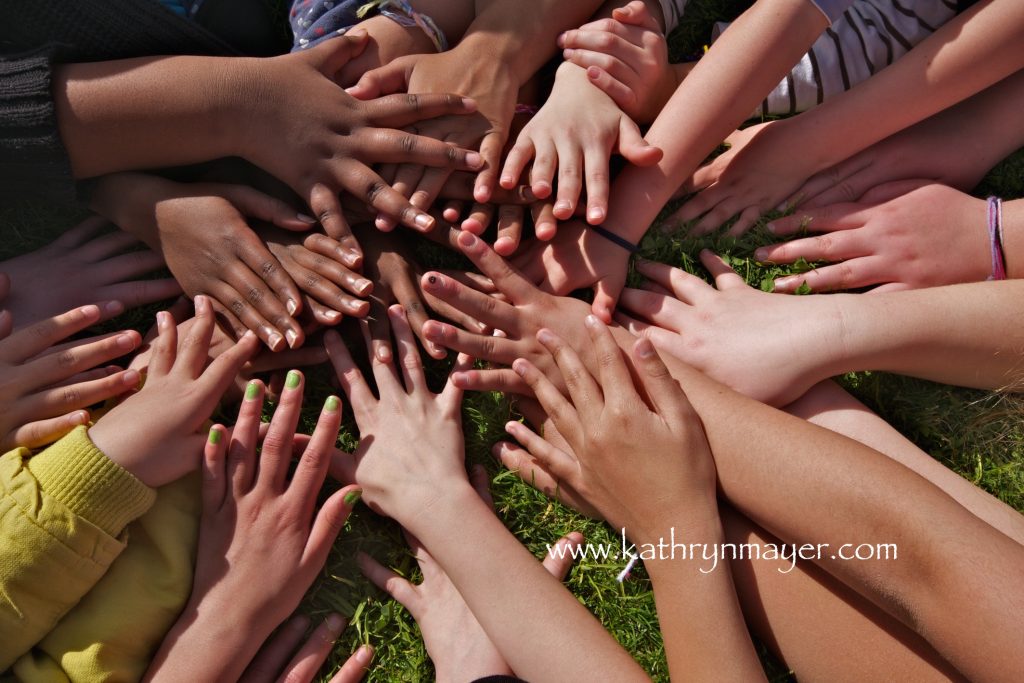 The trifecta of hate manifested in one domestic terrorist solely intent on killing black people – and succeeding – in an unsuspecting, welcoming, historic Charleston church.

The Charleston murderer (won’t say his name: #NoNotoriety) was a proud, unabashed white supremacist, armed with a weapon to kill, and did just that. By adding Charleston to the long, sad, horrific list of American mass shootings, the entire country is now talking about racism. Not guns. But racism.

Which is a good thing.

Especially in white America, where the conversation has long gone unspoken.

What can we do, those of us sitting on our lily white asses at beautiful parks or beaches or where no one is shot for buying skittles in a hoodie? What do we tell our teens and college kids when they hear racist comments everyday and feel the need to say nothing? “It’s just a joke.”

What can we do about something so horrid that happened way down south where the confederate flag still waves in the faces of those it oppressed and brutalized? What should we do, what obligation do we have, sitting here in white, or at best, beige middle class suburbia?

Here’s what I’m going to do about racism. Maybe it’ll just be me, this nobody, but I sure hope you will join me.

We can start talking and call out insidious racist comments made by anyone in our presence. Anyone. I’ve called out people before, usually in a joking, kidding fashion. I have a reputation for not being able to ‘take a joke’ or ‘she doesn’t get it’ or ‘better not say this in front of Kate’ or ‘you know how she is, miss PC and all.’

I have called out people for racist comments, but I’ll admit it: usually people I don’t know or don’t like all that much. And usually with a friendly, but persistent, tone. I let others slide, not sure why some get a pass; probably because they’re old, or stupid, or uneducated. Or they’re a friend. Colleague. Neighbor. More likely, I don’t want to rock the boat, be that person, cause problems, ruin the party. So I laugh uncomfortably. Roll my eyes. Walk away and remove myself from the situation.

I’m not going to let you get away with “you’re not going to like this Kate, but it’s funny.” I’ll no longer to remain quiet in the bleachers when you racially profile the other team, or parents, or town. I’m not going to awkwardly change the conversation at a party. I’m going to boycott your store when your employee mistakenly tells me: “gotta watch that one” eyeballing a brown customer with a knowing head nod. “You know how they are.”

Because I know all right. I know who you are and what you are.  You are racist. No but about it. Your racist implications and comments have never been unnoticed, just ignored. By me. By everyone.

Don’t tell me watch out for that kid (whispering…THE BLACK ONE); it’s a shame my daughter likes dark meat; it’s not fair your kid didn’t get the internship because he’s rich and white; insist your kid stay out of the kitchen because the ‘Ricans are there; ask why we go to the ghetto beach; point to the black kid at the pool and ask, who’s he?; comment about the black kid with the white family, the white kid with the black family – it’s time people. It’s long past time. Love is love. Supreme court said so.

Because what’s not fair is the growing list of dead people because of the color of their skin. And I for one feel complicit with my compliance.

Not fair? Too sensitive? What’s not fair are too many given permission to continue to spew innocuous hate and too many of us letting it fall on deaf ears and saying nothing.

Vaguebook to a writer’s rescue
Guest Appearance on BluntMoms

An irreverent storyteller with a foul mouth and big heart, Kathryn Mayer (aka Kathy and/or Kate) is a writer, humorist, and (former) activist writing out loud with humor and grace about little life moments with big ripples, including the space between parenting and aging parents, social issues, angsty reflections of midlife, and, sigh, gun humpers. Still. Sometimes a big deal, sometimes not Mayer is a national award-winning columnist, according to the National Society of Newspaper Columnists, and her essays have been recognized as Voice of … END_OF_DOCUMENT_TOKEN_TO_BE_REPLACED