While it seems the entire country is cleaning up and clearing out closets, cupboards, and creepy, crawly basements by saying good-bye to items that no longer spark joy, some people aren’t feeling the magic.

Marie Kondo, the best-selling author of The Life-Changing Magic of Tidying Up: The Japanese Art of Decluttering and Organizing is helping thousands (maybe millions with a new Netflix show), clear lives of clutter and keep only what sparks joy.

My parents have so much joy.

So very, very much.

I shared some of this joy on stage with Every Family’s Got One (a story that is), when I shared some wet and dirty family secrets with a crowd in Huntington, New York.

Thanks to the Every Family’s Got One producers, Kathy Radigan and Barbara Herel, for finding my story worth telling. (I highly recommend auditioning and/or attending, it’s a class act and a terrific evening of storytelling.)

The crowd was so kind, and reached out to me after the show, some concerned I would throw away valuable items:

But many more said they were going home to clean out their basements.

And just in case you think I’m making this up, here ya go. We literally saved Gary Carter from drowning: 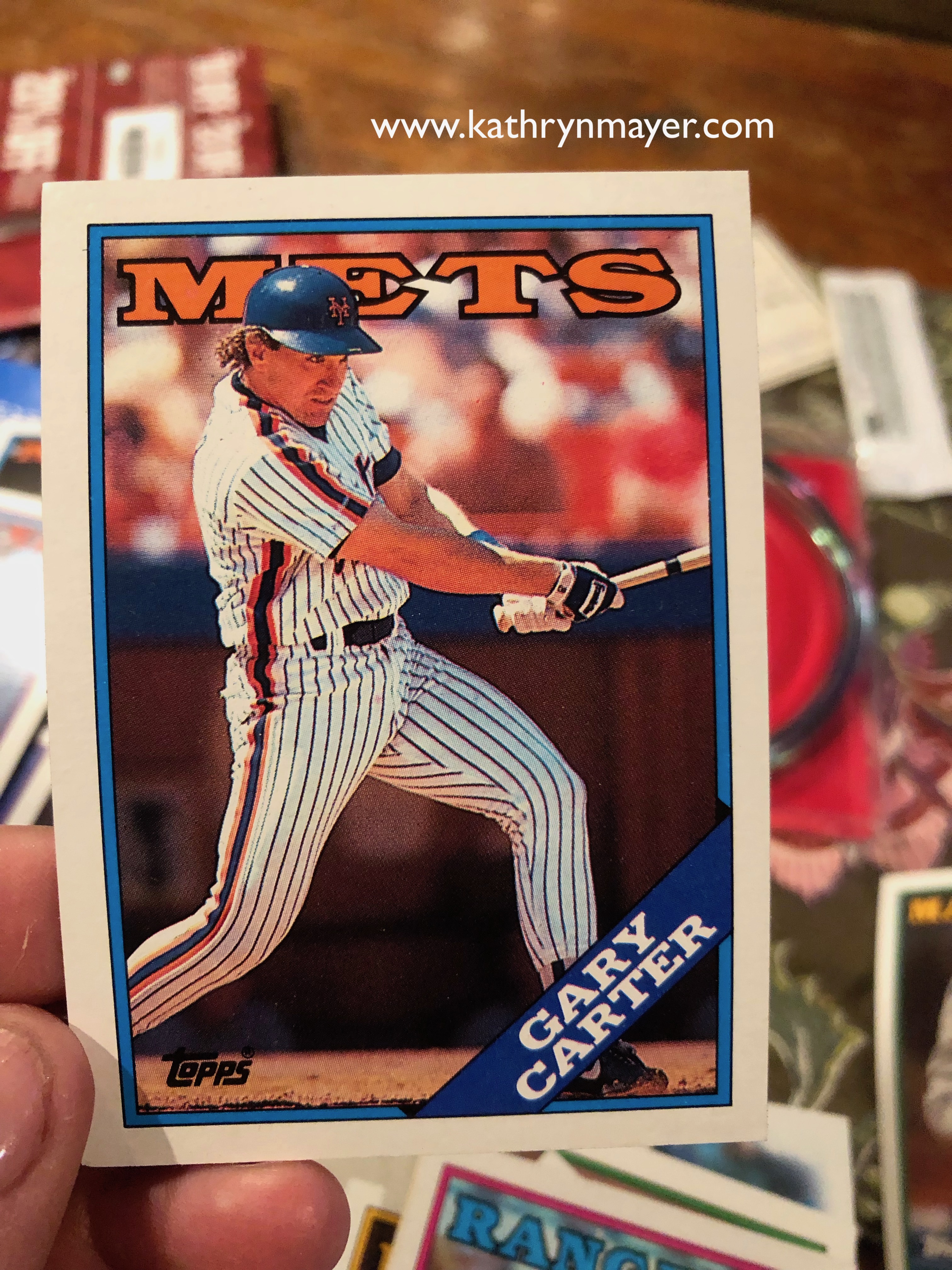 *This story originally appeared on KathrynMayer.com in 2011, and the basement has remained dry since, has been somewhat organized, but still, so much joy.

An irreverent storyteller with a foul mouth and big heart, Kathryn Mayer (aka Kathy and/or Kate) is a writer, humorist, and (former) activist writing out loud with humor and grace about little life moments with big ripples, including the space between parenting and aging parents, social issues, angsty reflections of midlife, and, sigh, gun humpers. Still. Sometimes a big deal, sometimes not Mayer is a national award-winning columnist, according to the National Society of Newspaper Columnists, and her essays have been recognized as Voice of … END_OF_DOCUMENT_TOKEN_TO_BE_REPLACED