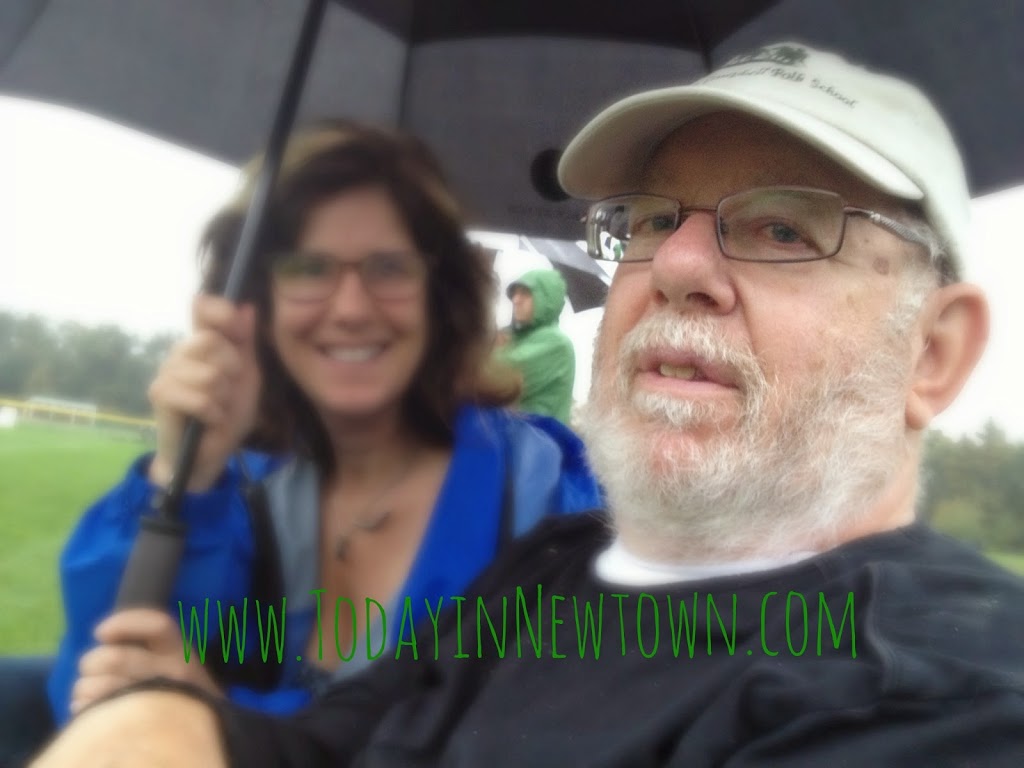 The very same day of my last blog post back in January, my sister and I moved in with my parents to provide 24-hour care for my dad in his final days of fighting that assfuck pancreatic cancer.  Sadly and gladly, he’s gone, and I’m proud to say the obituary I wrote with his assistance went somewhat viral amongst the 20-odd members of his Pawling High School Class of ’58.

Here’s what I proudly had the honor to share at his memorial service in the small town where he was both literally and symbolically, larger than life.

Wow! Humpin’ Jesus! There are a whole lot of you here to pay respects to our Dad. Thank you. Thank you thank you.

First, and foremost, I must personally apologize for a glaring, erroneous statement in our father’s obituary. I wrote the obit, attributing that he is likely driving a Porsche, and clearly this was me – projecting my own car preference – onto my dad.

Because not sure if any of you saw this, there was a news story out of Kentucky, clearly part of Mike’s the bigger plans: the day our father died, a massive sinkhole appeared underneath the National Corvette Museum swallowing eight – count ‘em – eight pristine corvettes. Can’t make this stuff up; Mike Mayer died and took 8 museum quality Vettes with him. Job well done, Dad.

Shudda known it’d be a Corvette. While other families rented clowns and bouncy houses for birthday parties, Grandpa Mike made our house the most popular place in town. Mike would pull up in the corvette, the roof open and a carseat strapped in the front. One – ok, sometimes two kids would double buckle into the car seat, and Mike would floor it to the end of our road, Willie Nelson blaring, and rip multiple donuts at the dead end with squealing kids inside. Every kid in town wanted an invitation, yet few parents would look us in the eye.

Mike’s driving abilities had few limits, and we didn’t have the balls to tell him when to stop driving. He had a birthday tradition to take each grandkid out separately for lunch and a personal birthday shopping spree, and did so every year with every grandkid within driving distance. So even though parkinson’s limited his ability to drive the way he should, after much deliberation, last year I just couldn’t tell him he couldn’t drive the Boy for his annual trip. I only hoped they would go slow enough to only damage their own car, and not harm anyone else.

When thankfully Boy returned safely, I asked him, how was grandpa’s driving? Everything okay? what happened, anything happen? The Boy looked at me confidently, and said, “All good mom. No problems. There’s just there’s a whole lotta pricks on the road, ya know? Those goddamn pricks!

11 grandchildren and I’m pretty sure prick was a part of each their pre-k vocabulary – and they knew exactly how and when to use the word.

They also accrued a stable of other helpful sayings from Mike.

After helping Mike to the car one day recently, my dad complained loudly, Humpin’ Jesus! It’s colder than a 3 legged woman out here!”

Boy was clearly confused, immediately asked, “Huh? What’s that Grandpa? What happened to the witch’s tit?”

This past month, as our dad’s health weakened, he had to go into the hospital – twice. Both times he was slightly embarrassed to be seen in a jonny coat. The hospital gown was somehow really embarrassing.

Which we girls really don’t quite understand. While growing up and bringing home the occasional boy late at night, he never once was embarrassed to storm out of his bedroom like a raging bull into the living room, wearing only 50-year-old threadbare, Fruit of the Looms, and bellow:

DO YOU KNOW WHAT TIME IT IS? YOU. LEAVE. NOW: and DON’T let the door hit you in the ass on the way out!

He did end up getting comfortable in his jonny coat after one minor procedure. When anesthesia left him needing a catheter, he looked the nurse right in the eye, and said, smiling, “getting awfully cozy for a first date, doncha think?”

A couple days later, we went to the urologist early one snowy morning to have the catheter removed and were tempted by a pristine, unplowed, completely virgin empty parking lot. “Ready Dad?” And we ripped a couple of donuts like our dad taught us the best we could in all-wheel drive Subaru.

Mike wasn’t the least bit phased, he barely looked up at all. He was on his cell phone, calling his buddy Stan and announcing proudly, “finally got the stick out of my dick and am headed home to take a leak.”

I had another error in the obit, which was taken out prior to publication. I had a paragraph on how Mike had a strong distaste for judgmental SOBs, that he never judged anyone by the clothes they wore, the positions they held, or the cars they drove, but only upon the content of their actions and the validity of their word.

And when I read this to Mike, and to his buddy the honorable Dr. Reverend PhD smartypants ethicist, they both hesitated. That’s not true. Mike judges. “I judge people, I sure do.” And judges hard. So we took it out.

But what I meant was Mike always offered an equal playing field for everyone. Every person, in his book, has value and purpose, whether working at the dump, a teacher, bagging groceries, a PhD, septic cleaner, sales person, waiter, pilot, brain surgeon, mechanic. He firmly believed everyone has value and should be treated with respect: his judgment came to play when others didn’t recognize this value and treated people unfairly to which he had zero tolerance and less forgiveness.

Mike respected everyone until given a reason not to, and that reason would have to do with their actions and not their being. He was, and remains, the original equal opportunity friend: black people, gay people, poor people, rich people, and sometimes – but not always – elected officials.

He taught us early on, that assholes come in all economic, political, class, religion, intellects and race. People should be treated fairly, until they prove you otherwise by their actions.

Where I live, we’ve turned Mike into a verb. When at a party, and you grab something without waiting to be served, “Did you just Mike that steak?” When swiping a handful of brownies and shoving them in your mouth when you think no one is watching, “I saw you Mike the brownies!” Stick your fingers into the icing of a cake? The original miking of the cake. Miking has gone viral; my kids and their friends, they Mike chicken wings, pizza, cake, burgers, fries – whatever they can whenever they can. And I think our dad might have been a little embarrassed by this, and a teeny bit proud.

But a weird thing happened just this past week. My niece, a nationally ranked motorcross racer that Mike pretended to fret about in front of his wife but secretly was prouder than proud that that apple didn’t roll far from the goddamn tree, went and bought a used truck to tow her bike, off craigslist out near where I live in Connecticut. She negotiated and wheeled and dealed like a pro – and got a great truck at a great price.

And get this, the seller let her take the truck, with his own plates and insurance, and drive it all the way back to Upstate New York. “You seem like a good kid with a good head on your shoulders. I know you’ll bring the plates back.”

My sister immediately told my dad, “Good news Dad! Get this! She bought a truck from a real Mike Mayer, dad, ya know? One of the good guys. A real Mike Mayer.”

So next time you’re miking the cake, I challenge you to extend your Mike Mayer altruism a little farther, a little deeper, to reach even more people with more kindness to make this world a little bit brighter for someone when they just might need it most.

Who here – show of hands – ever received a favor, a lending hand, needed advice, or show of kindness from Mike Mayer? Look around: this – this is his legacy, and it is now your obligation to return the favor, by continuing his good work now that he is, sadly, gone.

Why it matters: NSSF gun lobby in Newtown
The Healing Power of Mud

An irreverent storyteller with a foul mouth and big heart, Kathryn Mayer (aka Kathy and/or Kate) is a writer, humorist, and (former) activist writing out loud with humor and grace about little life moments with big ripples, including the space between parenting and aging parents, social issues, angsty reflections of midlife, and, sigh, gun humpers. Still. Sometimes a big deal, sometimes not Mayer is a national award-winning columnist, according to the National Society of Newspaper Columnists, and her essays have been recognized as Voice of … END_OF_DOCUMENT_TOKEN_TO_BE_REPLACED