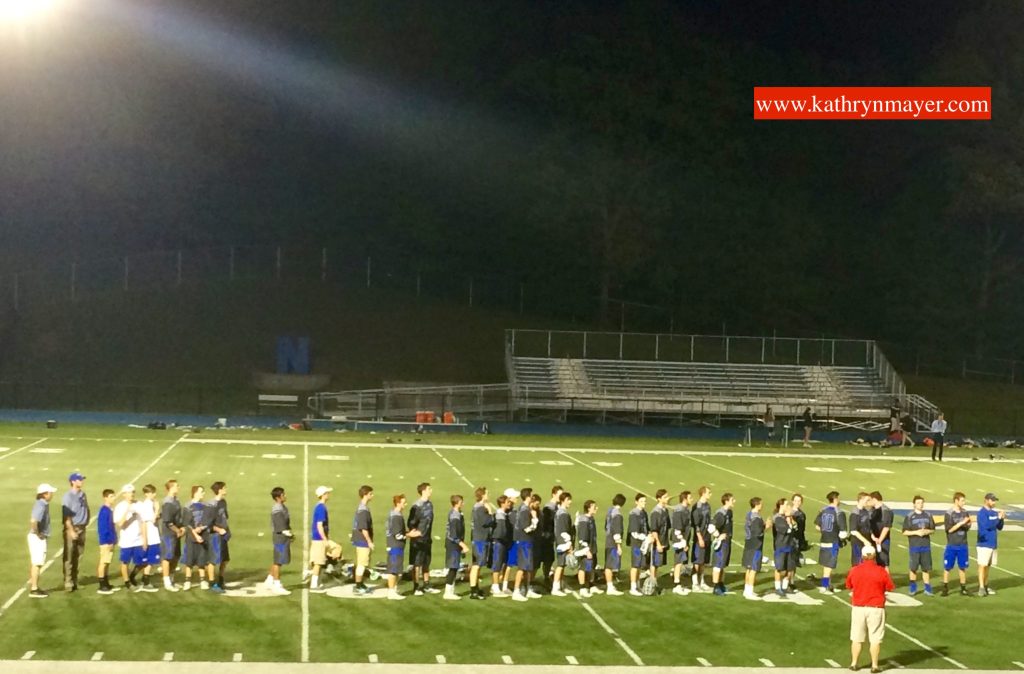 It’s the socks that did it. Lacrosse socks specifically, finally pushed a now 6’2 little brother in high school to say enough of his big sisters’ hand-me-downs.

It’s not that we’re cheap, it’s just we have four kids and not a whole helluva lot of money. Or time. Or energy.

Okay. We are a little bit cheap. Hand-me-downs save big bucks.

When our kids joined a sport, any sport, we ordered the sweatshirt, but only the last name was ironed on, because well, four kids. A $40 sweatshirt isn’t so expensive when divided by four.

The youngest, Boy, with three older sibs, got the brunt of if, as most littles do. We are a household full of feminists, him included, so the pink swoosh on his soccer cleats didn’t bother him nearly as much as the cleats were worn down to nubs.

He’s done just fine with hand me down sneakers, boots, skis. Soccer jerseys, ref shirts, basketball gear, and even for a short stint, swim team. Relax, not the suit, just the bag and goggles, caps, sweats. And towel. Last name only.

Drawing the line at lacrosse socks

Yes, socks is what did him in. Or rather, did us in.

This kid is loves his socks. Probably because he’s done his own laundry since 5th grade, and while not washing most of his clothes makes little to no difference, socks aren’t nearly as forgiving. He’s always asking for more, buying extras, sneaking the giant bundle into the cart at Costco, and because he’s the youngest, he usually gets it.

Sure he’s spoiled. He’s got so many more socks than his sisters ever did.

So I was kinda pissed when he asked to order yet more. Apparently each sport now has its own magically performance enhanced sock. Lax already costs more than humanely possible, and now socks? 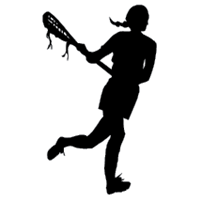 His sister played high school lacrosse for four years, so there is no shortage of fancy socks in the bottomless sock pit. And I know for a fact, we have plenty of socks with the trendy badass silhouette of a player taking a shot. Every color of the rainbow: hot pink, navy, teal, black, white, and the coveted Newtown High blue and gold.

The lacrosse socks were far more diverse than the players.

“Gimme a break. They all have ponytails,” he mumbled. “All of them. They’re girls. All of ’em.”

I dug through the sock bin inspecting sock after sock, and he was right.

Every lacrosse sock had an image of a girl on them. Sure, it’s man’s world out there, but this is a female home, and this kid has paid his hand-me-down-dues for most of his 16 years.

So the big spender that I am, I sprung for the socks.

It’s time. He’s in high school, his sisters are out of the house, so call him spoiled, but this kid can is finally getting some socks of his own.

*This NaBloPoMo will return to your regularly schedule Trump protest shortly. I’m not done yet, and either should you be.

An irreverent storyteller with a foul mouth and big heart, Kathryn Mayer (aka Kathy and/or Kate) is a writer, humorist, and (former) activist writing out loud with humor and grace about little life moments with big ripples, including the space between parenting and aging parents, social issues, angsty reflections of midlife, and, sigh, gun humpers. Still. Sometimes a big deal, sometimes not Mayer is a national award-winning columnist, according to the National Society of Newspaper Columnists, and her essays have been recognized as Voice of … END_OF_DOCUMENT_TOKEN_TO_BE_REPLACED