Am I the only person who hasn’t gone bra shopping since before the advent of on-line shopping? Apparently, cuz I bought new bras and pretty much can’t go watch my kid play high school sports anymore. Here’s what happened: I took a Facebook quiz, my very first one, because it had a drawing of a woman in a bra and said,

“Does your bra fit right?”

and the bra-lady really nice lipstick, with extra boobage squishing out from below her bra on each side, and hey, that’s me! Four breasts where there’s supposed to be two!

Plus, an extra fancy Aunt told me, “Honey, buy good bras and good shoes and the rest can hold up by itself.” So I was thinking it’s time to spend a little extra on me.

Take this quiz (about your breasts & bras)

I took a quiz from what seems to be a pretty cool and reputable bra company, ThirdLove, because the sponsored posts extra boobage bra image continuously popped up in my FB feed because Facebook has x-ray vision and knows more about me than I know about myself.

But a funny thing happened when I took the Facebook bra test. Actually, a couple funny things.

#1: I answered questions about breast types, which I am what they refer to as “RELAXED” which is painfully accurate, oddly comforting, and somewhat insulting. 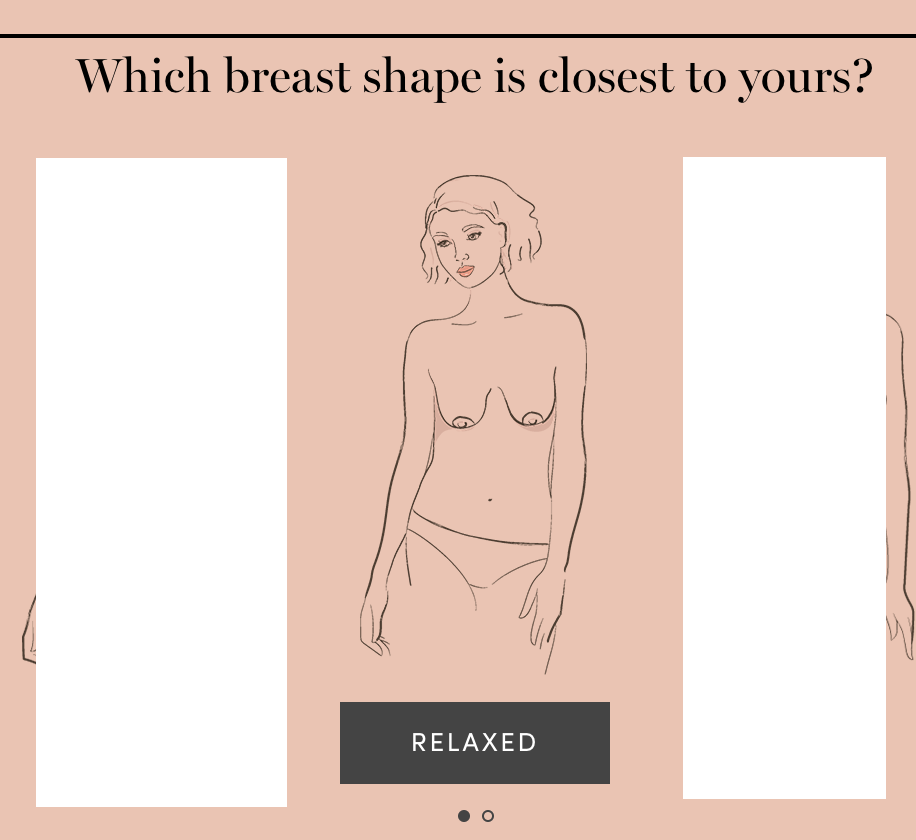 Sad but true. The questions then move on to bra preferences and styles and problems, before happening on this question:

How old is your favorite bra?

Then it had one of the scroll down thingys that make me feel so frickin’ old when I’m looking for my birth year, EXCEPT, the options were not nearly as generous: 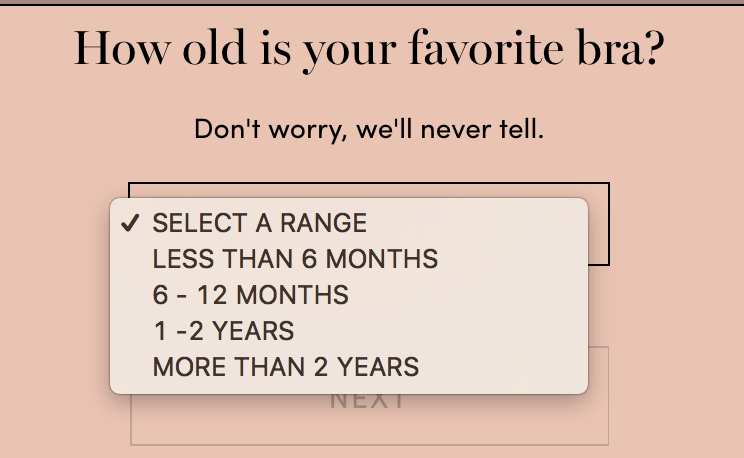 Maxed out ‘more than 2 years’!

#2: The smartypants ThirdLove bra buying algorithm picked my perfect bra (push up t-shirt) and automatically put it in a shopping cart so I could easily pay and be on my way. However, that one bra was $68 and is pretty much my bra budget for my lifetime up to now.

Which may be part of the problem.

That and me and my bras have been around longer than Facebook.

So while I’m sure their bras are just fine-fine-fine, ThirdLove FB marketing actually drove my ass to Victoria’s Secret where I bought not one, but four new bras and spent almost but not quite $100 but … 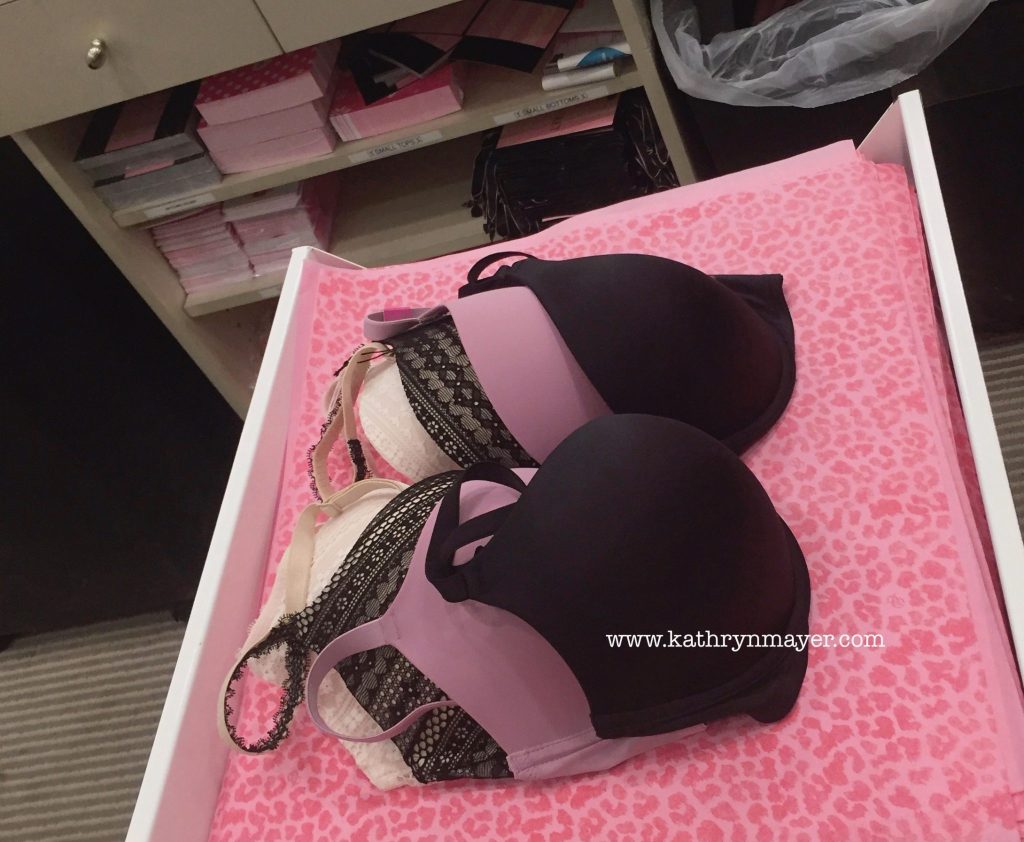 I was at a high school lacrosse game because I-still-have-a-kid-in-high-school-OMG, sitting with the only parents I can stand to sit near, and all of a sudden, I realize I’m wearing a titty-shirt!

I am seriously inappropriately dressed at this high school function in my Chuck Taylors, mom-shorts, and ratty t-shirt I wear all the time with no cleavage concerns of not being family friendly, except this time, I have boobs! See???!!!!

I’ve worn this shirt 100 times because it too is older than most of my kids, and this has never ever ever happened before. For the first time, I have cleavage! What a lovely surprise!! Couldn’t figure out where they came from, NEW BRA! NEW BOOBS!

An irreverent storyteller with a foul mouth and big heart, Kathryn Mayer (aka Kathy and/or Kate) is a writer, humorist, and (former) activist writing out loud with humor and grace about little life moments with big ripples, including the space between parenting and aging parents, social issues, angsty reflections of midlife, and, sigh, gun humpers. Still. Sometimes a big deal, sometimes not Mayer is a national award-winning columnist, according to the National Society of Newspaper Columnists, and her essays have been recognized as Voice of … END_OF_DOCUMENT_TOKEN_TO_BE_REPLACED