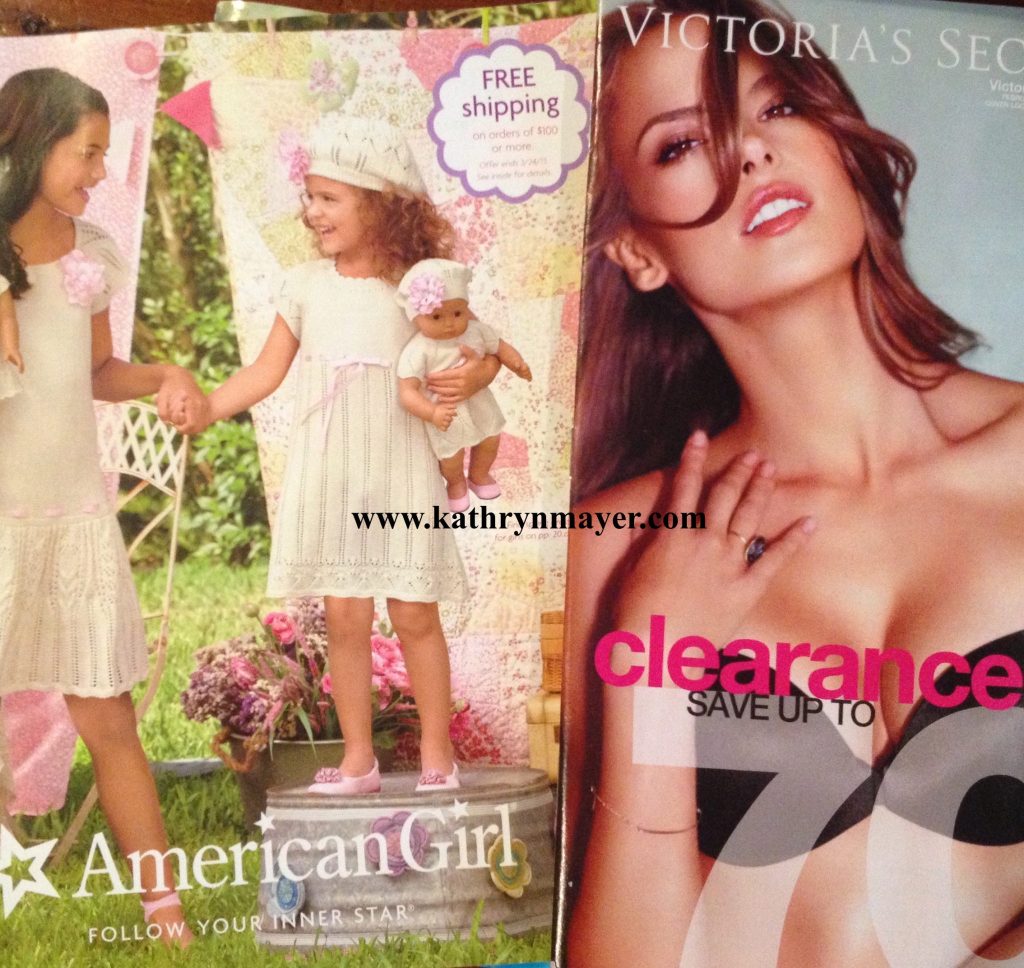 It’s a good title, but not SEO sufficient for what comes below. If titled appropriately, I’ll be trolled forever by creepy predators.

Went to my mailbox and pulled out these two beauties. Together. The same day.

Boobs and dolls in my mailbox

Did they make a mistake?

I think it’s all part of growing up and it’s all normal.

Growing up female according to direct mail catalogues

While I don’t want my kid growing up thinking she needs a push-up padded memory foam water-balloon bra in order to be acceptable according to (primarily) male come-hither standards dictated by unattainable, unrealistic plastic Barbie-doll beauty, neither do I want her thinking a $100 historically correct, albeit white-washed, Lilly Pulitzer Patagonia J Crew country club privileged doll is common place in most American households.

Even though we had several in our house, with their coffin like-tombs and matching outfits for every possible social situation all more accessorized and much, much nicer, and more expensive, than anything hanging in my own closet. Thanks Grandma.

Regardless, I never did patronize the Fifth Avenue salon to fix Felicia’s hair when it was dippity-dooed, not once, but several times, into the dog dish by a jealous sibling then sautéed like a chicken breast into the cat litter box, before being hidden, for days, weeks maybe, in the tree fort, afraid of the wrath of angry mom over expensive grandma gift.

Neither will I run to purchase a cosmetically-or-photoshopped-enhanced booby catcher from an ignore-my-blow-job-lips-and-look-at-my-cleavage-isn’t-it-lovely barely old enough to vote bra model, quite often herself sprawled seductively and sautéed in sand – maybe beach maybe cat litter – who knows.

Even though their t-shirt bra is the best and something I’ve been known to dig through the clearance bins in desperate search of a discount, then dig some more for my more bustier daughters, and dig some more and more and more because who doesn’t want to save a buck and do you know I have three daughters – sometimes four, not counting my own two midlife melons, with a boob size in every bin?

The bellcurve of middle school

Likewise, not everyone believes in Santa or the tooth fairy or that damn elf on the shelf either. But it happens. More often than not in our family history.

The vast, vast majority of kids are right in the middle of that curve, painfully aware of those at the ends, and wondering and trying desperately to fit in someplace, somewhere. 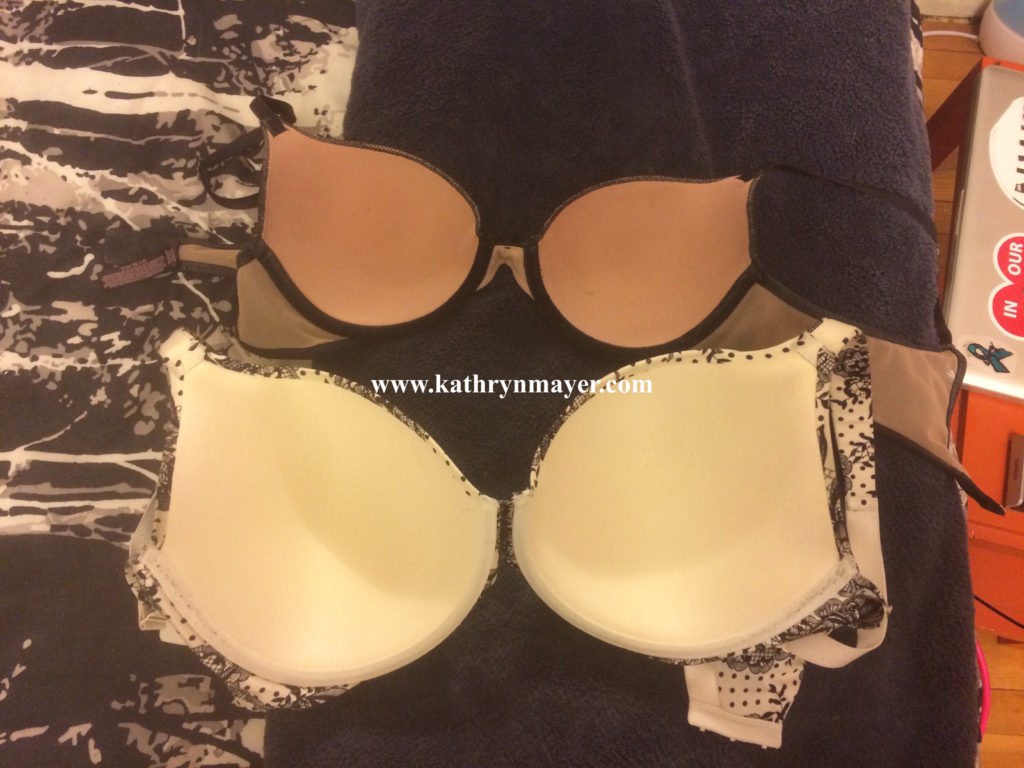 What’s a girl to do? Find a place to fit in that works for her. What’s a mom to do? Let them be, but call out the ridiculousness of both. None of my girls ever looked like the happy girls frolicking in the American Girl catalog, nor have they grown to be the smoky eye, pouty lip sexual sinkhole that of Victoria’s Secret.

The dolls are cool. And they’ve even got some of some color now. Angels too. All still about the same size, but skin tones have advanced.

Blocking dear old cousin eloise from a facebook feeding frenzy
Trading places: if I were a mediocre white man

An irreverent storyteller with a foul mouth and big heart, Kathryn Mayer (aka Kathy and/or Kate) is a writer, humorist, and (former) activist writing out loud with humor and grace about little life moments with big ripples, including the space between parenting and aging parents, social issues, angsty reflections of midlife, and, sigh, gun humpers. Still. Sometimes a big deal, sometimes not Mayer is a national award-winning columnist, according to the National Society of Newspaper Columnists, and her essays have been recognized as Voice of … END_OF_DOCUMENT_TOKEN_TO_BE_REPLACED