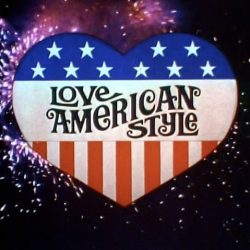 There is not a school community untouched: kids not old enough to see Rated R movies or drive a car are sexting: taking videos and pics of their parts and sharing with one, or some. Then some more.

Kids think they are flirting. Or sexy. Or competitive. Or hot. Or cool.

Schools and police deem it criminal.

Immune/oblivious parents adopt a mob mentality on social media to crucify the minors, the parents, and the schools.

You didn’t do anything wrong, and here’s the thing: neither did they.

They are teenagers behaving badly, needing a short leash, limitations, and an awkward, eye-opening conversation about consent, compliance, sex, respect, women, exploitation, love, and all that gray stuff in between.

And because the current laws vilify our frontal lobe challenged youth, a What-You-Need-to-Know-About-Child-Pornography-for-Dummies should be thrown in for good measure.

Sexting may be, in some opinions, in poor, irrational taste. It may be immoral, unethical and lead to sexual exploitation of unsuspecting parties. It may prove embarrassing and humiliating and costly.

But, in my humble mom opinion, this is nothing new.

For kids being stupid, irrational kids.

Experimenting. Pushing the limits. Putting themselves, and sadly, often unsuspecting others, in situations they neither asked for or wanted.

Is sexting a healthy portrayal of human sexuality in a safe venue that doesn’t cause STIs, HIV, or pregnancy? Maybe. Maybe not. Are girls and boys exploited, taken advantage of to someone’s immediate pleasure (financial, sexual, social)? Probably. Are parents panicking? Absolutely. Are teachers and administrators looking for anyone to blame so that the buck/lawsuit does not stop there? Probably.

And are police and lawyers, judges and juries grasping for someplace to lay blame, suit, cause, effect – a round peg in the square hole of litigation. Sexual reference implied, not guaranteed.

This has been happening forever; but now, in this digital age, in some states, in my state, it is a federal crime. 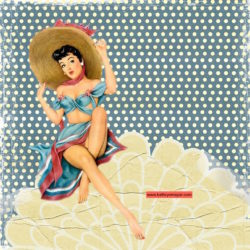 Back in the pre-cellphone time of my childhood, I vividly remember going into Charlie’s Garage with my gear-head, grease-monkey dad.

Walking past the bays with cars hoisted high in the air, into the back office, with cigarette smoke heavy in the air and  girly calendars adorning the cement blocks walls. Didn’t matter if the year turned once, twice, or a decade, the walls stayed dressed with nearly naked photos, calendars, post cards, and pin-ups.

I remember thinking they must be cold. Why were they so naked? Outdoors? On the hood of a car? And why did their butts show but not their boobs?

I didn’t think it gross. I thought it weird.

A little older, say 11 or 12 maybe, I remember a barn boy or neighbor asking for my dad’s Playboy magazines. Somehow they knew about them, and they’d pay in Yodels or Charleston Chews or maybe even there was a transfer of money – I don’t recall. But I do remember going into the basket next to the toilet, and pulling out the Playboy and delivering. 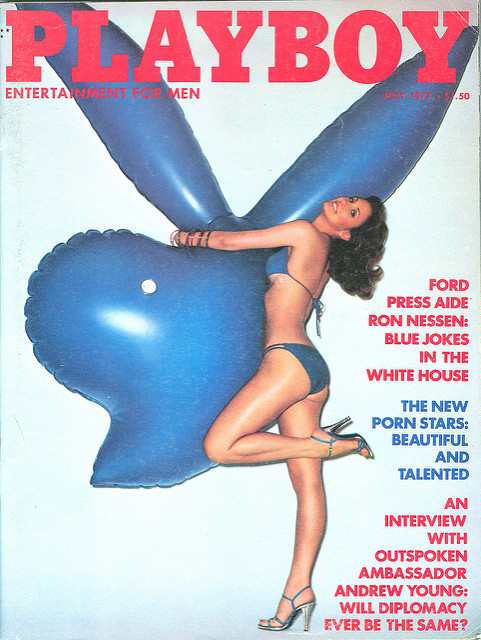 He didn’t want it for the articles.

Tantalizing. Off limits. Sex. Sexist. Weird. Uncomfortable. And somehow elite, in a very weird way of haves and have nots. We had, others did not, but wanted. Capitalism at its American best; a successful a business venture. No one arrested me; judged me, sure. But cops were not called. Lawyers not retained. Lives not ruined.

Is sharing naked images via text or social media any different? Or very different?

I’m not saying they get a gimme; a get out of jail free card. I’m saying, for the most part, they don’t deserve the Do Not Pass Go [Puberty]; Go Directly To Jail permanent designation. For the most part, these kids know not what they do; they just do.

It deserves our utmost attention. We owe it to our kids to explain, to the best of our ability, the consequences of being irrational teens, and hope the laws catch up before more victims emerge from behind and in front of the camera.

Experimentation. It’s what teenagers do, and have always done, without the technology that gets them arrested, convicted, and labeled as a felon. Forever.

An irreverent storyteller with a foul mouth and big heart, Kathryn Mayer (aka Kathy and/or Kate) is a writer, humorist, and (former) activist writing out loud with humor and grace about little life moments with big ripples, including the space between parenting and aging parents, social issues, angsty reflections of midlife, and, sigh, gun humpers. Still. Sometimes a big deal, sometimes not Mayer is a national award-winning columnist, according to the National Society of Newspaper Columnists, and her essays have been recognized as Voice of … END_OF_DOCUMENT_TOKEN_TO_BE_REPLACED