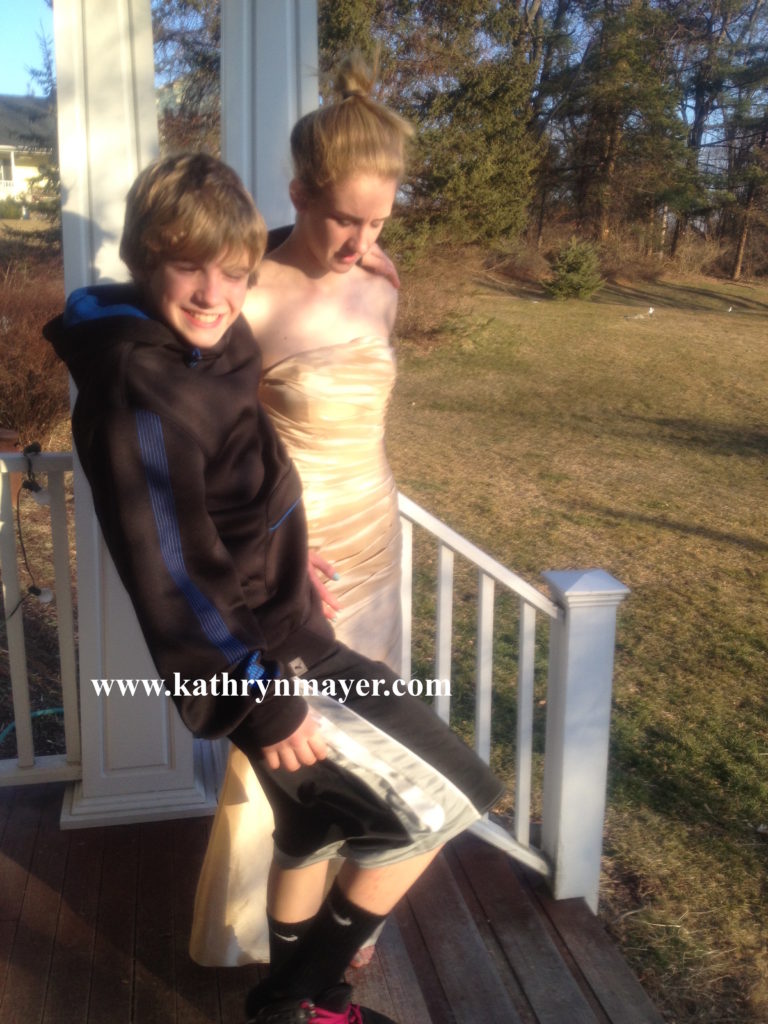 He’s been dragged to prom pictures for his three big sisters for nearly ten years, but the day has come when it’s finally little brother’s turn for his own high school prom, and this mom is ready.

After successfully navigating prom season with three daughters who attended a combined seven proms, I began a new chapter of parenting, this time from the boy’s perspective, despite his very best efforts to keep me in the dark. (Wrote about the high clearance security necessary for his prom plans here, or the popular Scary Mommy syndicated the essay for their ga-million readers!) 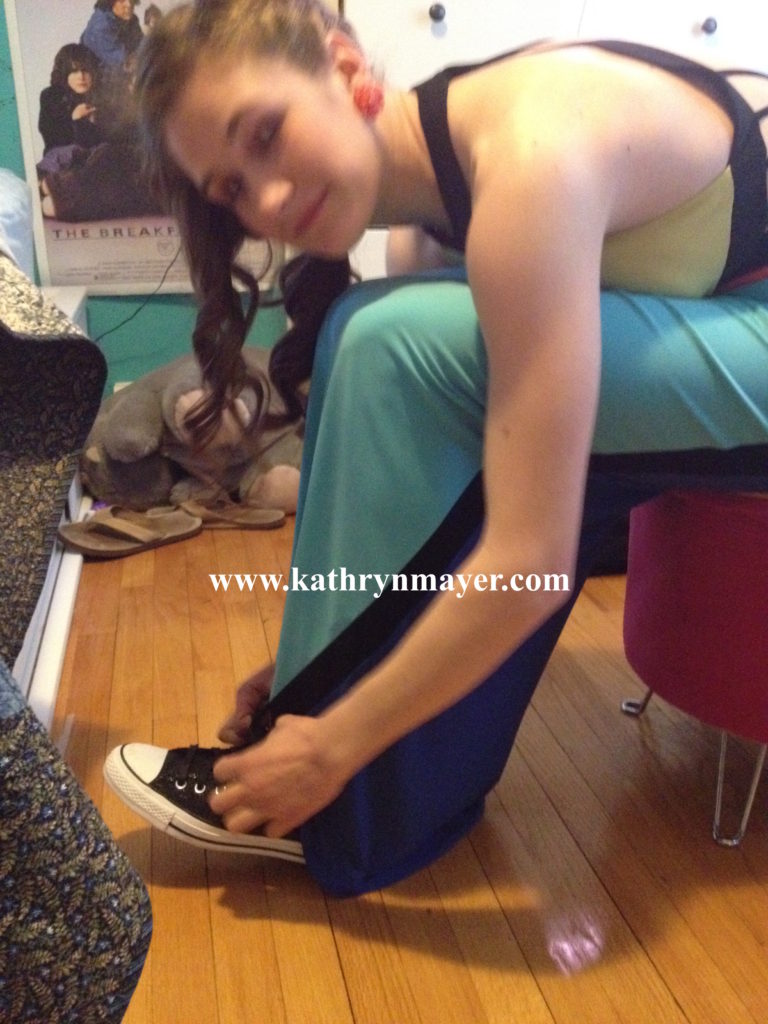 Here’s what I didn’t know about having a boy go to prom versus a girl, and the pleasant surprise of being the parent of a boy:

Literally everything but the socks come in a self-enclosed zipped locked garment bag, including cuff links and tie-tacks. Everything. Pick out your tux from a headless mannequin, fork over $130, show up one day prior for a quick try-on, and waa-laa. Done. 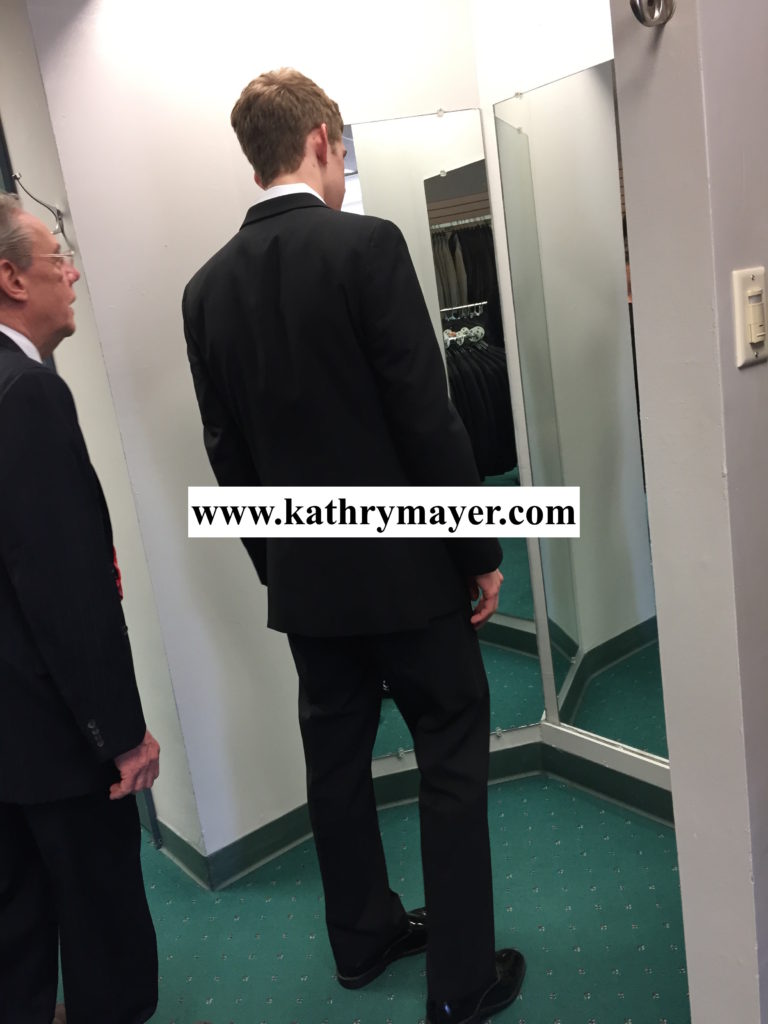 It’s like a car wash. For tuxes. An assembly line of efficiency and affordability. No up-do or down-do or blow-out required. None. Shit, shower, shave. That’s it.

Ahhh, it’s good to be a man. Or the mom of a man-in-training going to the prom.

Instead of forking over big bucks for the manicure/pedicure, blow-outs, up-dos and down-dos, fake tans, bronzing creams, the big-black-hole that is Sephora for many, Target for mine, bobby pins, shoes-shoes-shoes, (tried on and returned, thank you Zappos), then bought, returned, bought, borrowed, squeezed, wedged, blistered – before running to the drug store for heel grips, toe grips, and clear athletic tape for blisters worth having, before the smartest of your girls dump them all for her Chuck Taylor’s cuz, duh, dancing. 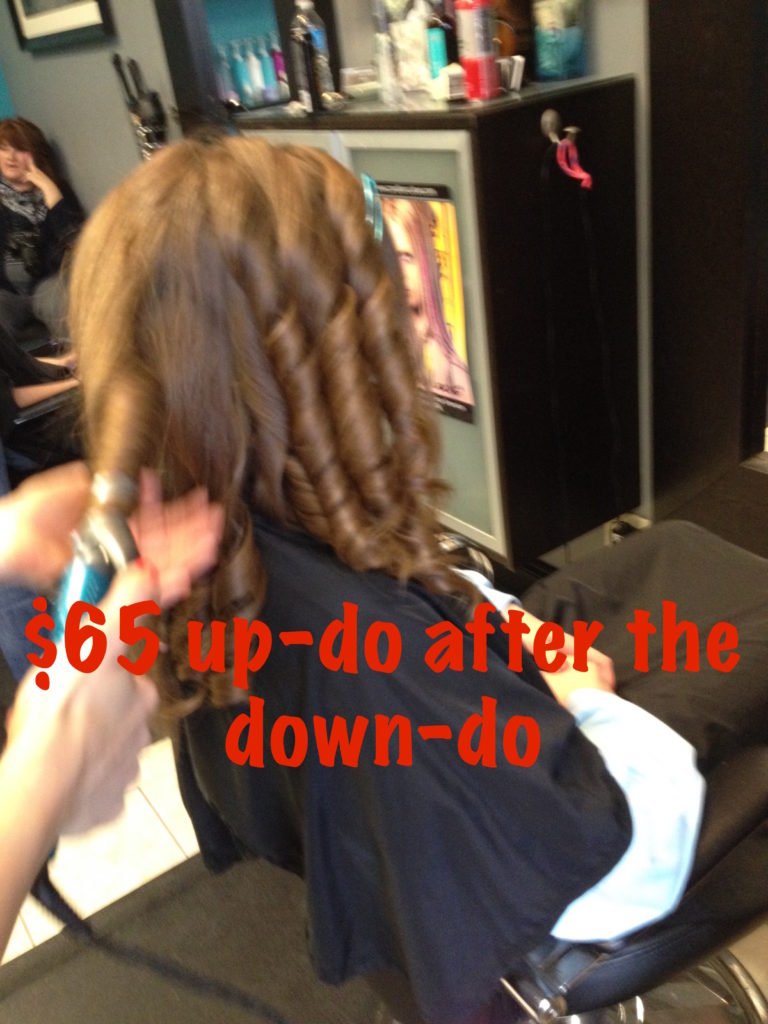 The prom dress is like buying a horse; it isn’t the expensive part; it’s all the extras that send you down the financial pit that is prom – if you have a girl.

The dress is the cheapest part, even if borrowed from a friend – you just don’t know it yet. Sure, it may be a couple hundred bucks, or on a discount rack for $30, but that’s before tailoring, hemming, straps added/removed, taking it in, letting it out, dry cleaning before and/or after, and the bra.

Buying a bra for a prom dress to make the gown look like it’s supposed to, means shelling out more money on underwear than you spent on your first car.

Wanna skip the brassiere? No bra? Big problem, cuz that mean’s you’re forking over for a seamstress (marked-up term for women’s-tailor to charge way more for far less) to sew in a bra or fake boobs – or both if your daughter was born with my genetic make-up.

Think you’re saving money by forgoing the specialty seamstress bra or a down payment on the multi-strapped, convertible, bra-less, backless Victoria’s Secret option? 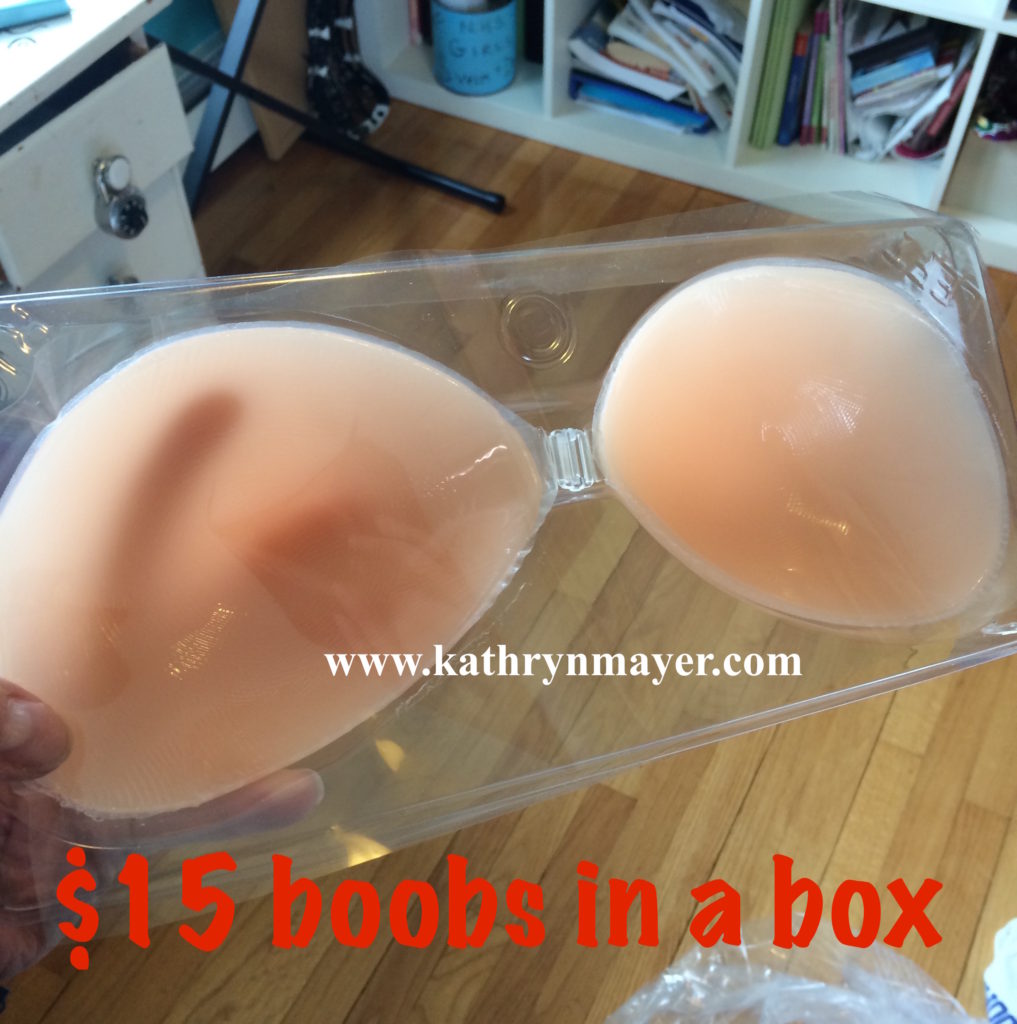 Minutes before the date arrives to whisk your daughter off to the prom, you will be driving all over town in search of chicken cutlet fake press-on boobs – WHO KNEW? – and/or bribing wiser, been-there, done-that mothers to borrow a swath of boob tape.

Boob tape is a thing.

Boob tape is a kinder, gentler version of duct-tape that prevents wardrobe malfunctions and/or nipple escape.

So, there is no boob expense, search and rescue shoe mission, cosmetics mortgage payment, up-do doo-dads, accessorizing magic, or jewelry venture capitalist contributions necessary when you have a boy going to prom. 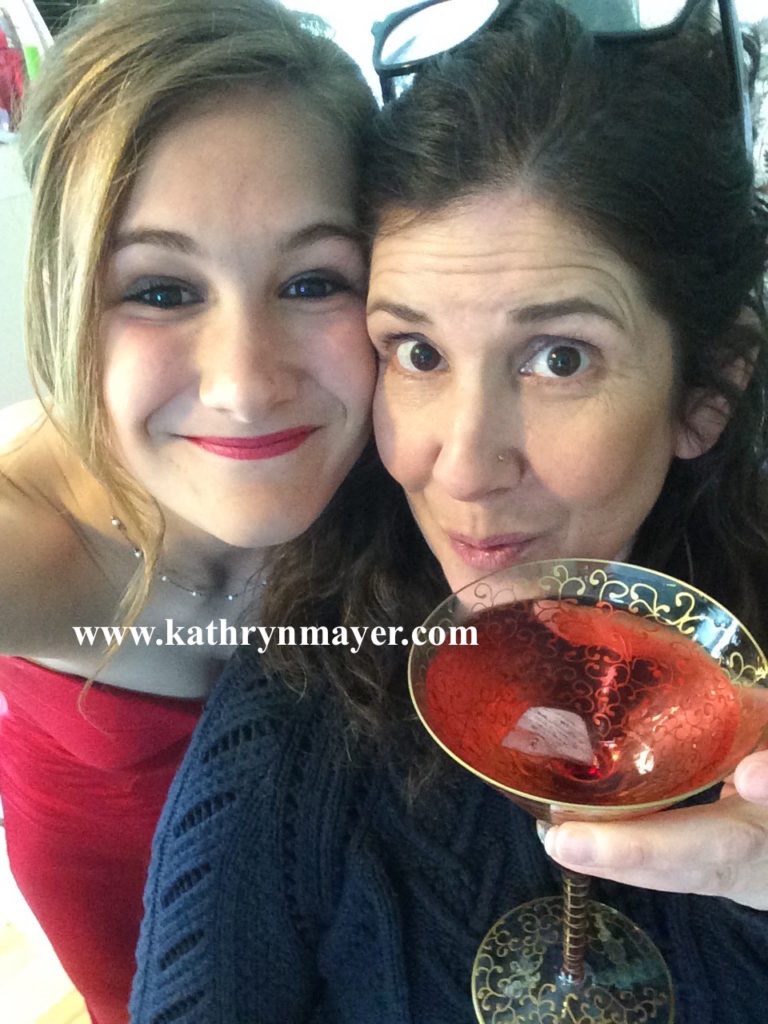 In the mere hours before prom, there were no tears, no turmoil, no frustration, no boob malfunctions, no lipstick fights with a mom juiced up on Cosmos.

Instead, the boy, the fourth and final prom goer in our family, spent his pre-prom crunch time doing this: 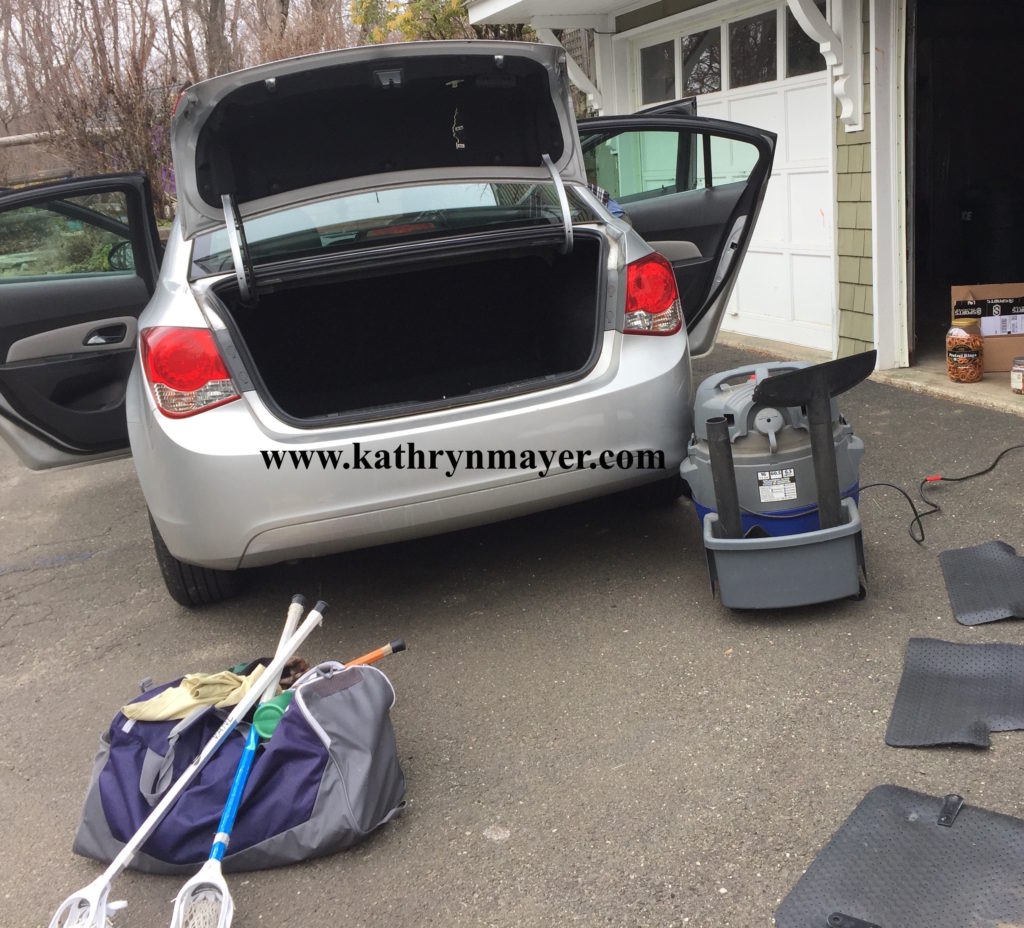 Prom-time perks of having a boy. Finally.

An irreverent storyteller with a foul mouth and big heart, Kathryn Mayer (aka Kathy and/or Kate) is a writer, humorist, and (former) activist writing out loud with humor and grace about little life moments with big ripples, including the space between parenting and aging parents, social issues, angsty reflections of midlife, and, sigh, gun humpers. Still. Sometimes a big deal, sometimes not Mayer is a national award-winning columnist, according to the National Society of Newspaper Columnists, and her essays have been recognized as Voice of … END_OF_DOCUMENT_TOKEN_TO_BE_REPLACED