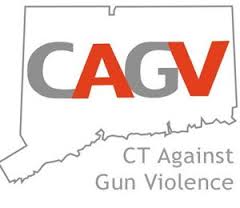 Once upon a time, a small organization called Connecticut Against Gun Violence did really good work with very little fanfare to reduce gun violence in our little state.

They had a couple hundred Facebook fans – maybe, less active members, a teeny tiny budget, and a staff of 1-1/2, or thereabouts.

After the horror of the Sandy 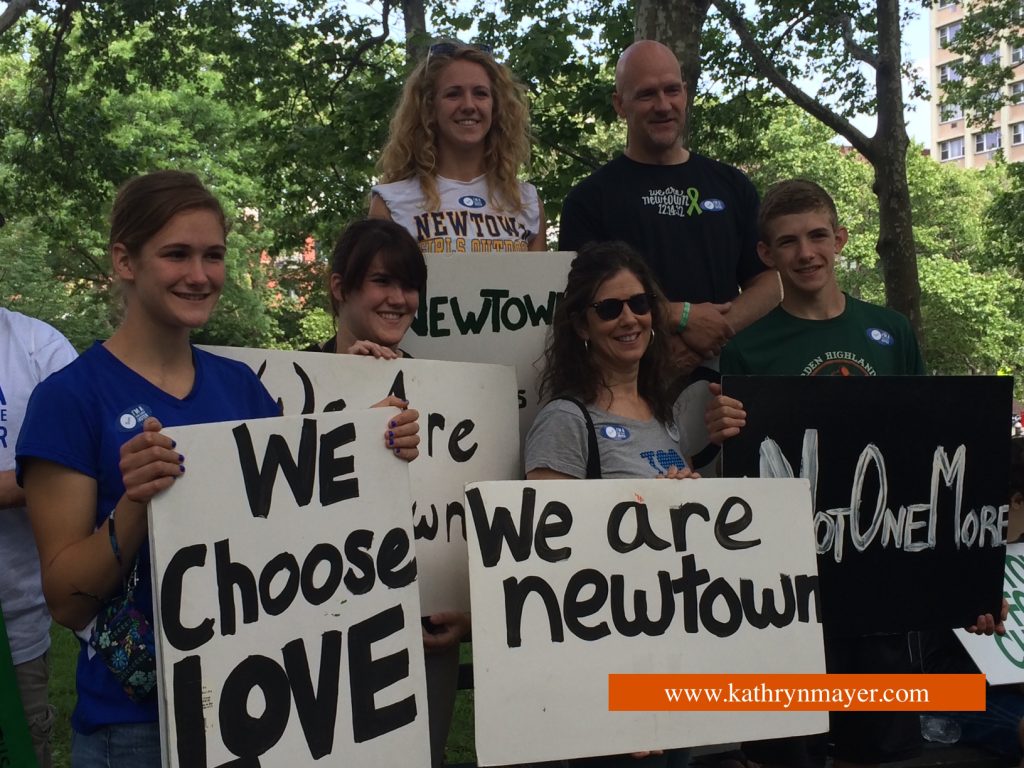 Hook shooting, regular people from all over the state flocked to CAGV with emails, phone calls, checks, and support. People wanted to do something to channel their grief and outrage into action. “What can I do? I have to do something.”

And they did. We did. We marched for change, called our representatives, and demanded action. Today CT has the third safest gun violence laws in the country, deaths are at their lowest, and we continue to elect representatives who support common sense gun legislation. It wasn’t easy, it wasn’t fast, but with anger channeled into action, advocacy saves lives.

Why am I share this when a racist sexual predator is headed to the White House?

You can rant all you want on social media, hide under the covers, eat, drink, or threaten to leave the country.

Or you can put your outrage into action and join group or organization that will work hard to counter any policy that you believe is counterintuitive to what truly makes America great.

Put money and time where your Trump anger is

Just now, I joined the Connecticut Chapter of NOW. Pay-paled $40 and going to my first meeting, because obviously, there’s work to be done and ain’t nobody at the White House gonna to do it.

Years ago, I let my membership to Southern Poverty Law Center lapse, despite donating modestly yearly since the mid-90s. I renewed my membership today, knowing they have fought hate crimes, white supremacy, xenophobia, and people like Donald Trump their entire lives and won’t stop now.

The ACLU is promising to fight unconstitutional campaign promises that are attempted to become policy. You can help by signing up. 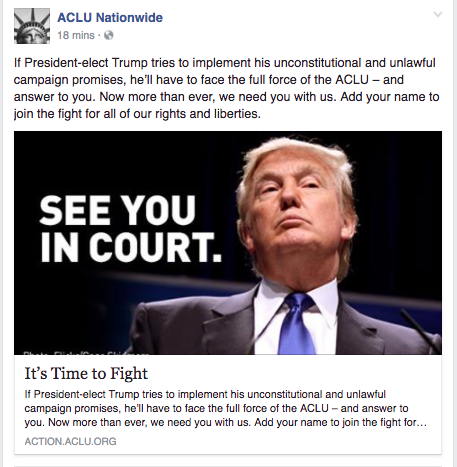 President Trump might be a one-hit (hate-filled) wonder, or he might instill his idea of what makes America great on the masses. It’s up to us.

We have a voice, and if it wasn’t loud enough on election day, amplify it by supporting the ideals you believe in with concrete actions to make them happen.

An irreverent storyteller with a foul mouth and big heart, Kathryn Mayer (aka Kathy and/or Kate) is a writer, humorist, and (former) activist writing out loud with humor and grace about little life moments with big ripples, including the space between parenting and aging parents, social issues, angsty reflections of midlife, and, sigh, gun humpers. Still. Sometimes a big deal, sometimes not Mayer is a national award-winning columnist, according to the National Society of Newspaper Columnists, and her essays have been recognized as Voice of … END_OF_DOCUMENT_TOKEN_TO_BE_REPLACED