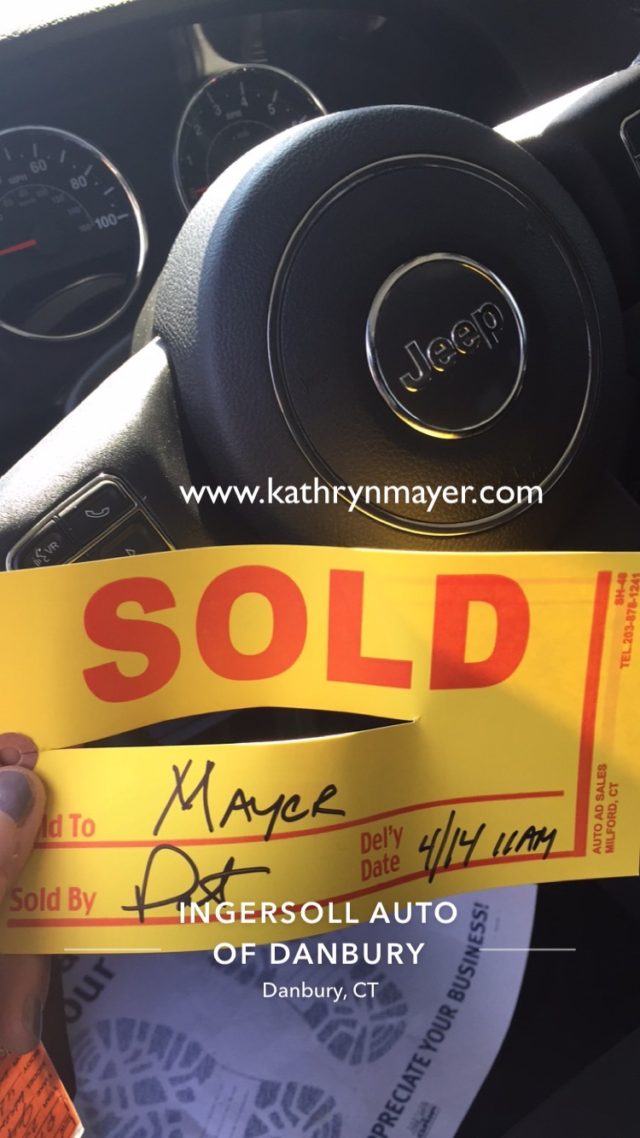 It’s not a midlife crisis exactly, it’s more of a life crisis. Life or death. The death of a car, a lifestyle. One chapter closes, and the roof comes off. Or at least it does on a Jeep.

The family car, a used Honda Pilot, was bought spur of the moment, the only requirement being it started on a regular basis, and we all fit. It had to seat as many as possible, as in A LOT, with tinted windows so no cop could count exactly how many were inside at a time.

Our family vehicle, a sparkly blue Honda Pilot had seating for 8 legally, 10-12, maybe 15 when they were small, double-buckled with a couple dogs as air bags, now has over 200k miles on it. Well over. Two hundred thousand well earned miles, taking kids to and from fields, courts, and pools across the state, and moving first one, then two, then three kids into and out of college dorms, and then in and out of apartments in Boston, New York, and Delaware.

Now with 200+, possibly 230k miles on it, she was still going strong, albeit interior is vastly duct tape, speakers don’t work all the time, a/c temperamental, engine light on all-the-time, ditto with TPMS (tire pressure doo-dad) but mechanic says runs good, will cost couple hundred bucks to get lights turned off, so lights stay on. Except headlights. They’re sometimes on, sometimes off. Depends. 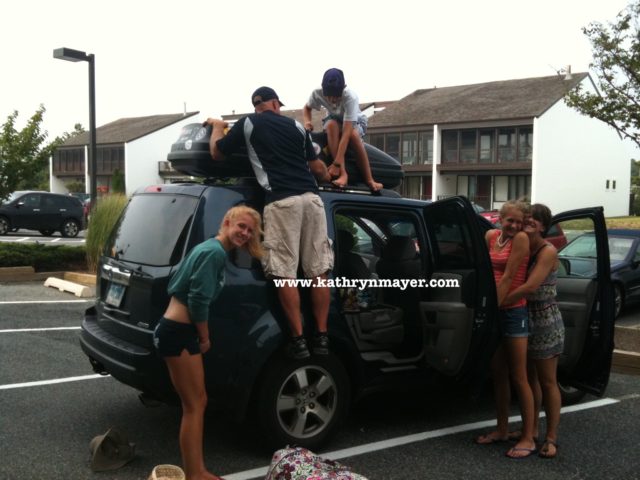 I know we could get another 50 thousand miles on this baby, but kids are mostly gone, and Trump happened. The Honda has lived a good life, but needs to be put into retirement, or at least handed down to a well-deserving kid capable of checking the oil and keeping enough gas in it to get around town.

My new auto purchase is a direct result of Trump presidency and his frightening policies and twitter feeds.

If Donald is going to get in a pissing contest with North Korea, I simply don’t want to be driving a Honda Pilot with 230 thousand miles on it. It’s that simple. 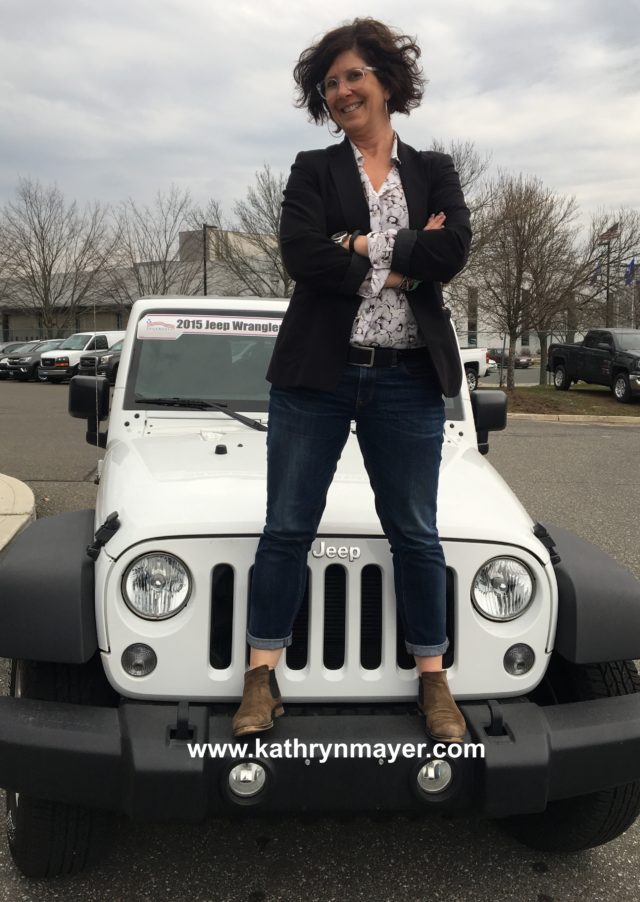 My kids are worried. 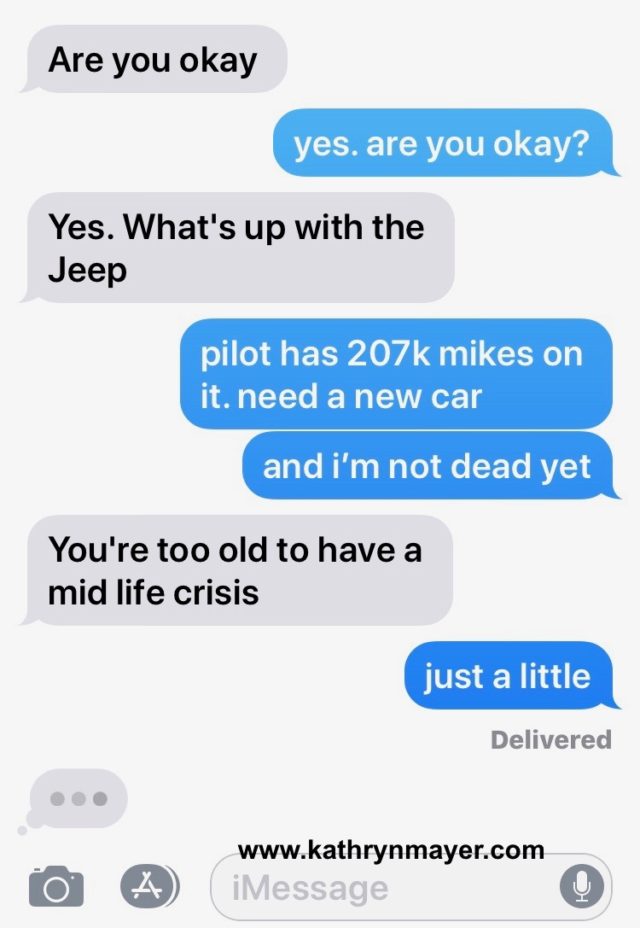 Life is too short, and Trump may indeed make it shorter. In the meantime, I’m driving a cool car. Went to the dealership and test-drove many, many reliable, typical, comfortable cars that people my age are prone to purchase. FUCK THAT.

I opted for something different. A flashback to younger days, a different world, pre-kids, pre-Trump.

Once upon a time, I drove a yellow Jeep Cherokee through the woods and fields and onto the bluffs overlooking Lake Ontario. 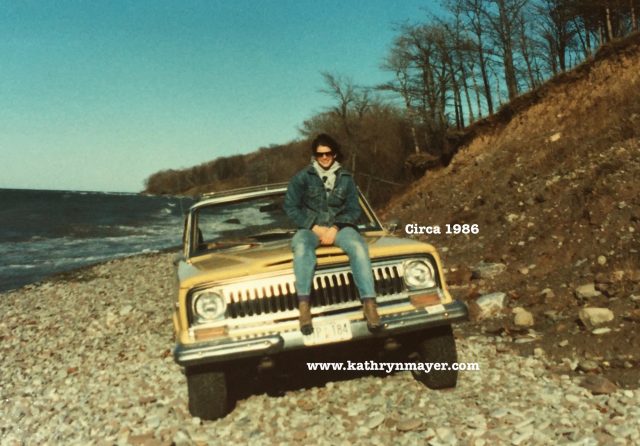 Then I graduated to a CJ-7: four-wheeling, topless (eh-hem), camping, beaches, concerts, and, eventually … to the chapel. 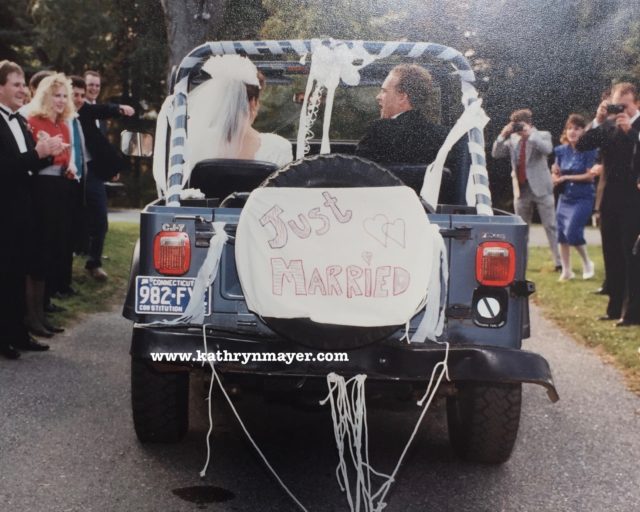 So maybe it is a midlife crisis.

I’m not sure what a basic bitch is, but here I am.

When an unexpected guest arrives at your colonoscopy
No joke: you are reading a National Award-Winning Columnist

An irreverent storyteller with a foul mouth and big heart, Kathryn Mayer (aka Kathy and/or Kate) is a writer, humorist, and (former) activist writing out loud with humor and grace about little life moments with big ripples, including the space between parenting and aging parents, social issues, angsty reflections of midlife, and, sigh, gun humpers. Still. Sometimes a big deal, sometimes not Mayer is a national award-winning columnist, according to the National Society of Newspaper Columnists, and her essays have been recognized as Voice of … END_OF_DOCUMENT_TOKEN_TO_BE_REPLACED