Got this text from my kid this morning, a female college senior at what’s considered by some a dude engineering school, ready to graduate and make her mark on the world. 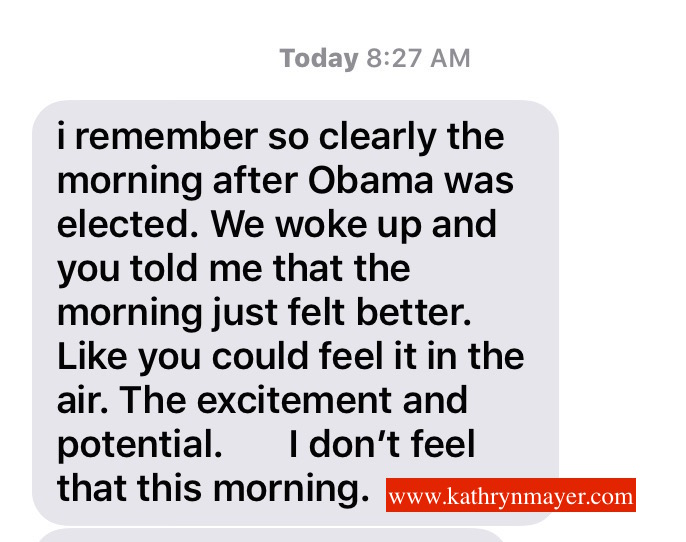 Bring us your racist, misogynistic, fear mongering, xenophobe sexual predator tax cheating liars. We will give them shelter, at 1600 Pennsylvania Avenue, and endless opportunity. Do whatever you want, to whomever you want – as long as she’s an 8 to 10 – then brag about it. Take what’s yours. You deserve it. Be rude, cheat, lie, abuse privilege.

Pay no attention to the women, the girls; ignore completely the brown, tan, black  – any person of any color not yours. Mock and scorn those with different than you: with special needs or disabled or struggling or weak. The gay, trans, queer community? Irrelevant. Invisible. Disposable. Not in this America.

There goes a collective 24 years of parenting. So much for my deliberate, consistent conscious effort to instill kindness, empathy, tolerance; common decency, honesty, and accountability in the four aspiring adults I’m attempting to grow.

Do the right thing, even is no one is watching, I tell them this over and over again. Because that’s what my dad told me.

Why bother? If you do the wrong thing, brag about it, and you too can be President of the United States.

It’s a new day, and we will try harder to make stronger connections so more people are outraged and decide we are better than this. Kinder. Stronger. Resilient.

I wanted this to be a positive post. I want to offer hope and goals and plans for where we go from here. I’m trying. I’m really trying. And I will get there – we will get there – but today is tough.

But I didn’t think there was so much hate in the world. I honestly thought the hate was a small, loud, angry, hateful minority. I’m not shocked Hillary lost; I’m shocked at how completely naive I was about the overwhelming support a hateful demigod accrued.

Never did I think they walk amongst us. Armed. Filled with hate and now the permission to go forth and take what’s theirs.

It’s heartbreaking and exhausting to think this is what we’ve become.

Our first black president has extended an invitation to the next president, a white supremacist, to offer a smooth transition of power.

This is not lost on me.

Give yourself today. Lick your wounds, binge on Netflix, go for a hike or a run, or hide under your blankets.

Then get up and get going. We have work to do. Not in four years, not next November but today. Or tomorrow if you must. But do not say he’s not your president or you’re moving to Iceland or giving up and going silent.

We can’t do that. The world is watching. Our kids are watching.

After the shooting that massacred 26 people in the town I love to call home, I struggled to get out of bed. And I lost no one. I’m nobody. 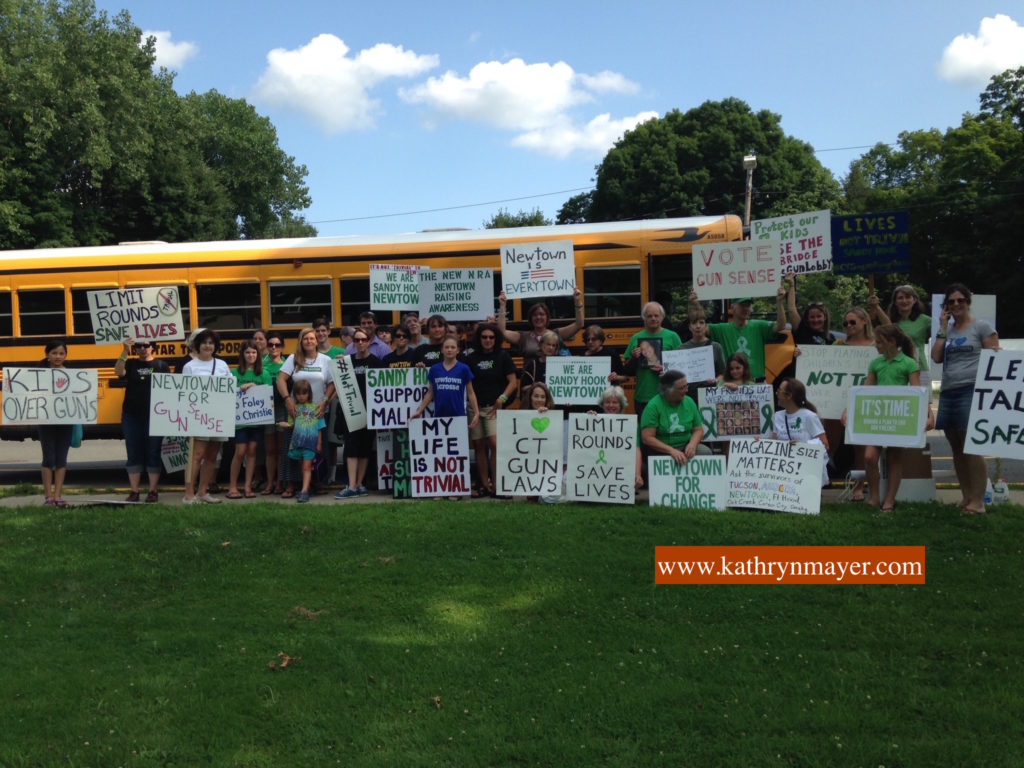 I was broken. Still am. It will never go away, but laughter did return and action does provide a sense of purpose.

Kid4, who we affectionately call Boy, is trying to increase his vertical jump for high school basketball tryouts in a couple weeks. Can’t help but notice athletes squat really low before swinging their arms and jumping as high as possible, then stretching high above – fingertips extended to that highest spot, to reach even above what they ever thought possible. 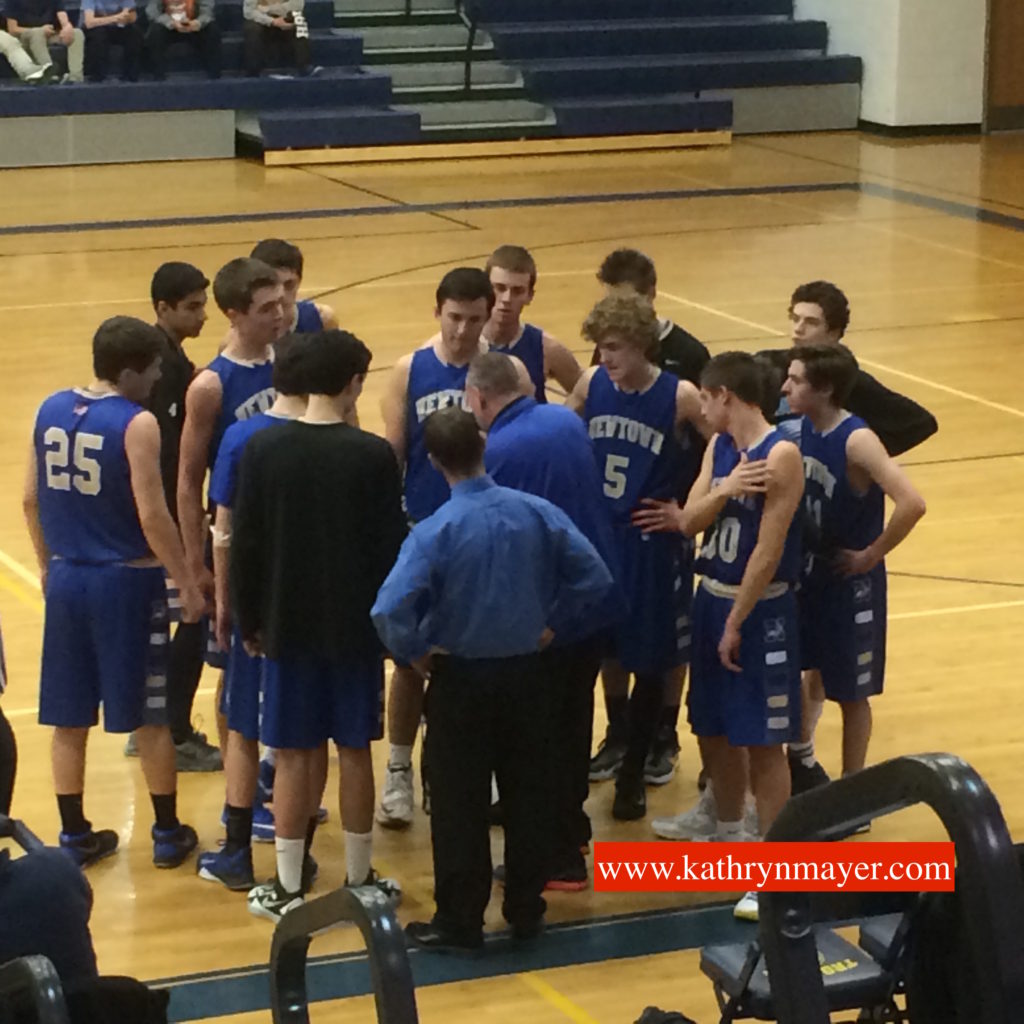 Maybe we have to go this low, to reach even higher.

Someone once called me a cynical optimist. I love that so much I want to put it on my business card. I’m trying. I really am. But yesterday made it hard.

They walk amongst us. The racists, sexual predators, misogynists, bullies – they’re everywhere. We knew that, but I don’t think any of us thought there were so many, unashamed, unabashed, and unafraid to reveal, share and celebrate such hate.

Like it or not, Trump is now my president, and yours too

I accept the people have spoken, but I refuse to accept this as accepted behavior and today – not tomorrow, not next November, not in four years – today I start to work in small little ways to create kinder, safer communities.

Small insignificant actions to connect people, through stories, through networking and talking and tweeting and facebooking and loving, to make the world smaller and kinder.

When the world gets smaller and more people know more people, then fear and hate is no longer about about “them” – women, people of color, immigrants, disabled, gay, queer, jewish, muslim, atheist, evangelical, whomever is not you –and labels will be removed and humanity revealed.

Yes, hate was elected to the White House, and half of our country is okay with that. More than okay. Proud in fact.

Election day musings: this one’s for the girls
What to do with your Trump anger and frustration

An irreverent storyteller with a foul mouth and big heart, Kathryn Mayer (aka Kathy and/or Kate) is a writer, humorist, and (former) activist writing out loud with humor and grace about little life moments with big ripples, including the space between parenting and aging parents, social issues, angsty reflections of midlife, and, sigh, gun humpers. Still. Sometimes a big deal, sometimes not Mayer is a national award-winning columnist, according to the National Society of Newspaper Columnists, and her essays have been recognized as Voice of … END_OF_DOCUMENT_TOKEN_TO_BE_REPLACED