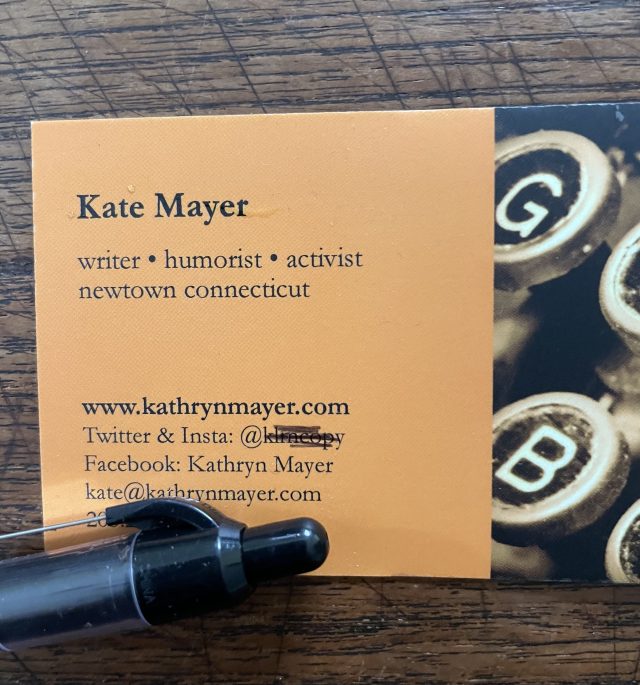 For almost a decade, I’ve had writer, humorist, activist on the bio of my Instagram, Facebook, and even here on the blog.

FFS it’s on my business card.

I’m slowly but surely taking activist off the list, because as little as I did before, I’m doing less now and the term should be devoted to people in the fight, not those on the sidelines.

Where I firmly am.

Maybe forever, but definitely for now. The gun stuff, I can confidently say I was an activist — not just talking the talk, but also lobbying locally, statewide, and even knocking on the doors of the biggies in Congress. I made the calls, wrote the emails, spoke publically, and repercussions were fast and furious. Hate mail, drive-bys, stalking, dirty looks — didn’t care.

Did the work anyway, despite kind people like the sample shared below. 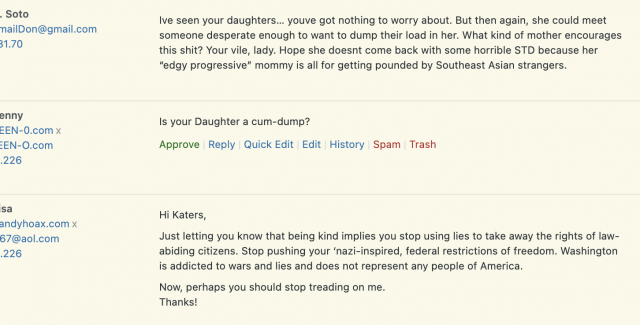 I was a single-issue voter, when access to weapons of mass destruction mowed down classrooms of kids in my town. That was it for me, voting gun control (there, I said it) like (most) Catholics wave their pro-life banner to excuse their support for the rapist in chief.

But the issues are too numerous and the world just so crazy; most days it’s all I can do to keep doing. My activism has diminished over the past couple years, and using the term activist when I am no longer is disingenuous. And a lie.

Maybe if it’s the pandemic, or the empty nest, or the personal devastation of a broken heart, but I not only logged off of most social media, but also from all things I can no longer commit to.

But activist I am not.

So I need to update my LinkedIn bio to observer instead of activist. Is there a better word?

I feel like more of a bench player — ready to work if called to action. But even that is not true.

Because after years of doing the work, we’re surrounded by people who feel like it there Trump-given right not to wear a mask, even though hundreds of thousands are still dying. So even the emails seem futile. And phone calls self-sabotaging.

At least for me. 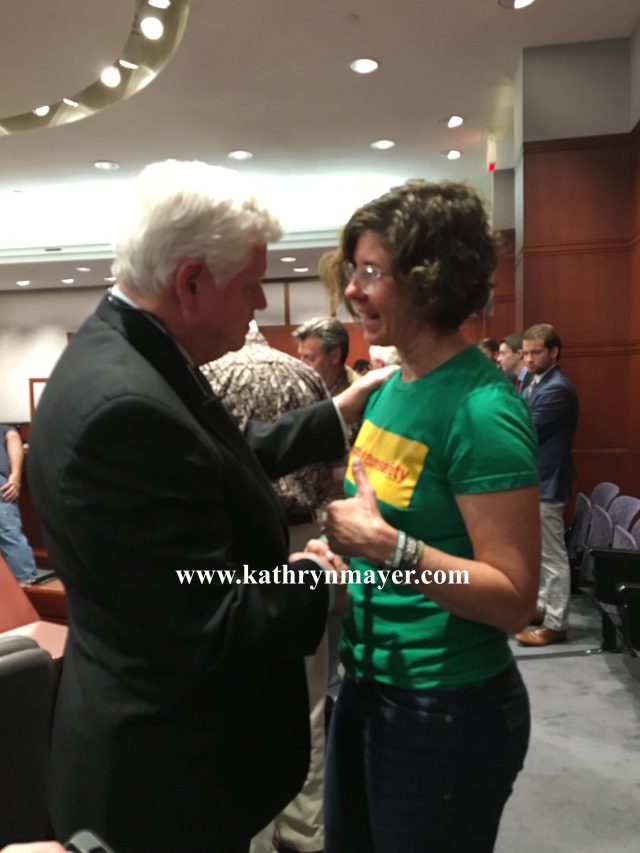 Some days are harder than others, but I personally find it’s all much easier to digest without the reminders of just how fucked we are.

So I’m removing activist from my resume; it’s not who I am.

Maybe it’s not who I ever was, but I tried.

I swear I did.

Now it feels like I’m doing nothing at all because that is exactly what I am doing. Nothing.

Maybe forever, but definitely for now.

An irreverent storyteller with a foul mouth and big heart, Kathryn Mayer (aka Kathy and/or Kate) is a writer, humorist, and (former) activist writing out loud with humor and grace about little life moments with big ripples, including the space between parenting and aging parents, social issues, angsty reflections of midlife, and, sigh, gun humpers. Still. Sometimes a big deal, sometimes not Mayer is a national award-winning columnist, according to the National Society of Newspaper Columnists, and her essays have been recognized as Voice of … END_OF_DOCUMENT_TOKEN_TO_BE_REPLACED